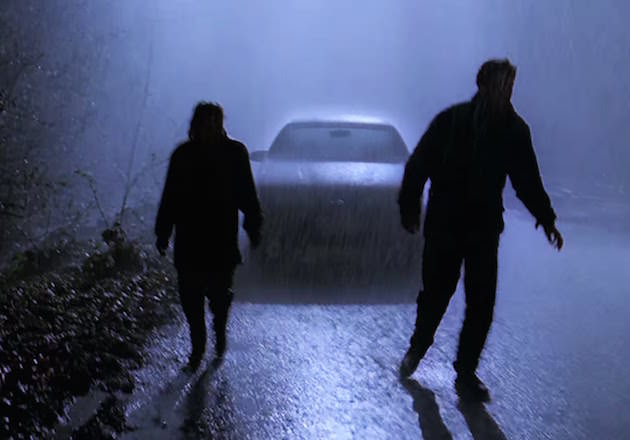 Mulder & Scully are Back in 201 Days of The X-Files

When people think of the iconic TV duos of all time they think of Laverne & Shirley, Lucy & Ethel, Felix & Oscar, Jerry & Elaine – and of course, Mulder & Scully. The new 40-second promo for the upcoming Fox X-Files miniseries has just been released; in it we get our first glimpse of David Duchovny and Gillian Anderson back together after 13, long, Mulder-and-Scully-less years.

When we say glimpse, we mean glimpse. The preview begins with a time-traveling recap of nine seasons of the paranormal partners investigating past mind-bending cases. The future begins at the 0:28 second mark with the haunting X-Files theme, then a silhouetted Mulder proclaiming, “The truth is in there.” And Scully responding, “I’ve heard the truth, Mulder. Now what I want are the answers.” The creators of the promo give fans just enough to whet their appetite.

This sneak peak was released to promote Fox’s “201 Day of ‘The X-Files.’” Beginning last night, (7/7), paranormal beings and humans alike can watch (or re-watch) every episode, in order, one episode each day, building up to the January 24, 2016 event series premiere, following the NFC Championship Game. The second episode will appear the next day in its regular Monday time slot.