Tony Orcena has edited 32 episodes of Modern Family, but the one he gets asked about most was one of the most discussed comedy episodes of 2015. This was the episode that was filmed entirely on a variety of personal devices—phones, computers—as Claire, stuck at an airport, is desperately trying to track down Haley after an argument. "Connection Lost" was a first for television, and it couldn't have been possible with Orcena's editing skills.

We talked to the Modern Family editor about how he helped break new ground on TV, what editing choices he has (and doesn't have) on a show that's shot with handheld cameras and more. 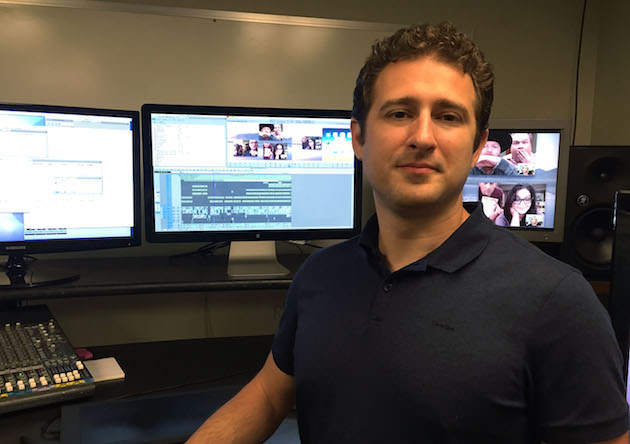 What specific challenges do you face between your work on film and TV?

With TV there’s really a premium on speed. I’m responsible for twelves episodes, which ends up being a week on and a week off, and every other week I get new footage. With a feature, you live with that for six months to a year, and you can move at a little bit of a slower pace. That’s across the board; shooting, production and post production. In TV you have to make decisions and make them quickly, and not get stuck somewhere. I also think that with where TV’s at now, we expect the same quality from TV that we do from feature films.

How does the faux-documentary style of Modern Family change the way you edit?

The biggest thing with the doc style is there’s a lot of tricks you can't use to speed up a scene, like trick two takes into one, things like that. With the doc style, the camera is constantly moving, so you have to edit in a whole other way. For my first season on the show, it was making peace with the fact that I can’t use the fluid morph tool in Avid.

You're going to have explain what fluid morph is.

Sure. Say you have a performance and there’s something in the middle between two lines you don’t want. If you chop it out and cut the footage together, it jumps, but with fluid morph, you can cut it out and then morph the scene together and it looks seamless. But with the doc style, you can’t do that because the scenes are shot using handheld cameras, and that whole tool is predicated on the fact that it can find multiple spots on the screen that don’t move. With the doc style, or anything handheld, all of the X, Y and Z axises are moving, because the camera’s moving, so if you try to use that tool it looks like the actors are turning into the Incredible Hulk [laughs]. That’s a trick you’d use on a more standard show, but with handheld that’s just not on that table. I really had to learn how to edit in this specific medium.

What are the editing methods you can use thanks to the documentary style?

You can do whip cuts. A lot of times we’ll have a character say something, then the camera will move really quickly over to another character, whip over, to get that character’s reaction. And that’s one of the great things about the show, the camera does a lot of the storytelling for us. It allows you to stay in the show a lot longer than you would otherwise because the camera’s doing a lot of the work for you. I take my ego out—as an editor you want to cut—but for this you sit back and let the camera do the work.

Okay, let's discuss "Connection Lost," the episode everyone was talking about last season.

For that episode I really wore a lot of hats. I was way more involed early on in that episode than I would usually be in pre-production. Myself and VFX producer John Brown got involved early, just because this was completely different from anything we’d done on the show. Luckily, I’d worked on commercials, and had worked on campaigns that were similar to this. We had an idea of how we were going to do it, but the biggest challenge was that everything we did early on affected what we did later. We had to block out was happening on the desktop based on where we were going to be later. You're on that desktop for seven straight minutes without a single cut, so a lot of the challenge was to do that without it being jarring, so what you do in the first seconds has to make sense seven minutes later. 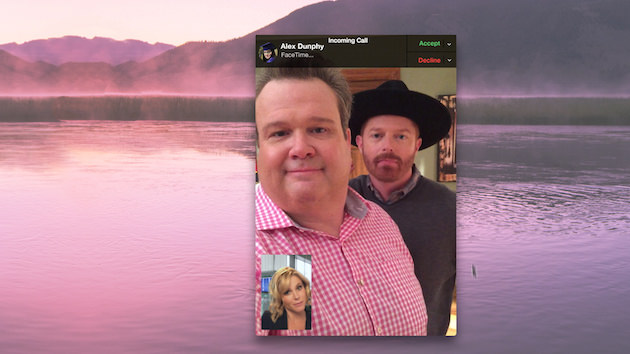 How did you structure the episode?

We’re at 21 minutes after you account for the commercials, so each act had to be continuous, and then the commercial break would provide us the opportunity to reset the stage. It needed to appear like there were no cuts, so each act was one continuous shot. It wasn’t of course, there was more edits in one act of that show than every episode I’ve edited combined. We were constantly cutting, but we had to find really creative ways to cover that up.

How'd you cover up the cuts?

The easiest way was if it was anyone other than Claire, they're using their phones, and phones have connection problems, so we’d stutter step the footage for a few seconds, which gave us enough time to get from one take to another. This enabled us to do some camera moves, zooming in, moving left to right, so you could get just enough blur in the movement to jump the take or take a little time out of the take. Because Claire was in the Chicago airport, we had her on the laptop and we shot her on green screen. Because of that we could fluid morph her. We couldn’t’ do the glitches with her, so for Claire, because her video feed is going directly into the camera, she’d never glitch, but everyone else would, because they’re on the airport wifi. 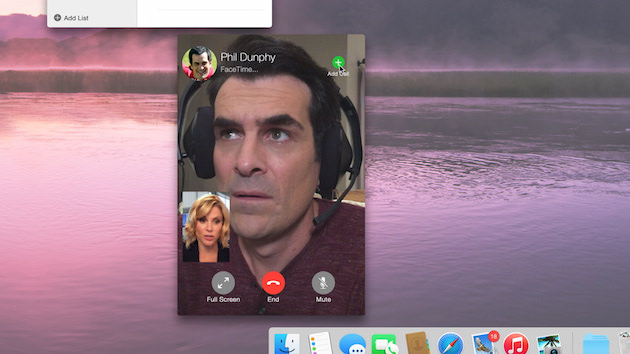 How long did this episode take to produce?

The whole episode was five months, whereas we’d normally spend three weeks on an episode. For the VFX and my work, we bled into each other a lot more than we normally would. They were in the next room, and they’d bring in elements which I’d cut up and make a rough cut, then they’d reanimate it based on my cut. It didn’t stop. Usually you choose a performance, pace it out and your job is done, and you turn it over to VFX. But for this episode, the edit was never really done until it was ready to air. It was a lot of back and forth between us.

Have any favorite sequences?

I hate to say it, but the ones I love the most are the ones that just came naturally. Two season ago, the season premiere, Phil and Gloria are the background actors in this commercial, I just love that scene. They were just brilliant, they gave me so much to work with. The beauty of editing is that a great edit is one where the viewer doesn't think the editor did a thing. I’m supposed to be in the background. When people read about it, it’s my job to make it look like everything was perfect on the page, on the set, in the performances—if my hand is present, I didn’t do the thing I was supposed to do. When I see great editing, I forgot it was edited.