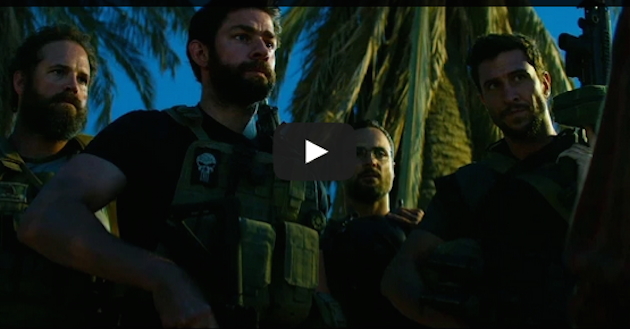 Paramount released the first trailer for Michael Bay's 13 Hours: The Secret Soldiers of Benghazi, portraying the Sept. 2012 attack on the U.S. consulate in Libya. The trailer begins with swiftly cut images of the U.S. consulate, one familiar face (John Krasinski, playing Jack Silva, a former Navy SEAL who we'll assume is one of the secret soldiers of the film's title) and text that read, "In 2012, the threat level in Benghazi, Libya, was deemed 'critical.'" The film is based off the events of the attack as recounted by writer Mitchell Zuckoff and the Annex Security Team in their book, "13 Hours: The Inside Account of What Really Happened In Benghazi."

While Bay has his share of detractors, the trailer is undeniably intense, and the look and feel is credibly gritty, sweaty, and terrifying. While the film's not out until 2016 (when the Benghazi story will likely resurface again during Hillary Clinton's run for the White House), this trailer provides enough of a punch to warrant closer attention as the premiere date nears.