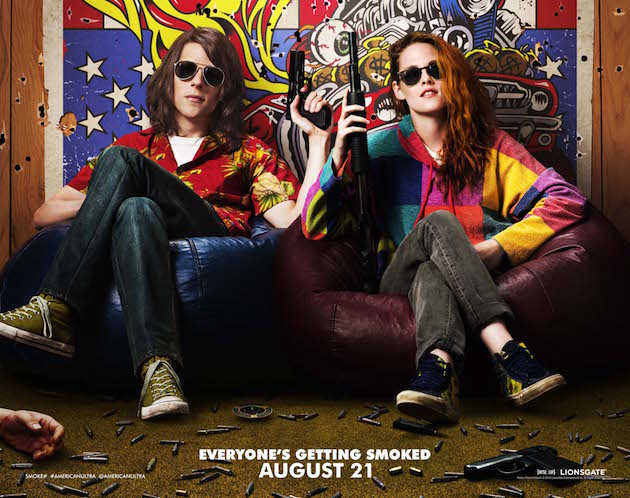 Jesse Eisenberg as a stoner? Sure, that’s easy enough to imagine. Jesse Eisenberg as a Jason Bourne-like secret government sleeper agent who was turned into the one of the most lethal humans alive, was relieved of the memory of his training, and then called back into action by a clandestine agent played by Connie Britton? We’re in. It's a major bonus that his love interest in American Ultra is played by Kristen Stewart, who gets to shed the seriousness of previous projects and let her laid back charm shine through.

Eisenberg and Stewart are joined in this action comedy by the aforementioned Britton, John Lequizamo, Topher Grace (the government honcho trying to have Eisenberg’s Mike Howell eradicated), Bill Bullman, Tony Hale and Walter Goggins, to name a few. Written by Max Landis (Chronicle) and directed by Nima Nourizaedh (Project X), this August 21 release could be a sleeper hit itself.

No Time to Die: How Cary Fukunaga & Phoebe Waller-Bridge Crafted a Role for Ana de Armas