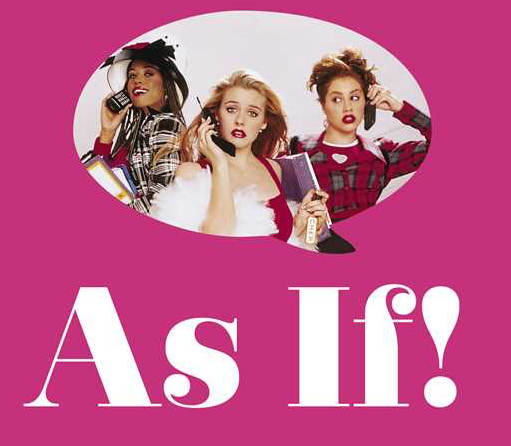 Jen Chaney Discusses Her Book “As If: The Oral History of Clueless

"Okay, so you’re probably going, 'Is this like a Noxzema commercial or what?' But seriously, I actually have a way normal life for a teenage girl." So said Cher (Alicia Silverstone), nearly 20-years ago to the day in writer/director Amy Heckerling's Clueless, which marks it's 20th anniversary this Sunday. Heckerling's film took it's inspiration from Jane Austen's "Emma" and transported it 180-years into the future and some 5,500 miles west to Los Angeles in the mid-90s. The adaptation is loose, lighthearted, and expertly managed. The exploits of the pretty, popular, rich girl Cher and her clique (Stacey Dash as her bff Dionne, Donald Faison as Dionne's boyfriend Murray, Paul Rudd as Josh, and the late Brittany Murphy as new girl Tai) are handled with such intelligence and compassion that the film became a touchstone of the era, and has managed to age well enough to argue for a book on its' creation, written by longtime journalist Jen Chaney.

"As If: The Oral History of Clueless As Told by Amy Heckerling, The Cast and The Crew" is as book not just for Clueless fans, but film lovers, as it details the countless decisions, mistakes, happy accidents, and passion that makes the filmmaking process such a bountiful source for a writer as skilled as Chaney. The making of Clueless it's especially poignant, as the film has not only become a snapshot of an era so lovingly rendered, but also was launching point for members of cast and crew, and, as mentioned above, a reminder of the people, like Murphy, we have lost.

I spoke with Chaney about how she came to write this book, what surprised her over the course of her many hours of interviews, and why she thinks Clueless has held up so well. 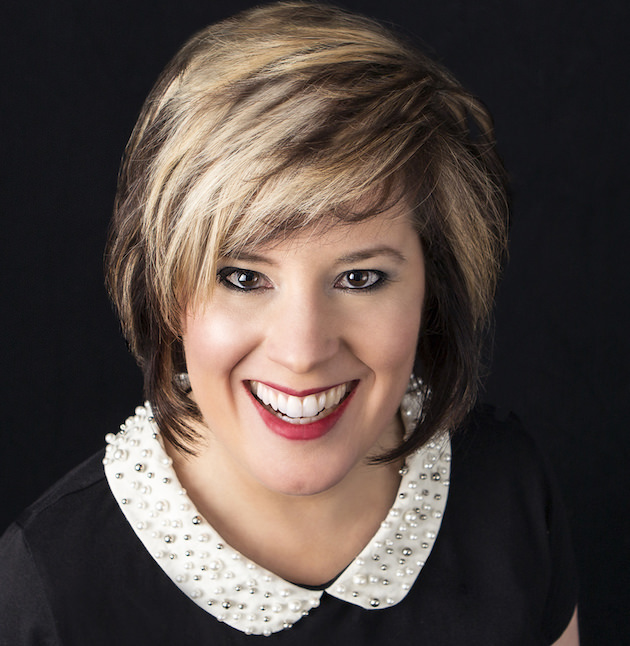 So let's start at the beginning—how did you come to writing this book?

It really started when I wrote a piece for Vulture a couple of years ago, they did something called micro oral history week, where everyday they were running an extremely specific oral history, a particular moment in a film, a particular scene. One of my editors asked if any of the subjects appealed to me, and the party in the valley scene in Clueless jumped out at me. A lot of things happened from a plot perspective in that sequence. I wrote that piece and it garnered a lot of attention online, then a few weeks later an agent reached out to me and said that the piece struck him as something that could be a book.

That's always nice, to have someone reach out to you and say, 'Hey, write a book!' Did you have any reservations?

I’d thought about doing one on ET, but I’d never settled on one, then when this was suggested, I sat down to write the proposal to see if there’s enough to justify the book, and then I felt we had enough there.

Did you feel from the beginning the film warranted an oral history?

The article was so focused on the beats in that scene, not the overall legacy of the film, but of course that did come up when I talked to people. So it was very obvious to me that people hold the movie in high regard and have such affection for it. The response to the article for me was, wow, people really love this more than I thought they did. In terms of the legacy of it, and thinking of why people respond to it, that was something that came up when I was writing proposal.

How'd you dig into the book writing process?

One of the things I did very early on, I knew it was based on Austen's Emma, so I went back to Emma after watching Clueless more, and I talked to several professors who teach Jane Austen, and I talked to Amy Heckerling about how she updated things for the film. It deepened my appreciation for what Heckerling did…here was a novel published in 1815, and it still holds up beautifully, and I think Amy made it relavent to teenagers today. She reinvented things in such a clever way, going from a carriage ride to a convertible car. I think Heckerling also pre-anticipated things about our culture, and you can watch Clueless now and so many things are still relevant. The cell phone stuff, when they’re all at the table and the phone rings and everyone goes to pick it up, that idea of everybody being connected, that was not the case in 1995, certaibly not 15-year old girls, but you watch it now and you’re like, Oh, that’s our culture. Amy was really smartly tapping into something that is everywhere now.

What did you find out in talking to the cast and crew that surprised you?

I spent the most time talking to Amy, as this was her baby since the beginning. Sure, I loved talking to Paul Rudd, Wallace Shawn, all the people who are prominent in the film, but I really enjoyed finding the people who had smaller roles, and people in the crew who never get quoted when talking about Clueless. You don’t get to hear Bill Pope, the DP, and his experiences about the film. He was so funny, articulate, and smart, he did The Matrix, Spider-Man with [Sam] Raimi, but he has such warm memories of Clueless. Talking to Jace Alexander, or Ron Orbach, these actors are in one scene, but they’re great, and that one scene has followed them for their whole careers.

There's a lot of great actors playing adults in this film as well.

The adults are somewhat perpipheal in this film, but theyr’e memorable. Wallace Shawn, Twink Caplan, Dan Hedaya…of the kids, who are obviously not kids anymore, they’re still out there doing things, Donald Faison, Jeremy Sisto (Elton in the film)…obviously it's very, very sad about Brittany Murphy. And one person I found really interesting to talk to was Justin Walker (Christian in the film), he never really had another big movie, and had a tough time keeping his acting career going, and ultimately did other things with his life. I think it’s a little bit tough for him to talk about Clueless, and I think he wants to try acting again, but it’s just interesting to talk to an actor who was in a breakout hit and still had a hard time, which is much more common, and has to make a decision about what to do with his career .

What were some of the funny things you found out about the production?

A lot of it to me, as a fan of movies, I’m always delighted by the behind-the-scenes stuff, the little details I never realized. Some of them people may know already, like in the debate speech where Cher says “Haitians” but pronounces it “Hate-e-ans.” That wasn't in the script, Alicia just pronounced it wrong, but Amy Hekerling didn’t want to change it because she thought it was so perfect.

When he was working on the film, Paul Rudd was out to dinner with a friend and he was held up at gunpoint, but he didn’t really have any money, but the guy did take his bookbag with his Clueless script and Walkman. He fired a gun near Paul’s head, too. In the film, Cher’s held up at gunpoint, so the contrast between those two situations is really interesting to me. There’s a lot of stuff in the book about the costumes, I was fascinated by the fact that a lot of the time during the shoot it was raining, it was an El Nino year, yet you watch the film and the sun is always shining. That’s the magic of Bill Pope and the lighting department, making sure the scenes are as bright and vibrant as possible. It’s a lot of that kind of detail that really brings it to life.

You can find Chaney's book here.

Featured image: The cover of "As If: The Oral History of Clueless, As Told by Amy Heckerling, the Cast and the Crew.