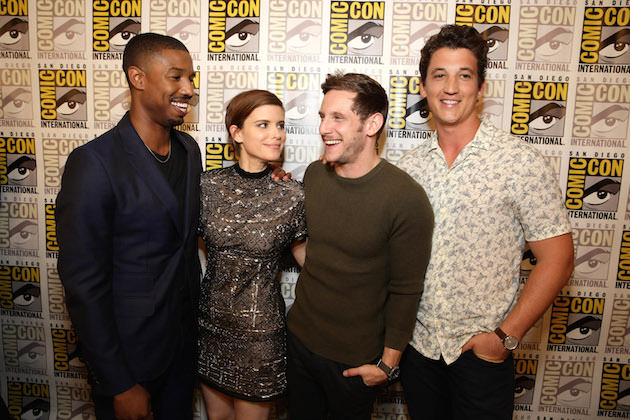 As we inch closer to the August 7 premiere of Fantastic Four, the re-imagining of Marvel’s iconic and longest-running superhero team, the studio is dropping little nuggets to satiate us until the release. The latest is this “Invisibility” featurette, which stars…theoretical physicist Dr. Michio Kaku?

Yup, that’s right, the author of “Hyperspace: A Scientific Odyssey Through Parallel Universes, Time Warps, and the Tenth Dimension,” “Physics of the Impossible: A Scientific Exploration into the World of Phasers, Force Fields, Teleportation and Time Travel,” as well as a guest on dozens of television shows (including The Colbert Report, Real Time With Bill Maher and The Late Show With David Letterman), is on hand to not just plug the film, but to show how invisibility isn't pure hokum.

“For most of the last century, scientists thought invisibility defied the laws of physics,” Dr. Kaku says…until recently. He then proceeds to….well, you’ll need to watch it. While we're still a ways away from having a real life Sue Storm, aka the Invisible Woman, we're not as far as you might think. The meta-materials Dr. Kaku showcases are being studied in places like the Defense Advanced Research Projects Agency (DARPA) and the Cavil Foundation, where research into invisibility cloaks and other uses of metamaterials is well underway.