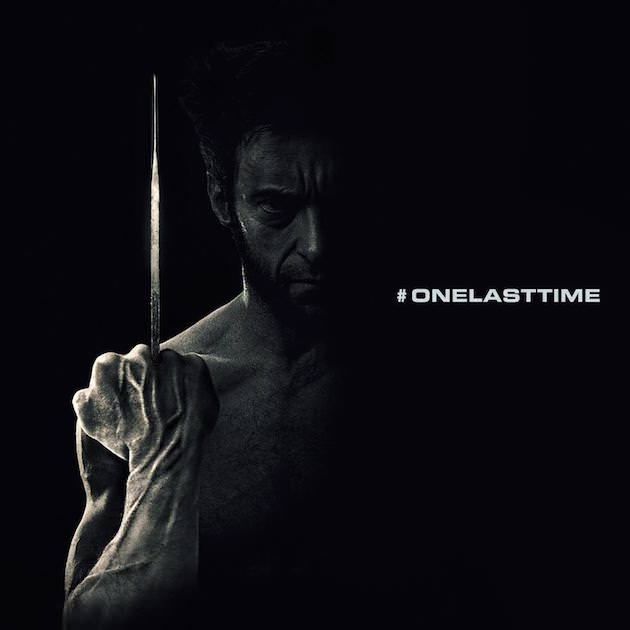 Hugh Jackman will put away the claws after his appearance in the upcoming, stand alone and as of yet untitled Wolverine film. Jackman’s been having fun with his long goodbye, as evidenced by the latest image he posted on his Twitter feed. We’ll assume he’s flipping off his adversaries and not us, his fans.

There have been hints that Jackman’s final turn as Wolverine will revolve around the Old Man Logan storyline from the comics, set fifty years into the future, where the supervillains have banded together to finally destroy all the superheroes, Logan/Wolverine included.

For now, we know next to nothing about Jackman’s last turn as Wolvy, but we do know he’s asked his fans what they’d like to see happen in the final film, and, as to be expected, there have been some creative responses from the Twitter-verse.

A few of our favorites include:

A request for Wolverine to make like Edward Scissorhands and do some creative pruning.

A Wolverine versus Hulk match (multiple people request this).

Have Wolverine eat a hot dog using his claws (?)

Get involved in geopolitics

Have Wolverine join the Kurdish resistance and fight ISIS.

Enjoy his burgeoning relationship with Yukio, which was starting to brew at the end of 2013’s The Wolverine.

“For him to fall in love and be happy!”

“I want your Wolverine to have a happy ending that includes love, joy, fulfillment, peace, and happiness. He deserves it.” Awww.

Several people ask that Wolverine don his yellow costume, popularized in the cartoons. More than several. Lots of people want to see this.

Seriously, someone asks him to do this.

What would you like to see Jackman do as Wolverine for a final time?