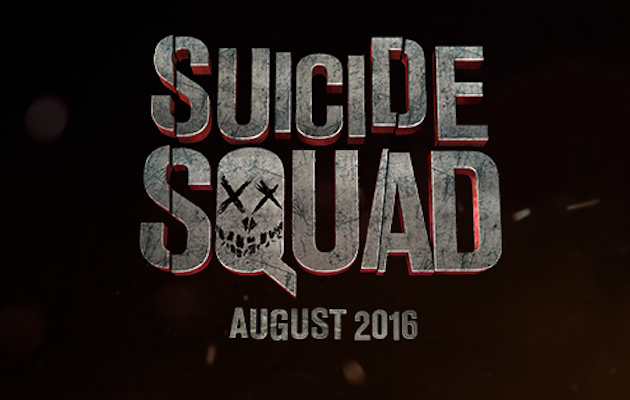 "Oh, I'm not gonna kill you," says Jared Leto's joker, whose wears less makeup and more bling in his teeth than Heath Ledger did in his iconic performance in the role in 2008's The Dark Knight. "I'm just gonna hurt you really, really bad." After watching the first look at David Ayer’s Suicide Squad, we're pretty sure Warner Bros. won't be hurting when they release this film in a little over a year.

In fact, it might just be a match made in heaven—or perhaps more accurately, hell. Ayer, who staged the action in Fury with such command, getting to lead a film about a cast of villains, and only villains, on a mission to take out the worst of them all (the Joker, naturally), in Warner Bros. darkest superhero flick since the last time we saw the killer clown in The Dark Knight. In the trailer WB dropped at Comic-Con, we’re introduced to a jarring cast of characters without a white knight among them: Going after Jared Leto's Joker, is Margot Robbie as Harley Quinn, Cara Delevingne as Enchantress, Will Smith as Deadshot, Viola Davis as, the woman who brought them all together, as Amanda Waller, and Ben Affleck as, of course, Batman. And while Christopher Nolan is rightly credited with plunging superheroes into the muck and mire with his Dark Knight trilogy, Ayer is perhaps even a more skilled craftsman when it comes to pure action, and with a story filled with lunatics, he may even be having more fun than he did with Denzel Washington’s deranged cop in Training Day.

While a year away from premiering, Suicide Squad joined Deadpool and Star Wars: The Force Awakens as a big winner at this year’s Con. The trailer proves why: