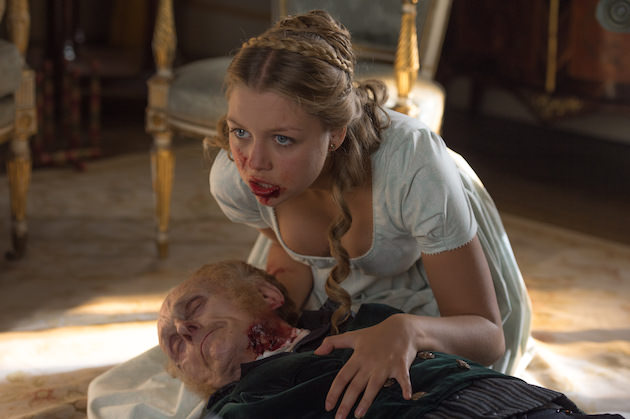 Director Burr Steers (Igby Goes Down, 17 Again) said in an interview that his new film, Pride and Prejudice and Zombies is about "the most repressed society you possibly could imagine and then bringing in the element of these agents of malicious chaos to bear. More so than early 1960’s America, where you had [George] Romero’s monsters as metaphors in those movies, challenging white hegemony. This culture is even more uptight. Instead of studying past portrayals of zombies, "I approached it like a real movie, so my research was more like the effects of meth on people to see them change, as they get all desiccated and drawn, their eyes not looking right at you, very spooky.  And then there was a study in an old black and white film about people who had contracted rabies, like the Tuskegee experiments where they weren’t trying to cure them. They just wanted to see the effects of rabies on people. And the old zombie watchers in Haiti.” 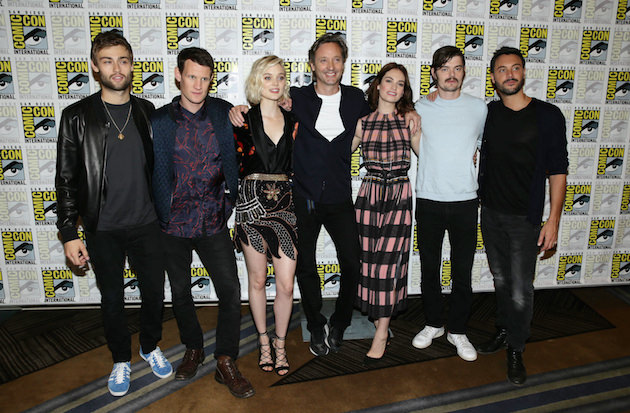 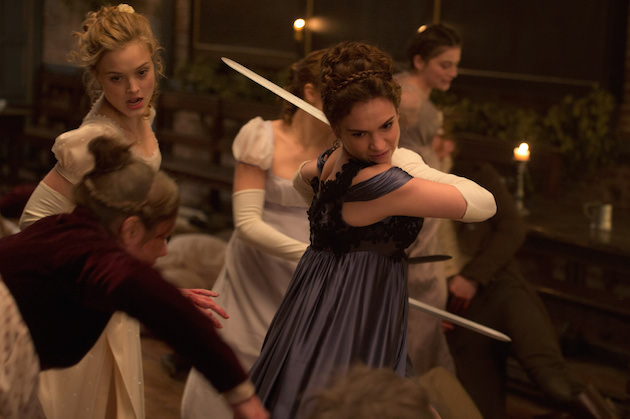 The setting for this re-imagining of one of the world’s most acclaimed and beloved novels and an apocalyptic outbreak of zombies is "Regency England slightly askew," Steers says. "It’s an alternate world. It’s changed.” He explained that in the world of this story, “this zombie outbreak started about 70 years earlier, which is why they’ve all grown up with it. Even the architecture of the buildings reflects the reality of the zombies.” For him, it was a parallel to the real-life conflicts barely mentioned in Austen’s stories. "In Jane Austen’s books, one of the big elements is the Napoleonic wars. She never talks about them but you have all these handsome soldiers around. So we’re taking out the Napoleonic wars and replacing it with zombies. These characters take [the zombies] for granted because they’ve all grown up that way. They were trained in China in martial arts and things like that.” 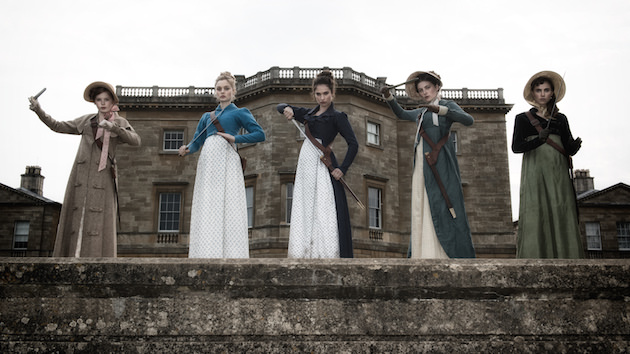 Steers did not just rely on the best-seller that inspired the script; he spent even more time going over Austen’s original.  "My idea was that you create this alternate world and then you set Pride and Prejudice in that world, in the same way you would set Richard III in Nazi Germany to have it yield something new.” As the film gets ready for release, "I’m still trying to decide if we have too much of one element or the other. You weed it out. It’s like building an eco system, step by step and everything in one part of the movie affects everything else. What works in "Pride and Prejudice" is that you’re invested in the characters,” Steers said. "The fact that we pulled that off was something I was proud of. And we have really clever effects with some of the zombies and the specific ways in which they….decay."

Steers is especially proud of a scene where “the five sisters first come in. The balls have been attacked by zombies and that’s problematic because they turn everyone else into zombies. So, having them walk in and fight, because they’re all trained – there’s something brave about five strong young women coming in and kicking ass. They know how to do it. They’ve had sword training and martial arts training.”  He was very happy that the actresses were able to do so much of their own fight scenes.  "I had some tricks in my bag and I didn’t have to use any of them. It’s nice to have five young really athletic actresses who have to also able to spout Austen dialog. Every actor in this movie is a lead, and every one has the chops to do character pieces.” He compared his cast, which includes Douglas Booth, Sam Riley, Bella Heathcote, Lily James, Matt Smith, and Jack Huston,  to the cast of The Outsiders where every one was on the brink of stardom. "You have this whole generation, a British brat pack, and they are competitive; they all push each other. They are cordial, they’re all friends, they’re all buddies, but they make each other better.'

TAGSComic-Con 2015 Pride and Prejudice and Zombies