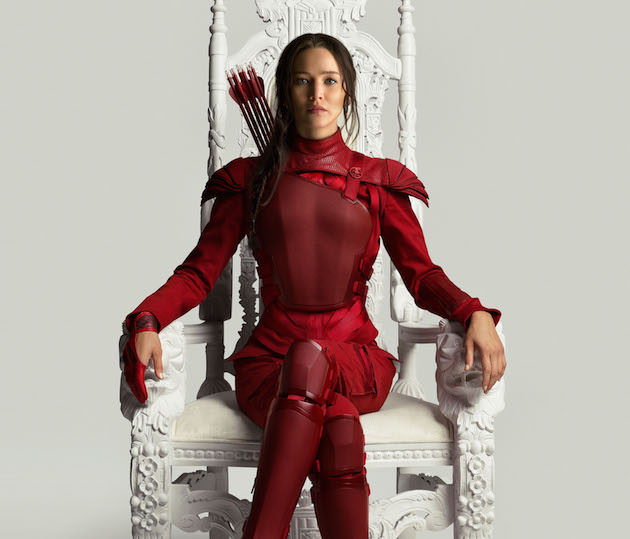 The first full-length trailer for director Francis Lawrence’s The Hunger Games: Mockingjay Part 2 has been released after making its debut to much acclaim at San Diego Comic-Con, and whoa, are we ready for the march on the Capitol. For the six people unfamiliar with The Hunger Games, we will do a quick catch-me-up. The Hunger Games is part of trilogy of books by author Susanne Collins, and the final book, “Mockingjay,” was split into two parts, so part 2 is it—the last we'll see of Katniss Everdeen (Jennifer Lawrence, for those of you just returning from space), Haymitch (Woody Harrelson), Effie Trinket (Elizabeth Banks) and the gang. The story is set in Panem, a sort of European Union-modeled hellscape which consists of twelve impoverished districts (the 13th district was thought to have been destroyed by the Capitol during the first rebellion) and one very wealthy Capitol. Every year children from the twelve districts are selected to participate in a death-match known as the “The Hunger Games,” which is, of course, televised.

But now the districts are done allowing this annual bloodbath and their daily subjugation. In this film adaptation of the second part of the final book, Katniss and the members of District 13 turn their weapons toward the Capitol and President Snow (a perfectly snow-bearded Donald Sutherland). This can only mean an all-out war between the Districts and the Capitol. The trailer is a total sensory banquet, permeated with symbolism (the dark industrial tones of the Districts versus the light colors and rich golds of the Capitol), politics, and of course, love and loss (Katniss's long simmering love with Gale, for example). The march on the Capitol also means that the annual bloodletting of the Hunger Games has now become a global sport—President Snow has rigged the streets of the capitol as if it were the 76th game, and every block is triggered to destroy the rebels in a myriad of terrifying ways (the creatures Snow has created to kill the rebels look like something out of an H.R. Giger fever dream...they're awesome.)

Book fans will find a lot to look forward after watching the trailer – white roses, Tigris, water monsters and President Coin (Julianne Moore) and more. The final 20 seconds of the trailer reach peak intensity, and auger for a seriously satisfying conclusion to what's been a dark, enjoyable ride.

On, November 20th,"the game is coming to its end."