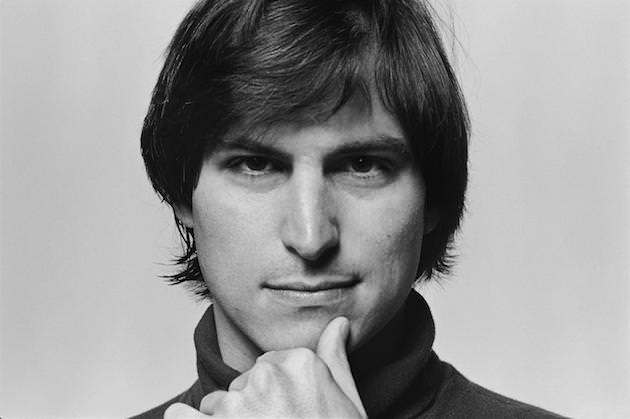 While people are understandably excited about director Danny Boyle’s upcoming Steve Jobs, starring Michael Fassbender and based on a script by Aaron Sorkin, there’s another Jobs film you might want to set a reminder for on your iPhone (or Apple Watch): Steve Jobs: The Man in the Machine. A new trailer, and the pedigree of the director, should pique your interest.

Directed by Academy Award winning documentarian Alex Gibney (Going Clear, Taxi to the Dark Side), and featuring footage and audio of the actual Jobs, as well as interviews with some of the people closest to him, both personally and professionally, The Man Inside the Machine doesn’t flinch from the darker aspects of Job’s personality, which, according to reviews, Gibney pursues with his usual doggedness. Alex Needham of the Guardian writes “It’s a riveting and important corrective to the myths Jobs helped to propagate, and which in the four years since his death have proved as seductive as his machines—and a lot more durable.” Over at Variety, Justin Chang writes that Gibney’s doc is “by turns searching and scorching, and more than willing to speak ill of the dead.”

The trailer offers no lower third titles to tell us who’s speaking, and some of the quotes are delivered as voiceover, but boy do they add up to what sounds like a gripping, if troubling, documentary. Some of those quotes, and the trailer, below:

“Steve Jobs had one speed—full on.”

“This is a 21st century bicycle” Jobs says of an early Machintosh.

“Steve really did create this reality distortion around him.”

“He could convince people to do something they thought was impossible.”

“I lost my wife, I lost my children…”

“He says, ‘If you chose to leave my family, I will personally take you down.’”

“He knows he’s the father…”

“This is a story that’s amazing…it’s got theft, stolen property, extortion, there’s sex in there…somebody should make a movie out of this!” – Steve Jobs

TAGSDocumentary Front of Book Steve Jobs: The Man Inside the Machine Trailer