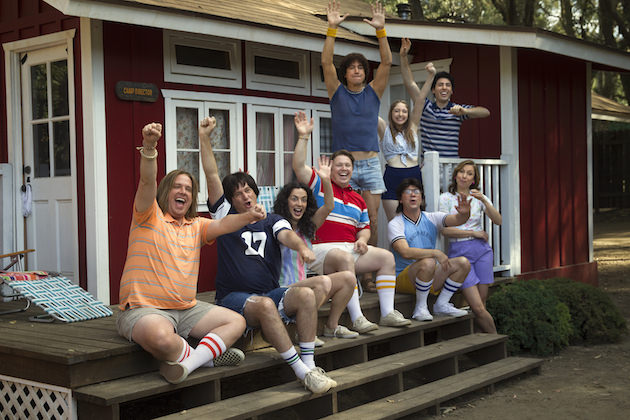 The premise is, in our mind, perfect: the Wet Hot American Summer gang is back, 15-years after David Wain and Michael Showalter’s original classic, only they’re playing slightly younger versions of themselves in First Day of Camp.

“Everyone looks like they’re playing their own parents,” says Amy Poehler.

"We're all really too young to understand any of these things," says Paul Rudd.

They’re joined by new characters, played by Jon Hamm, Kristen Wiig, John Slattery, Jordan Peele and more. If you were a fan of the cult classic original, you cannot miss this.