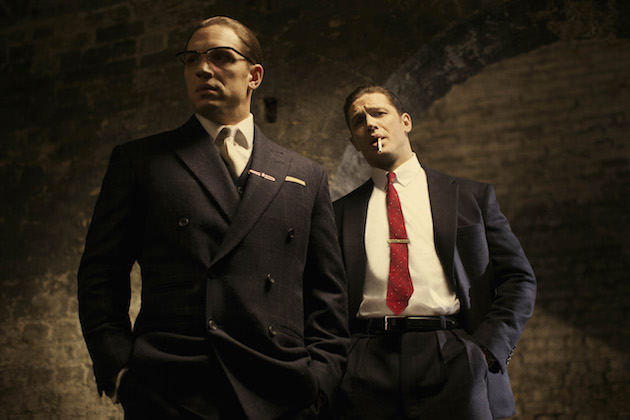 Will Legend be the Best Gangster Film in Years?

The premise is pretty fantastic—identical twin gangsters Ronald and Reginald Kray aim to takeover the London underground, with a little help from the Mafia. The twins are both played by Tom Hardy, an actor of singular intensity who can hold the screen with anybody (as he did with the incredible Charlize Theron in Mad Max: Fury Road). The writer/director is Brian Helgeland, the man who wrote 1997’s L.A. Confidential, one of the best cop dramas of that decade. And then, there’s the latest trailer, which shows Hardy’s Ronald and Reginald Kray and their brutal rise to power, and infamy, in 1960s' London.

The Kray twins were real English gangsters, and their gang, “The Firm,” terrorized London as they consolidated their power and secured more and more territory. Robberies, protection rackets, arson, hijacking, assaults and murder were on their rap sheet. They mingled with celebrities and politicians at their West End club, terrified other gangsters and citizens alike, and burned a bright, violent path through a city rife with corruption and greed.

Hardy is joined by a cast that includes the great David Thewlis and Chazz Palminteri (playing American mob boss Angelo Bruno), Emily Browning and Christopher Eccleston. The ingredients are in place for a big time gangster movie—what do you think?