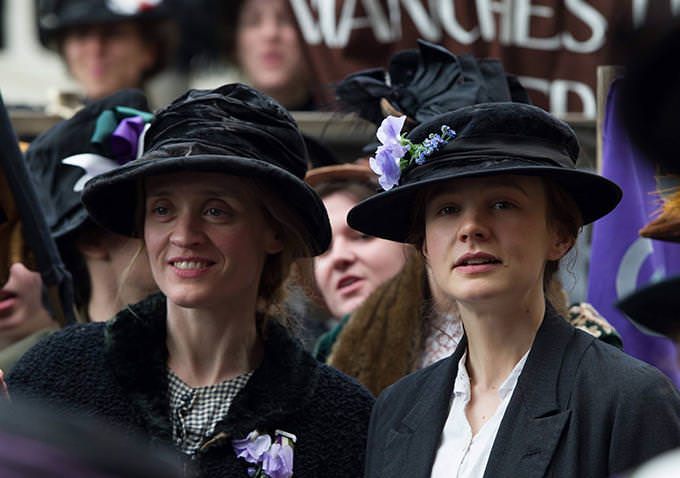 "All my life I've been doing what men told me. Well, I can't have that anymore."

So says Maud (Carey Mulligan), a laundress who joins an activist group bravely agitating for women's right to vote. The recently released trailer has action, violence, bombs, politics, power, and a thumping score…the stuff of female focused movie trailers? Yes; director (Sarah Gavron Brick Lane) and writer (Abi Morgan, The Iron Lady) are bucking convention in the trailer for their historical drama  Suffragette.  The film is an English a period piece with gorgeous costumes and elaborate sets, but the subject matter is both powerful and explosive.

This sure to be Oscar contender from Focus Features is about the Suffragette movement to secure women’s voting rights in the early 1900s. The trailer gives notice that this film will be big, bold and relevant. It will not only speak but scream to the struggle to have a voice – to matter.

The release date for Suffragette is October 23rd.

Fun fact… this is the first film in history to be shot at the UK House of Parliament.