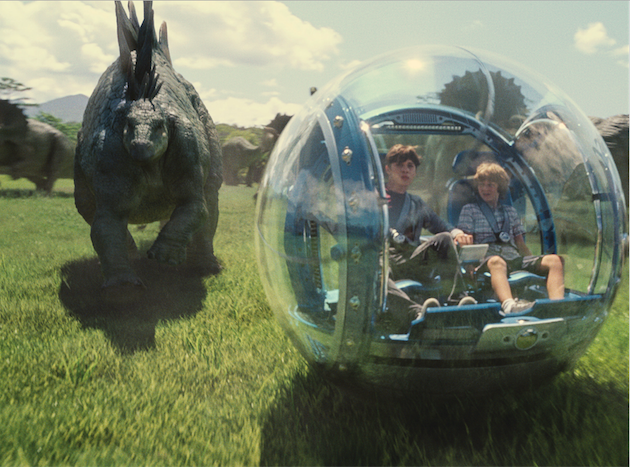 Meet the Crew That Worked on Both Jurassic Park & Jurassic World

Universal's new Jurassic World is being heralded as a proper folllow-up to Steven Spielberg's 1993 classic Jurassic Park, the film that raised the bar for what CGI could accomplish and blew the minds of kids and adults alike. When director Colin Trevorrow took the helm of Jurassic World, the first film in the franchise in 14-years, both he and executive producer Steven Spielberg wanted to recapture the magic of that first film. To do so, they recruited some of the original film's creatives to help him bring World to life.

For a more detailed look at the many Jurassic Park originals who helped make Jurassic World a film that could stand (and roar) side-by-side with the classic, watch Universal's featurette below.