Me and Earl and The Dying Girl Director Alfonso Gomez-Rejon

Director Alfonso Gomez-Rejon has faced rejection before in the movie business. In 2014, his horror film The Town that Dreaded Sundown was only released in a few theaters nationwide and then went straight to video on demand. He wanted a chance for that film to build an audience but never had the opportunity. The Texas born filmmaker had steadily worked his way up through the ranks, starting as a personal assistant for some of Hollywood's biggest stars (Nora Ephron, Robert De Niro, Alejandro Gonzalez Inarritu) before working his way onto the set and into the director's chair. He's dreamed of directing a film that found a large audience.

He fortunately will have that opportunity for his latest film: a comedy entitled Me and Earl and the Dying Girl.

Based on the book by Jesse Andrews, Me and Earl and the Dying Girl had one of those magical premieres that filmmakers dream about at the 2015 Sundance Film Festival. It earned rave reviews there (as of this writing, it still has a 100% fresh score on RottenTomatoes.com), and was purchased for theatrical distribution nationwide by Fox Searchlight. The film, which tells the story of a film-making high school student’s budding friendship with a sick classmate, stars Thomas Mann, RJ Cyler, and Jon Bernthal and will be arriving in theaters this Friday.

Although Gomez-Rejon has directed eight episodes of Glee and a dozen episodes of American Horror Story, the success of his latest project might mean the most to him because of his personal connection to the story and the reasons he chose to make it.

I recently interviewed the director about making the movie, his connection to it and his Sundance experience. Below is a slightly edited transcript of our conversation. 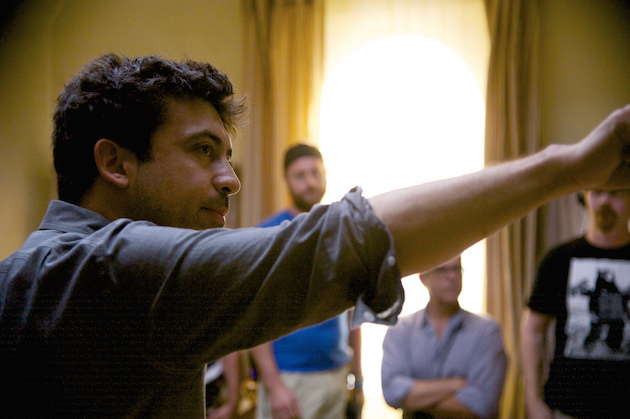 You've directed mostly for television on shows like American Horror Story and Glee. How different was it to make a feature- length film?

It was completely different because before Glee and American Horror Story, before Glee mainly, I was always in feature films— I was assisting directors, I was production assisting, I was driving… I'm a bit of an introvert so what I love about features is that it's quite intimate no matter how big the movie is. It's a very intimate process with you and your actors and you and your cinematographers, writers and all of that and in TV you're handed a script and kicked into a room and everyone's observing you.

On my very first job on Glee, I walked in with my storyboard and every single frame and the entire cast and crew was lining the walls looking at me. It's a machine… a machine I'm incredibly grateful for because it gave me a chance to direct and to experiment and everything, but what is good about features is you get to make a personal film and you have weeks to prepare and design sequences and execute them closer to your vision.

How did you originally come across the novel this film is based on?

I read the script. The script was submitted to me by my agent and at first, I was not looking to make a high school movie. It was never in my interest. You know there's really no reason why but I love Jesse's voice and I love the way he was writing these kids and it started to speak to me and I hadn't really heard teenagers speak this way since a Breakfast Club, which is a movie that still holds up. It's been timeless and it's timeless in all the right ways. 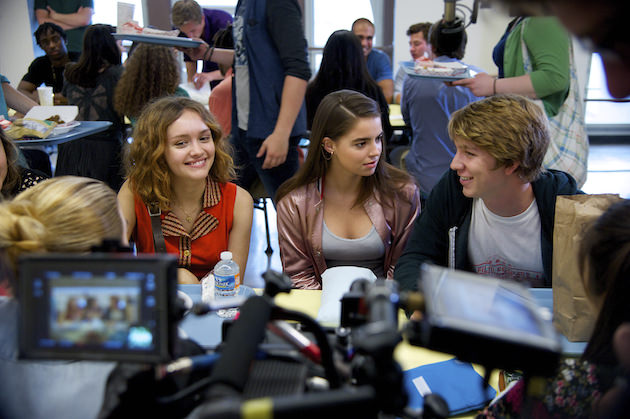 Then [in the script], I got to the Bernthal scene about learning about people after they die and how their story continues to unfold. That really moved me because I had lost someone very close to me right before I read the script and I was a bit lost. You always feel like a child when that happens. Even though I identified with Greg [the main character] as a teenager and his high school experience was very close to my existence, [it was] the second half of the script [that] I really saw myself in and…I saw this as an opportunity to bury myself in this movie and make something that I could turn into a personal story, a way to put my feelings down and give them a shape. 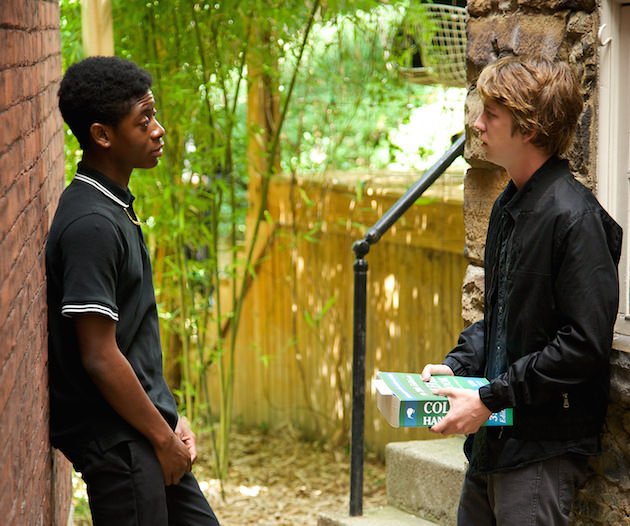 A movie like this is tricky in terms of tone because it is a comedy but you also have to deal with a girl's impending death. How do you set the tone for that and how do you maintain it?

Well, you're always kind of calibrating it. You're always working it. You're shooting it and then it continues in the editorial [process] and in the sound design and the music. Music can make or break a scene or the movie so it's a constant calibration and you're hoping that you haven't crossed the line.

It's a little of both. Originally, I wanted the whole movie to be scored by music from other movies. Truffaut and Morricone and some of those remain and then the final film— the movie for Rachel— that was scored to The Big Ship (the Brian Eno song) but we didn't play that live until we shot the scene so that scene was scored with that music and the actors performed to it. 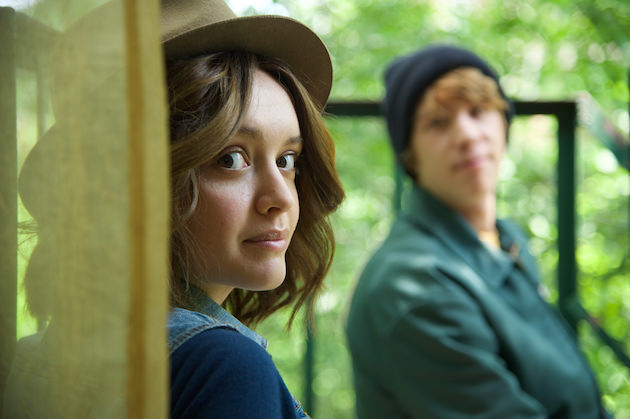 Throughout the film, Greg is making short films that pay homage to great movies of the past. In making this film, what films did you get inspiration from?

You learn a lot of lessons about yourself. Emotionally [the film] seems to be working and whatever mistakes I see, I'm trying to live with them and move on, but it was quite humbling designing certain sequences and then being very prepared and realizing that the movie was telling you something different— that it wanted to be something different. That's always humbling and you just have to stop and rethink your approach to a certain scene. Sometimes, it does lend itself to a certain stylization and sometimes it just wants to be still. It was just about feeling it but I'm trying to learn a lesson from the movie and not have too many regrets.

With all its flaws, this is the best I could have done at this point in my life and I will always look at the mistakes and always know that I could've made a better movie, but I can't think of one specific piece of advice I'd give myself other than not eat as much because I gained 25 pounds in Pittsburgh just eating steak and drinking whiskey every night.

After you finished production, what were your hopes for this movie?

I wanted it to have a shot. I made a film the year before. It was a horror film and it didn't get a [big] theatrical release. It was quietly sold to video on demand and it's a sobering experience because I'm such a 20th century guy, and I love the idea of exhibiting a movie in a theater. You design and compose accordingly and you want that experience so I was hoping that this one would have a shot and it would be discovered and it'd be seen by people. That's what I wanted. The expectations were quite low.

I wanted the movie to work and I wasn't sure if it was or not. We had two very small screenings for friends and family and it seemed to be working. You were just hoping it connected and you would hope that it didn't feel forced and you wanted the emotions to be earned and I was trying to work through my own stuff….

What was your Sundance experience like? Were you in the theater when the movie premiered?

It is the hardest thing to let go of a movie and part of that has to do with fear of rejection. All of a sudden you go from in early October, you have a friends and family screening for 30 people in New York and you cut to late January. You haven't screened it for anybody else and now you're screening it for 1400 people at Sundance and Sundance has been this dream since you were a kid and all of a sudden, you're there and you're surrounded by friends and family. You're surrounded by studio execs and agents.

It's a big industry thing and you're terrified and it's like 10-15 minutes into the movie, we felt it was catching. You can hear the room laughing. It's something palpable and you feel something is happening.