Dana Nachman on the Phenomenon of her Doc Batkid Begins

When Miles Scott told the Make-A-Wish Foundation that he wanted to be “the real Batman” no one could have predicted how epically his dream would be fulfilled. The documentary Batkid Begins, which premiered at this year’s Slamdance Film Festival, goes back to November 15, 2013, when, with the help of the Mayor, the Chief of Police and thousands of volunteers, San Francisco became Gotham City, to the delight of a five-year-old boy battling leukemia. A few hundred people were expected to come out that day to cheer on Miles*, aka Batkid, as he raced around the city fighting crime in a series of elaborate scenarios. In the end, 25,000 people showed up, with any many more all around the world watched as events unfolded. The social media reach is estimated at close to 2 billion. Writer, director and producer Dana Nachman talks to The Credits about exploring why Batkid struck such a chord with the world and how social media is changing the way we tell stories.

You live in San Francisco but you actually didn’t see the Batkid event unfold while it was happening, did you?

[laughs] Can you believe that? It’s so embarrassing. I was not one of the two billion on social media or the 25,000 people who found it in San Francisco. I was clueless in my own little world. One of my old bosses, who works at a TV station, said, 'And now you’re the leading world expert in Batkid.' That is probably true. 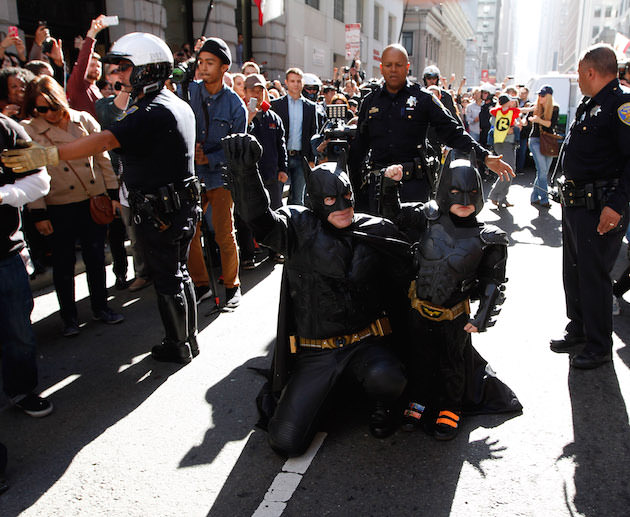 That’s such a good question. I don’t think I’ve been asked that before. It does change your perspective and how you tell a story. Maybe because I wasn’t there I was more open about it. I didn’t have any preconceived notions about it, which is very true. I heard about it the next day and thought what an amazing story that is, and that’s all I thought. After I had a meeting with Patricia [Wilson] from the Make-A-Wish Foundation and asked her what did you intend to happen and she said, “200 people to show up and then 25,000 people showed up”. That was why I wanted to tell this story. What would make people do that? What would make people stop work? Probably millions of people stopped work that day to follow it online. 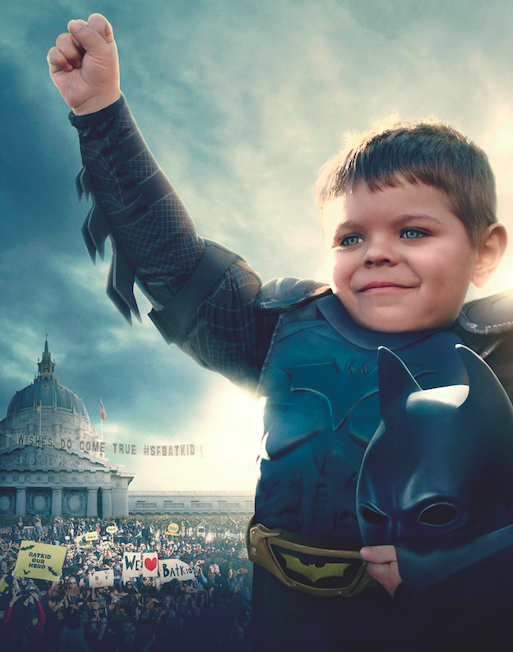 What have you discovered? What was it about that event that captured people’s imaginations?

I think there’s not one thing probably. The top one for me is that I think we’re asked so much to donate to things. And not that it’s not important, or you shouldn’t… you should. But the Make-A-Wish Foundation wasn’t really asking anybody to do anything but come down to the street and cheer. So I think it was the fact that they weren’t really asking for anything. And also that their intention was so pure. Sometimes you’ll see things and it’s one thing and then really in the end it’s a fundraiser. Like a little bit of a bait and switch. This was not that at all and really they didn’t intend for this to happen, they just wanted a few hundred people to go. And so I think the organic nature of what it was, was really great.

And then I also think that it’s such a noble thing for someone to want to be a character where the good conquers evil and I think ultimately we all relate to that, either from childhood or even as adults.

And also, a third thing, people are just looking for excuses to be children again. To live in a child-like way. People are looking to have that opportunity. I go to Disneyland once a year, which I love and I’m obsessed with. But you go there and you see all sorts of people without kids. You go and it’s just to experience that child-like wonder again and again. And I think that this was an opportunity at the end of a work week to do that. Then of course, you have an adorable little boy with an adorable family who are just salt of the earth people. 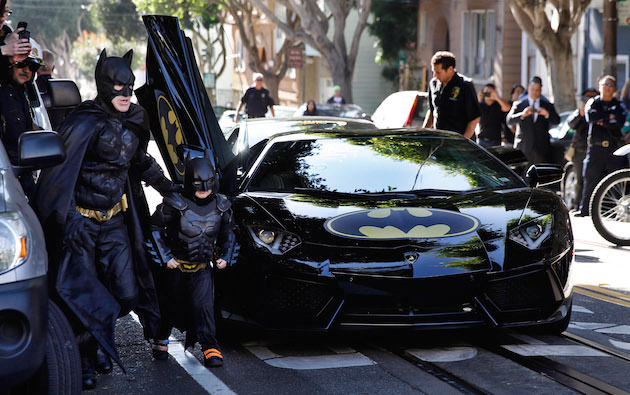 What was your goal going into making this film? When it happened it got so much exposure, so you must have wondered what can I add to what’s already out there?

After I met with Make-A-Wish, the second meeting I had was with Mike Jutan who played The Penguin. He works at ILM and he, to me, opitimizes San Franciso. He’s this hard-working guy, who wanted his whole life to work at ILM, and he got there. And I realized that all these stories like Mike’s, and all the other volunteers that were there that day, nobody knew any of that. I think people saw it in very broad strokes but really there was a lot of pure love that went into it that nobody’s ever seen.

Oh yeah. I think it’s interesting because my other three films have been social justice films and a lot of our approach was involved with social media. Creating not only an audience but an activist nature around it. So definitely engaging the audience. Before, aside from doing Q&As after the film, how were you really engaging people?

Miles obviously hit a nerve from the very beginning to make this happen. Could you identify what it was about him or the story that was so special?

I don’t know I think the fact that he was so adorable and wanted a cool wish. I think people are used to people wanting to do a shopping spree at Toys R Us or go to Disneyland, not that that’s bad, but this was just cool. Everybody was kind of like: “What a cool kid. I would have that wish if I had one!”

* Miles, who will be seven in August, is in remission and living happily on his family farm with his parents, Nick and Natalie, and little brother, Clayton.

Featured image: Five-years-old Miles Scott, from Tulelake, Calif., is dressed in a Batman costume in San Francisco, Friday, November 15, 2013. Miles, who wants to be a Batman, will embark on a series of crime-solving adventures when San Francisco is converted into “Gotham City” as part of a Make-A-Wish Foundation event. He is in a fight on his own in his battle against leukemia since he was a year old. He is now in remission. (Photo: Make-A-Wish Foundation/PaulSakuma.com)