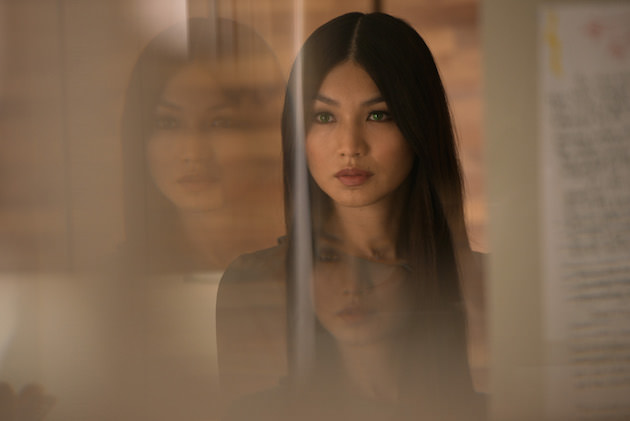 Is Sci-Fi Making a Comeback on Television in 2015?

Is science fiction making a comeback on television? On the big screen, it's never gone away. Even smaller projects, like Alex Garland's clever, surprisingly sexy Ex Machina have drawn great reviews and decent audiences. Then there's the giants, like Christopher Nolan's Interstellar, and if you'd allow for the many sci-fi elements that make up the Marvel Universe, then you've got both of the Avengers films (aliens, an evil sentient artificial intelligence) and last summer's rollicking Guardians of the Galaxy. Or look at Spike Jonze's critically acclaimed Her, which was science fiction with a soul (and an incredible voice.) This is to say nothing of the upcoming film that is going to swallow us all whole, Star Wars: The Force Awakens.

On TV it's been a different story. Lots of sci-fi shows have come and gone in the past few years, most of which you probably don't remember. Why is this? Is it because it's a touch easier to explore the many themes of sci-fi in a more compact, film-length narrative, rather than an ongoing television series? Sci-fi is notoriously hard to define (last year the BBC even wrote about it), and even some of it's most celebrated practitioners are divided on what it really is. Ursula Le Guin wrote in the forward of her marvelous sci-fi book "The Left Hand of Darkness" that "science fiction isn't about the future." William Gibson, the man who coined the term "cyberspace" in his short story "Burning Chrome," told Wired that science fiction is a way of dealing with how weird the present actually is. Is sci-fi's inherent slipperiness the reason why TV writers struggle with it?

You could argue the sci-fi TV comeback already began with Orphan Black, BBC-America's clone thriller that has quietly amassed a healthy following and critical acclaim, with a star-making performance by Tatiana Maslany (she plays the five main characters, all clones). Orphan Black has given sci-fi fans a reason to be hopeful, because for the brave writer, sci-fi is one of the most malleable, and narratively challenging, genres there is. This is a realm in which the writer can create just about anything in their world (or the next), but then she must follow the rules she built her world upon. When it comes to robots, time travel, worm holes and extraterrestrials, there needs to be coherent rules and restrictions to hold it all together. Another challenge is that when you're working in a genre that relentlessly asks not only "what if?" but also "why?" you're going to have some answers.

If you break the rules of the world you created, or your answers to the questions you've asked seem bogus, your credibility is gone and the fans follow quickly. Just look what happen with Lost, one of the great sci-fi shows of the century, that started playing fast and loose with its' own rules. While it's ratings remained gonzo, the backlash has turned it into a precautionary tale, so much so that's the lazy entertainment writer's way of saying something doesn't make sense, and I think I need to stop referencing it. You could argue that unlike stories revolving around zombies and vampires, themselves a subset of the horror genre, a sci-fi show cannot get by with a few thrilling moments and some gore in an otherwise lazy plot. Fifteen episodes spent on Herschel's farm in the sci-fi world, which has trouble amassing zombie-level audiences on TV, would be the end of the show. The degree of difficulty for this most finicky of genres has created more busts than breakouts.

The common complaint, Orphan Black notwithstanding, is there hasn’t been a legit, super ambitious sci-fi smash on TV since the days of Battlestar Galactica and, to a smaller but perhaps no less vocal extent, Firefly. Although this isn't totally fair if you consider the sci-fi shows being made in England (Dr. Who, Black Mirror, albeit these aren't remotely traditional), or animated shows like Futurama (off the air) and Rick and Morty, it is fair to say that America hasn't produced a big, bold, audience gobbling sci-fi smash in a while. Name one sci-fi show that has come out in the last few years not starring Tatiana Masley that has captured the public imagination?

The time is ripe for a resurgence on the small screen, considering nearly every other genre has gotten at least one outright smash. With Netflix and Amazon joining the original content game, with cable networks like SyFy, HBO and AMC coming out with new shows, and networks like Fox updating a sci-fi classic, there's reason for sci-fi fans to hope. Will these shows catch on? Will they resonate with large audiences the way their big-screen brethren have? You be the judge.

Here's a quick peek at some shows that have yet to air that could end TV's sci-fi slump. Let us know what we missed, what you're excited about, and what you would love to see made (or re-made).

Fox's Minority Report is based on Steven Spielberg’s hit film (which itself was based on a Philip K. Dick short story), and is set ten years after the film. Spielberg's film showed us the department of Precrime, a law enforcement agency that used “precogs” (humans with the ability to predict future crimes) to identify and eliminate criminals before they committed their crimes. The Fox show begins in 2065, when precogs are no longer allowed to use their gifts to fight crimes, and cops are using increasingly sophisticated technologies to do their best. Only one precog named Dash (Stark Sands) can't deal with the murders he keeps nearly, but also unsuccessfully, preventing, so he teams up with a cop (Meagan Goode) to stop the murders that he predicts. We always wondered why someone hadn't turned Minority Report into a police procedural on TV (this is Fox's second attempt at a sci-fi police show, they canceled Almost Human last year), albeit Minority Report comes with a much more burnished pedigree.

Humans — this June on AMC

If AMC can manage to do for robots even a fraction of what it did for zombies, Humans would be a success. This show is based on a Swedish predecessor, Real Humans, and it treads familiar, creepy ground; humans in the future have household robots, in this world they're called "Synths," and as we've learned it's never a good idea to allow attractive, human-looking synthetic beings into your home to do the ironing. The series centers around one family that purchases a second hand Synth, and the ramifications of that purchase.

Westworld — This fall on HBO

HBO premieres are always big deals, and Westworld is one of the more unusual shows to come out of the premiere cable channel in a while. It's inspired by the 1973 Michael Crichton movie of the same name, with Jonathan Nolan (Person of Interest, Interstellar) show running. Set in a futuristic theme park where humans can go and pretend to be cowboys, say, and murder some very believably human-looking robots, it’s all fun and games until the robot cowboys revolt. Oh and the cast is bananas. Anthony Hopkins will play the head of the adult entertainment park and Ed Harris will be portraying the robot gunslinger originally portrayed by Yul Brynner.

The X-Files  – sometime on Fox

Thirteen years later, one of the truly great sci-fi shows of all time returns for a six-episode run, directed by creator Chris Carter and starring the beloved Mulder (David Duchovny) and Scully (Gillian Anderson). If there's anything on this list that feels like a sure-thing, this is it.

The Expanse  — sometime on SyFy

Syfy's The Expanse takes us well into the future, some 200-years, and follows the case of a missing woman and the sprawling conspiracy at the heart of her disappearance. It's got a touch of Firefly in it, with a rogue ship captain teaming up with a gruff detective to find the woman and uncover the nefarious plot.

The Messengers — Sunday nights on CW

A weird thing comes falling out of the sky and when it hits the Earth, a bunch of strangers hearts just stop. So they die, but then they don't, because they come right back to life. This bizarre experience has connected them and together they come to realize that their collective destiny will either destroy or save the planet.