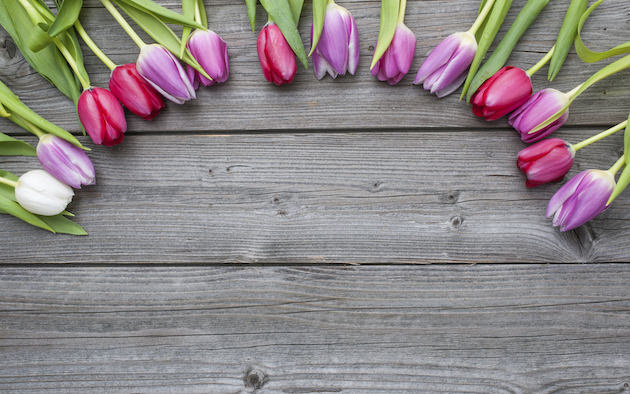 Happy Mother’s Day: Give Mom the Gift of Your Time and a Movie

Flowers and a card are nice, but the greatest gift you can give your mother is your time. For many of us, some our best times with mom were spent were watching a movie. Even during those terrible teenage times, when you didn’t have much else to say, you could still talk about a favorite film. Movies require us to suspend everything else in our lives for an hour or so; it is an amazing gift in our fast paced age.

So when you think about what to give your mother – how about movie. Here are a few films that the two of you may have enjoyed together and times past, and will certain love now.

The son of a same-sex couple seeks out the sperm donor who made his birth possible in this comedy from writer/director Lisa Cholodenko. The committed parents of two teenage children, Nic (Annette Bening) and Jules (Julianne Moore), are about to send their daughter, Joni (Mia Wasikowska), off to college when her younger brother, Laser (Josh Hutcherson), asks for her help in tracking down his biological father. Reluctantly inquiring with the sperm bank, Joni leaves her number so the office can pass it along to Laser's father. Enthusiastic at the thought of meeting his long lost offspring, Paul (Mark Ruffalo) musters the courage to reach out, and the family tree grows a new branch.

Taken in by a well-to-do family and offered a second chance at life, a homeless teen grows to become the star athlete projected to be the first pick at the NFL draft in this sports-themed comedy drama inspired by author Michael Lewis' best-seller The Blind Side: Evolution of a Game. Michael Oher was living on the streets when he was welcomed into the home of a conservative suburban family, but over time he matured into a talented athlete. As the NFL draft approaches, fans and sports radio personalities alike speculate that Oher will be the hottest pick of the year. Sandra Bullock stars in a film written and directed by John Lee Hancock (The Rookie, The Alamo).

One woman's rocky road to the altar gets played for laughs in this comedy, adapted from the one-woman off-Broadway show written by and starring Nia Vardalos. Toula (Vardalos) is a Greek-American woman who is in her early thirties and single, with no immediate prospects of changing that status any time soon. This bothers Toula a bit, but not half as much as it distresses her mother (Lainie Kazan) and father (Michael Constantine), who want to send her to Greece in hopes of finding a husband in the old country. Toula isn't interested in leaving the country to find a man, but since she works in the family business — a Greek restaurant in Chicago called Dancing Zorba's — she has to hear about it whether she likes it or not. One day, after seeing a handsome stranger in the restaurant and not having the courage to talk to him, Toula decides she needs a bit of self-improvement. Despite her dad's misgivings, Toula signs up for a night-school class studying computers, trades in her glasses for contact lenses, gets a different job at a travel agency, and spruces herself up with a new look and a new attitude. To her very pleasant surprise, she once again encounters the handsome stranger, who soon asks her out on a date. Schoolteacher Ian Miller (John Corbett) is seemingly perfect — he's tall, handsome, smart, good-natured, and soon in love with Toula — except for two little things: he's not Greek, and he's a vegetarian, both of which horrify Toula's family. When Ian pops the question (and Toula says yes), the bride-to-be has to negotiate a reasonably peaceful meeting between Ian's upper-class parents and her own working-class extended family. There's also the matter of the wedding, which Toula's mother is planning around the notion that quantity IS quality. My Big Fat Greek Wedding also features Ian Gomez (Vardalos' real-life husband), Louis Mandylor, Andrea Martin, and Joey Fatone (from the pop group *NSYNC). Tom Hanks and Rita Wilson helped produce the film through the auspices of their production company, Playtone.

Mrs. Doubtfire director Chris Columbus continues to explore the family turmoil of divorce in the tearjerker Stepmom, a story that pits the birth mother against the new mother. Jackie (Susan Sarandon), a one-time book editor, is now the consummate soccer mom juggling the schedules of her two kids in her New York ranch outside of Manhattan. Her ex-husband Luke (Ed Harris), who gets weekend custody of the kids, is living in the city with a woman half his age named Isabel (Julia Roberts), a high-fashion photographer with a strong stylistic sense of "what's hot." Since Luke is always away at work, the burden of getting the kids ready for school when they are with their father falls on Isabel, and she just isn't the nurturing type. The story heats up, however, when Jackie learns that she has cancer. Facing the horrors of medical tests and chemotherapy, she realizes that, should something happen to her, her kids will be left with this irresponsible Isabel as their mother, especially after Luke proposes marriage to her. What ensues is part parenting lesson, part competitive parenting, but 100 percent family bonding, as Jackie must learn to allow Isabel to be part of her world and her family.

The title refers to those seemingly frail Southern belles who survive any and all deprivations through whims of iron. Robert Harling's original stage play was set exclusively in a Louisiana beauty parlor where an all-female cast of characters laughed, cried and compared menfolk. The film expands the playing field by including scenes at picnics, hospitals and the like, and by visually depicting the males who never appeared in the stage version. Dolly Parton plays the goodnatured beauty-shop owner, while Shirley MacLaine is the cantankerous town eccentric, decked out in grungy overalls and speaking fluent Trash. Well-to-do Sally Field bravely endures several assaults to her sensibilities, not the least of which is the illness (and subsequent death) of daughter Julia Roberts. The performances are first-rate, with the possible exception of Daryl Hannah's overemphatic portrayal of a gawky hairdresser. The film stumbles a bit in its depiction of the male characters as fools and deadheads, and in the final overlong hospital scenes involving the comatose Roberts, which play like a road company version of Terms of Endearment. Otherwise, Steel Magnolias is a prime example of ensemble filmmaking, lovingly coordinated by director Herbert Ross. (Sidebar: Herbert Ross was reportedly rather rough on Julia Roberts, deriding her lack of experience. The rest of the female cast rallied around Roberts and told the director to lay off or pay the price).

When her adoptive mother Joan Crawford died in 1977, erstwhile actress/author Christina Crawford and her brother Christopher were left out of Joan Crawford's will, "for reasons which are well known to them." Industryites have suggested that it may have been this posthumous act of rejection rather than an alleged lifetime of parental abuse that inspired Christina Crawford to pen her scathing autobiography Mommie Dearest. The 1981 film version of this tome was evidently meant to be taken seriously, but the operatic direction by Frank Perry and the over-the-top portrayal of Joan Crawford by Faye Dunaway (whose makeup is remarkable) has always seemed to inspire loud laughter whenever and where-ever the film is shown. According to the film (and the book that preceded it), Joan Crawford was a licentious, child-beating behemoth, who stalked and postured through life as though it was one of her own pictures-more Strait-jacket than Mildred Pierce. This is the film with the notorious "wire coat hanger" scene, just in case you need a reminder. Surprisingly, one emerges from Mommie Dearest with more sympathy for the monstrous but intensely vulnerable Crawford than for her whining daughter (played as an adult by Diana Scarwid, and as a child by Mara Hobel). Our favorite scene: Joan Crawford dazedly replacing her ailing daughter in the cast of a daytime TV soap opera.

One of the most popular movie musicals of all time, The Sound of Music is based on the true story of the Trapp Family Singers. Julie Andrews stars as Maria, a young nun in an Austrian convent who regularly misses her morning prayers because she enjoys going to the hills to sing the title song. Deciding that Maria needs to learn something about the real world before she can take her vows, the Mother Superior (Peggy Wood) sends her off to be governess for the children of the widowed Captain Von Trapp (Christopher Plummer). Arriving at the Trapp home, Maria discovers that her new boss is cold and aloof, and his seven children virtual automatons-at least, whenever the Captain is around. Otherwise, the kids are holy terrors, as evidenced by the fact that Maria is the latest in a long line of governesses. But Maria soon ingratiates herself with the children, especially oldest daughter Liesl (Charmian Carr), who is in love with teenaged messenger boy Rolf. As Maria herself begins to fall in love with the Captain, she rushes back to the Abbey so as not to complicate his impending marriage to a glamorous baroness (Eleanor Parker). But the children insist that Maria return, the Baroness steps out of the picture, and Maria and the Captain confirm their love in the song "Something Good." Unhappily, they return home from their honeymoon shortly after the Nazis march into Austria. Already, swastikas have been hung on the Von Trapp ancestral home, and Liesl's boyfriend Rolf has been indoctrinated in the "glories" of the Third Reich. The biggest blow occurs when Von Trapp is called back to active duty in the service of the Fuhrer. The Captain wants nothing to do with Nazism, and he begins making plans to take himself and his family out of Austria.