Empire was a big part of Fox's recent upfront presentation for reasons that are easy to parse. It was the number one series on TV, a smashing success for the network and invigorated the entire TV landscape. The upcoming season has been expanded to 18 episodes, and Fox announced that Alicia Keys, Lenny Kravitz and Chris Rock will be among the guest stars.

The appeal of Empire is obvious; the King Lear-like premise, with Terrence Howard's Luscious Lyon, the king of a music empire, suffering from a neurodegenerative disease that is forcing him to choose a successor from his three sons, is solid gold. The cast is diverse and multitalented, highlighted by Taraji P. Henson's Cookie, perhaps the best matriarch to come along in network TV for a long time. And then there's the music.

Like anything that really resonates, there are dozens, if not hundreds of people who help make this compulsively satisfying hour of television possible. One of these individuals is composer Fil Eisler, who has the unique task of scoring a show about music without actually using any of the music in the show.

We spoke to Eisler about his role on Fox's hit drama, and had him walk us through two memorable moments from season one that he helped craft with music. 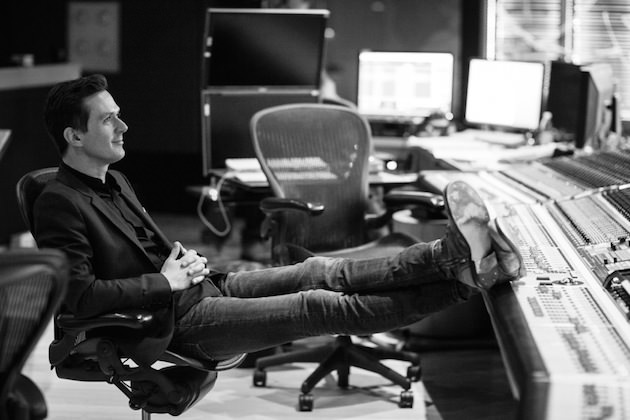 Empire is that rare show that allows you to work with a live orchestra every week. What's that like?

Depending on the episode it’s between thirty and forty players, mostly strings, sometimes winds and a harp. I don’t think the score would be possible without a live orchestra. Many of those happy accidents also happen on a performance level. I do very little in the way of pre-recording and synth stuff done in my studio, it’s mostly all done with a live orchestra. It raises the bar so high, it’s amazing because, especially in TV, people hear mock-ups and think it sounds fine, then they come to a scoring session and hear the real thing and go, Oh, right. The real thing is immeasurably better, and it’s actually not that expensive compared to what TV shows pay for songs. From that perspective I think it raises the production quality of the show exponentially and makes a huge difference. There are certain things I just couldn’t do with samples. I can write something on paper that’s impossible to mock up, and go make that happen with an orchestra.

What are the challenges of scoring a show that's about music?

Initially the score was there to juxtapose the hip hop. It was all going to be orchestral, very old school, but as time went on, we started to incorporate more beats into the orchestral music as well, so the two worlds started to mesh a little bit. That kind of continued towards the middle of the season, when you had the episode where Empire goes to war, and then the score got bigger, with more percussion and it became more rhythm based, more driven, more propulsive and a little more aggressive because the story demanded it, much more than what had happened before then. You’re always adapting to the story. If you can pick out a melody that really sticks in people’s heads, whether they know it or not, and you keep reintroducing that, that keeps the consistency even as things shift and stretch.

You're also layering the score beneath dialogue, how hard is that to do?

I’ve had to adapt to underscoring dialogue. You have to underscore conversations, but it still has to be justified for the music to come on, but you can’t tread on the actors performances, so up until the big war, it had been about getting out of the way, but then when it came to "Empire Goes to War," it became about driving it all forward, then stop and get out of the way when the emotional moments came.

How do you see your role on the show?

I notice composers often blanche at the description of themselves as filmmakers, which I find odd. A film composer has to be a filmmaker in some sense, you’re making a film function with music. That means it’s all about context. The best piece of music you ever wrote in the wrong place becomes the worst piece of music. It’s all about what’s happening in the story and what’s happening in the scene. There are composers who might have less technical ability, but they might make better film composers because they have a better sensitivity to what’s happening on screen. Your job is to help tell the story better, and a good composer can help the audience suspend disbelief. It can be a dry as bones true to life drama, or it can be the most ridiculous sci-fi/action film, regardless, part of the job of the music, and really for every department, is to help the audience check their disbelief at the door. The music can never draw attention to itself in the wrong way. You should only ever notice it in the context in the story, it should nudge you further into the story. In that respect, film composers are very much filmmakers. If you don’t understand the filmmaking process, stories, and performances, you’re in the wrong line of work.

How do you score around all the incredible songs that are a part of the show?

The technical aspect to make sure it all fits is a challenge. I have to work around a lot of songs and also in and out of songs. I’ve had many discussions with Lee Daniels, it’s all about story and character. So in that respect it’s the same as any other movie, I’m not involved in the musical numbers, I’m scoring the dramatic aspects, the gangster genre movie aspects. I remember seeing an interview with Taraji Henson when she said it was like a cross between Nashville and The Sopranos, which is the perfect description. It’s a family gangster movie in a very old school sense. I emphasize movie because we always looked at it that way. All of us come from movies, Lee’s a well known director, Danny Strong’s written many great movies, and I came up through Sundance scoring films, so that’s the idiom we all started working in. There’s a lot of people trying to bring cinematic values to TV these days. That’s how Empire functions. It’s stylized in a very certain way, in terms of production value we treat it like a film.

How surprised were you by the reaction to the show?

I think we were all surprised by how big it got. Every week we’d be blown away by how it kept growing. You certainly can’t say just because you get a bunch of good people together you’ll get a hit, that’s never a guarantee. I certainly felt that the show was good coming out of the pilot and first few episodes, but that also never guarantees anything, either. I’ve been on shows that just don’t work out even after coming out great. I think because Fox was putting so much behind this show, we had a sense it would get seen, but then you never know whether it’s going to find it’s audience, whether it’s going to strike a chord. Sometimes it’s just a complete intangible. We’re all very grateful, humbled and blown away.