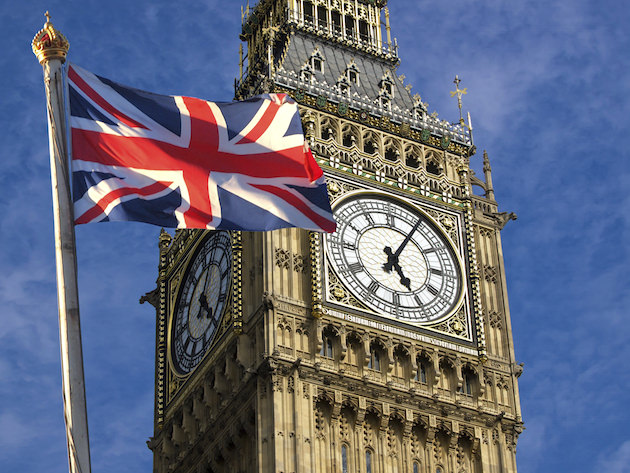 There is lots of excitement across the pond. The Royal Family is celebrating a new princess, Charlotte Elizabeth Diana, born on Saturday. The common folk will vote on Thursday to elect the UK’s 56th Parliament. So there’s no better time to pour a spot of tea, slather a scone with clotted cream, and snuggle up with a royal themed movie.

Turn on your telly (or mobile device), put on a tiara or a fascinator, and enjoy these films about the British Monarchy. Remember, YOU can find them on WhereToWatch.

Emmy Award-winning director Tom Hooper (HBO’s John Adams) teams with screenwriter David Seidler (Tucker: A Man and His Dreams) to tell the story of King George VI. When his older brother abdicates the throne, nervous-mannered successor George "Bertie" VI (Colin Firth) reluctantly dons the crown. Though his stutter soon raises concerns about his leadership skills, King George VI eventually comes into his own with the help of unconventional speech therapist Lionel Logue (Geoffrey Rush). Before long the king and Lionel have forged an unlikely bond, a bond that proves to have real strength when the United Kingdom is forced to flex its international might.

Director Jean-Marc Vallée takes the helm for this look at the turbulent early years of Queen Victoria (Emily Blunt), who was crowned at the age of 18, and whose ill-fated marriage to Prince Albert (Rupert Friend) would later prompt her into a life of mournful seclusion. Graham King and Martin Scorsese produced this film penned by Academy Award-winning screenwriter Julian Fellowes.

The British prime minister and the Royal Family find themselves quietly at odds in the wake of a national tragedy in this drama from director Stephen Frears. On August 31, 1997, Diana, Princess of Wales died in an auto accident in Paris; despite the controversial breakup of her marriage to Prince Charles, she was still one of the most famous and best-loved women in the world, and the public outpouring of emotion over her passing was immediate and intense. However, given the messy circumstances of Diana's breakup with Charles, official spokespeople for the Royal Family were uncertain about how to publicly address her passing. It didn't take long for the media to pick up on the hesitation of Buckingham Palace to pay homage to Diana, and many saw this as a sign of the cool emotional distance so often attributed to the royals, which in this case was widely seen as an insult against Diana and the many people who loved her. Prime Minister Tony Blair (Michael Sheen) saw a potential public-relations disaster in the making, and took it upon himself to persuade Queen Elizabeth II (Helen Mirren) to make a statement in tribute to the fallen Diana — an action that went against the taciturn queen's usual nature. The Queen was released the same year that Helen Mirren played Queen Elizabeth I in an acclaimed miniseries for British television; The Queen also gave Michael Sheen his second opportunity to play Tony Blair after portraying the prime minister in the television film The Deal.

This British-made historical drama depicts the rise of young Elizabeth Tudor to Queen of England, a reign of intrigue and betrayals. In 1554, Queen Mary I (Kathy Burke) tries to restore Catholicism as England's single faith. With no heir to the crown, she maneuvers to keep her Protestant half-sister Elizabeth (Cate Blanchett) from succeeding her, but her efforts fail. With Mary dead, Elizabeth is proclaimed Queen of England in November 1558. Elizabeth relishes the return from exile of her childhood sweetheart, Lord Robert Dudley (Joseph Fiennes). Chief adviser Sir William Cecil (Richard Attenborough) urges the young Queen to forget personal matters and instead address the country's pressing problems. England is bankrupt, has no army, and is under serious threat from abroad. Elizabeth even has enemies within her own court, the most dangerous being the Duke of Norfolk (Christopher Eccleston). Hoping for an heir, Cecil suggests marriage candidates — King Philip II of Spain or the French Duc d'Anjou (Vincent Cassel) — to secure the realm. Elizabeth agrees to meet their ambassadors, but her true feelings are revealed when she meets Dudley for a secret tryst. French "warrior queen" Mary of Guise (Fanny Ardent) amasses troops at the Scottish border. Elizabeth bows to the pro-War lobby led by Norfolk, despite protests from her Master of Spies, the enigmatic Sir Francis Walsingham (Geoffrey Rush), but the decision to fight leads to a humiliating defeat. As dark clouds of court conspiracies gather, and the possibility of assassination looms, Elizabeth strikes out at her enemies and puts her trust in Walsingham. Shown at 1998 film fests (Venice, Toronto), this is the first English-language film of Indian director Shekhar Kapur, who shot on locations at Northumberland, Derbyshire, North Yorkshire, and at Shepperton Studios.

Based on Alan Bennett's acclaimed play The Madness of George III, The Madness of King George takes a dark-humored look at the mental decline of King George III of England. The film's story begins nearly three decades into George's reign, in 1788, as the unstable king (Nigel Hawthorne, reprising his stage role) begins to show signs of increasing dementia, from violent fits of foul language to bouts of forgetfulness. This weakness seems like the perfect chance to overthrow the unpopular George, whom many blamed for the loss of the American colonies, in favor of the Prince of Wales (Rupert Everett), but the king's prime minister William Pitt (Julian Wadham) and his wife Queen Charlotte (Helen Mirren, the perennial queen of film) are determined to protect the throne. Doctors are brought in, but the archaic treatments of the time prove of little value. In desperation, they turn to Dr. Willis (Ian Holm), a harsh, unconventional specialist whose unusual methods recall modern psychiatry. Willis struggles to break through to the mad king, treating him with an anger and haughtiness George has never before experienced. Stressing the absurdity of the entire situation, Bennett's witty screenplay emphasizes dry humor over tragedy, even utilizing references to King Lear for comic effect. Hawthorne's fiery yet vulnerable performance received much critical praise, including Best Actor at the British Academy Awards and a nomination for the same at the Oscars.

From its opening multi-language titles (that sure looks like Swedish) to the closing arrest of the entire Dark Ages cast by modern-day bobbies, Monty Python and the Holy Grail became an instant cult classic. This time the Pythonites savage the legend of King Arthur, juxtaposing some excellently selected exterior locations with an unending stream of anachronistic one-liners, non sequiturs, and slapstick set pieces. The Knights of the Round Table set off in search of the Holy Grail on foot, as their lackeys make clippety-clop sounds with coconut shells. A plague-ridden community, ringing with the cry of "bring out your dead," offers its hale and hearty citizens to the body piles. A wedding of convenience is attacked by Arthur's minions while the pasty-faced groom continually attempts to burst into song. The good guys are nearly thwarted by the dreaded, tree-shaped "Knights Who Say Ni!" A feisty enemy warrior, bloodily shorn of his arms and legs in the thick of battle, threatens to bite off his opponent's kneecap. A French military officer shouts such taunts as "I fart in your general direction" and "I wave my private parts at your aunties." Rabbits are a particular obsession of the writers this time around, ranging from the huge Trojan Rabbit to the "killer bunny" that decapitates one of the knights. Graham Chapman, John Cleese, Terry Gilliam, Eric Idle, Terry Jones, and Michael Palin collaborated on the script and assumed most of the onscreen roles, while Gilliam and Jones served as co-directors.