The bonds of brotherhood are explored and testing in Broken Horses, the gritty thriller from writer-producer-director Vindu Vinod Chopra (Parinda, 1942: A Love Story.). The story follows a young music prodigy, Jacob Heckum, (Anton Yelchin) who returns to his desolate hometown only to discover that his brother, Buddy (Chris Marquette), has been persuaded by a local drug gang to join their ranks. As they grapple with the memories of their father’s murder when they were children, and as Jacob tries to get Buddy to leave his new “fraternity,” the question is asked, “Is blood really thicker than water?”

Chopra, whose first film, An Encounter with Faces was nominated for an Academy Award for Documentary Short Subject in 1978, has become one of the most influential and acclaimed filmmakers in India; his production company, Vinod Chopra Films, was formed in 1985 and is one of India’s most lucrative film companies. We spoke to him on the eve of his film's release.

You grew up in a small town in India, and you’ve said that you learned English Through the films of Hitchcock and the James Bond series. What drew you to those films?

Yes, the most memorable encounters with the English language were in a darkened cinema theatre. I learned English watching Hollywood films: Hitchcock, David Lean, Sergio Leone, the James Bond series. Later, at the film school, I learned so much from the masters and mavericks of world cinema.

You went to film school, correct?

Let’s talk about that: You came to Hollywood with an Oscar nomination for your 1978 short film. Is it true that it was made for $400?

How did you pull that off?

It’s the most amazing thing I ever did in my life. I never ran the camera. I’d look at the gate, but I only had 4,000 feet to make that movie. I shot it over like six days. When you don’t have much money, you don’t keep spending. Someone once said to me, “You know how you spend $1 million on a movie?” And I said, “How?” They said, “By spending it.”

The first time ever I stepped outside India was to come to Hollywood. The Government of India paid for me to get to the Oscar venue, but I had no budget for a tuxedo. I had nothing to wear. Thankfully, I was able to take advantage of the small print of the Oscar protocol that allowed “national dress” as an alternative to tuxedo. I wore my “night suit” as my national attire. I was 22 years old. This has been a long journey, but it’s been very, very satisfying.

And when you got to the Oscars, you sat next to Jane Fonda.

Yes, and that would be incredible if we could find a picture of that night.

In the beginning Broken Horses was set in New York City, but then you changed it to the Mexican-American border. Why?

Our team spent five days in New York, and we realized a few things: The maze of avenues and blocks in New York was not really familiar ground and too complicated for us to fully understand in a short span of time. We decided to shift the story geographically.

Why was the desert important?

We were able to play with natural elements like sand, wind, fire, desert, land, and water. They are universal in nature. The pressure of a city we did not know like the back of our hands was thrown out of the window. 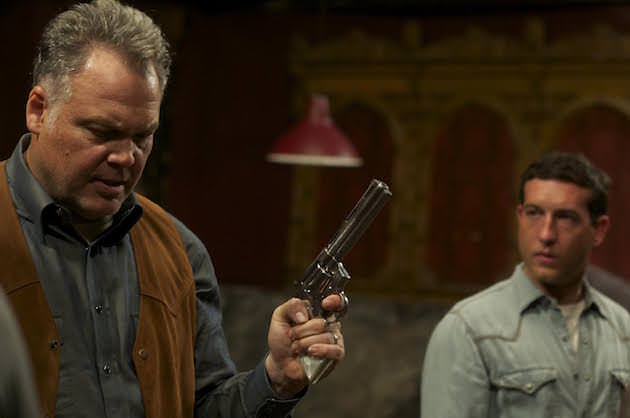 You talk about how Broken Horses merges Indian cinema with American cinema. How so?

While I embraced the aesthetics of Indian Cinema, the urge to explore and alternative poetics never dimmed. I wanted to make a film that would marry the two great and diverse cinematic traditions from which I had learned my craft: The epic emotion and familial themes of India drama with the nuanced lucidity of the Hollywood narrative. It’s about family, it’s about brothers, it’s about love, it’s about so much.

You’ve said that making this film was the happiest shooting experience of your life. True?

It’s true. I loved my cast. I loved my crew. My cameramen. All of them. They gave me a book at the end about how great it was to work on Broken Horses. And I had a great time. Everything went like clockwork, and the sense that we were doing something different and fun was never lost for a moment. This collective sense of doing something that rose above our geographical and cultural differences is what makes Broken Horses what it is today. An adventure.