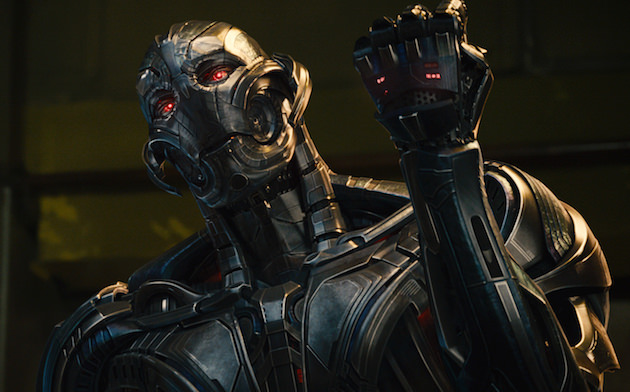 Now that Avengers: Age of Ultron has had its world premiere at the Dolby Theater in Los Angeles, there are likely going to be a few more clips like this released in the build up to the film’s wide release on May 1.

There’s been all sorts of interesting stories surrounding the premiere of Ultron. There was the piece in Vulture yesterday where Whedon once again discussed how exhausting making this film was, but this time he shed more light on it; essentially, Whedon gave it everything he has, and said that although it’s an epic tent-pole film with a huge cast, it’s actually also a personal film. He also said he could actually identify with Ultron, the titular villain, voiced by James Spader, who is the sentient Artificial Intelligence created by Tony Stark that ultimately decides, as sentient AI’s are wont to do in films, that humanity is sort of unnecessary.

There’s a lot to like in this new clip, but the best stuff is between Iron Man and Ultron, who have a complex father/son thing going on, made all the better by Downey Jr. and Spader's acting chops, and then weaponized by Ultron's massive Oedipus complex (if that complex meant not only wanting to kill your father, but all fathers, everywhere, but also mothers, too—okay all of humanity.)

There's also another peek at newbies The Scarlet Witch and Quicksilver, and a set that looks a little like the interior of the Death Star.

If this truly is Whedon’s last film for Marvel, it certainly looks like he’s going out with a massive bang and some much needed humor.