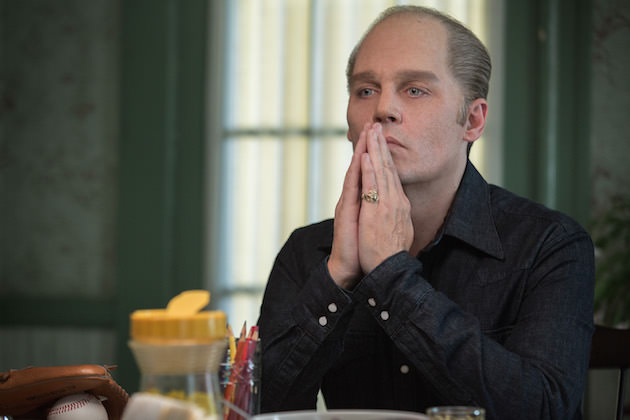 Who Freaks You Out More: these Grandparents, these Aliens, or Johnny Depp?

Three new trailers with very different sources of extreme tension. So the question we pose to you today is this; who would you rather be trapped in a house with less, the grandparents from M. Night Shyamalan’s upcoming The Visit, Johnny Depp’s Whitey Bulger from the upcoming Black Mass, or whatever the hell those things are in Area 51?

Yes, M. Night’s had a rough run as of late, but he looks to have his mojo back with his latest. Perhaps the only thing scarier than creepy little kids is creepy old people, so the conceit of The Visit immediately had our attention. A single mother (Kathryn Hahn, can someone please cast her as the lead in a comedy soon? Thanks) sends her two sweet kids off to see grandma (Deanna Dugan) and grampa (Peter McRobbie). Little does mom or the kids no, something is seriously wrong with grams and gramps. Just check out what grandma’s doing at the1:01 mark, and grandpa’s no normal himself at 1:17. “Would you mind getting inside the oven to clean it?” grandma asks. Um, no?

Notorious Boston gangster (and once the FBI's Most Wanted Man) Whitey Bulger has already been the subject of a semi-recent film with huge stars, Martin Scorsese's The Departed, in which Bulger is thinly veiled as Frank Costello, and played with a menacing panache by Jack Nicholson. Now it's Depp's turn in this proper Bulger biopic, Black Mass, only his Whitey is drained of Nicholson's flair and instead one frosty, terrifying blue-eyed gangster. So watch the below clip, and tell us if that's not the most intense scenes revolving around a recipe in film history. It reminds us of the famous “Do I amuse you?” scene in Goodfellas when Joe Pesci’s Tommy DeVito tortures Ray Liotta’s Henry Hill for laughing at his joke.

Oren Peli is the man behind the Paranormal Activity franchise, and his latest flick has the same docu-horror conceit, only now instead of vengeful spirits he’s messing around with aliens (and what appears to be a much healthier budget). For all the freaky stuff going on this trailer, the most inspired bit of weirdness is the “white blood” at 1:42 in.

So what's your verdict—the grandparents, the gangster or the extraterrestrial ghouls?