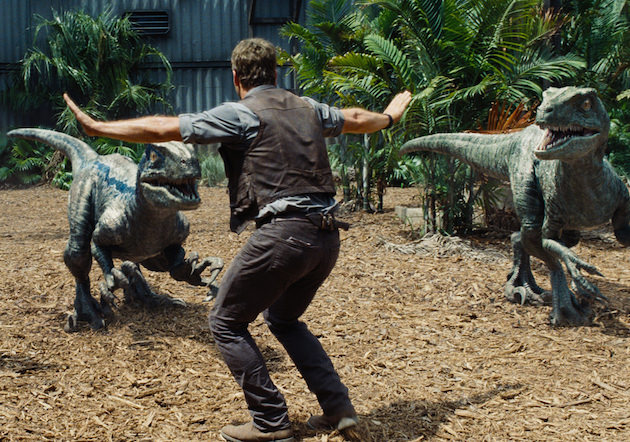 Which Dinosaur Would You Fear The Most in New Jurassic World Trailer?

First of all, who in their right mind would get into one of those transparent orbs and go rolling off into a huge herd of dinosaurs? Tourists, will they ever learn? Anyway, this new Jurassic World trailer gives you a bevy of dinosaurs to fear, and the morbid question that popped into our heads was; which way you rather go if you had to be eaten by a dinosaur at this completely insane theme park?

Would you care to be swallowed more or less whole by the genetically modified, stupendously huge Indominous Rex? This seems like the quickest way. That has to be better than being hunted by a pack of velociraptors, right? Yet perhaps you’d prefer to be hunted by a raptor pack than by being carried off by a pterodactyl? I mean, many people are afraid of heights, so that just feels like woozy insult to grievous injury. Then there’s that freakish Mosasurus, you know, the one they keep in that giant tank and draw out of the water by dangling food from a crane? Yeah, we're going to go ahead and assume that good old Mo' is either not going to stay in that giant tank, or, some poor sap (or group of saps!) is going to end up in that tank with him. There’s really no good way to meet your end in Jurassic World.

Regardless, what looks pretty clear is this film is going to be another gigantic boost to what is shaping up to be a monster year in film. With Avengers: Ultron and Star Wars: The Force Awakens coming out, and Furious 7 setting the tone with a massive opening, 2015 might be truly epic.