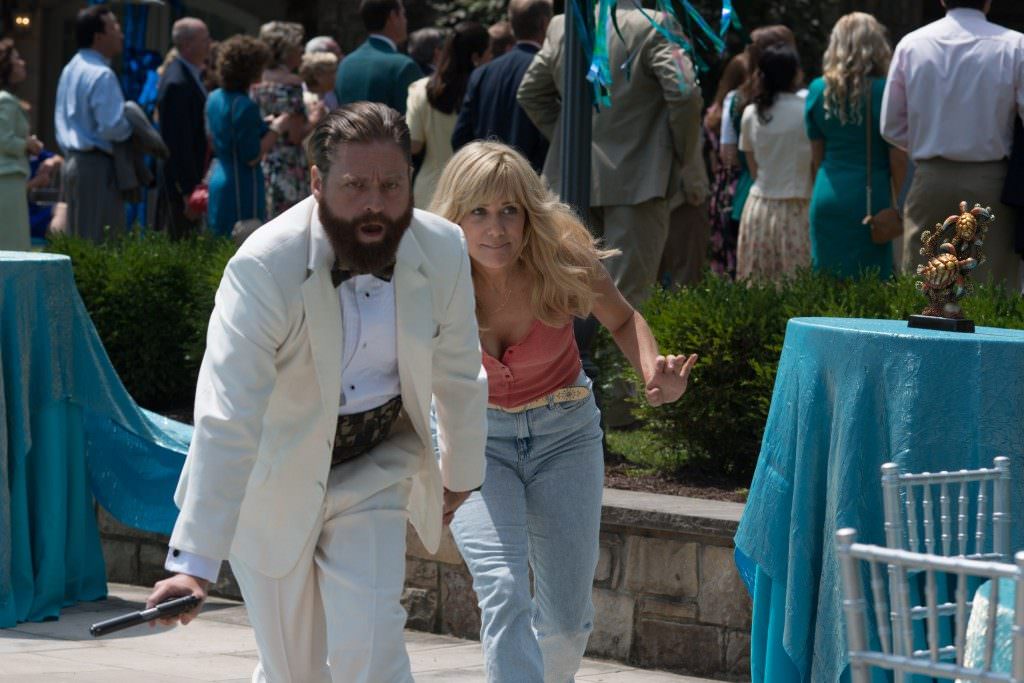 This trailer for Masterminds starts off like so many armored car/ bank heist thrillers – the set up is a news broadcast of the theft in a shaky, blurry camera and a newscaster's voice over explaining the audacity of a bank robbery– but it all changes, and becomes wonderfully Galifianakian, with a bullet in the pants, “It feels like it just grazed my biscuits, right in between stuff,” Zach Galifianakis says.

This tease for Masterminds is chock full of the raw fun and sensationally silly escapades we've come to expect from America's preeminent clown (he can really act, too). You've got your chase scenes and explosions, but more importantly you've got top notch cast to surround Galifianakis who also happen to be some of the best comedic actors in the business: Kristen Wiig, Owen Wilson, and Jason Sudeikis included.

We've seen the bungling robber bit before, but Jared Hess and his team of writers’ take looks like more fun. While we'll have plenty of massive films to feast on starting on May 1st (Ultron, anyone) and carry us through the summer (Jurassic World is another mega-film we're pumped to see), Masterminds looks like it'll be a much needed dose of silly, giddy, bullet-between-the-cheeks fun.