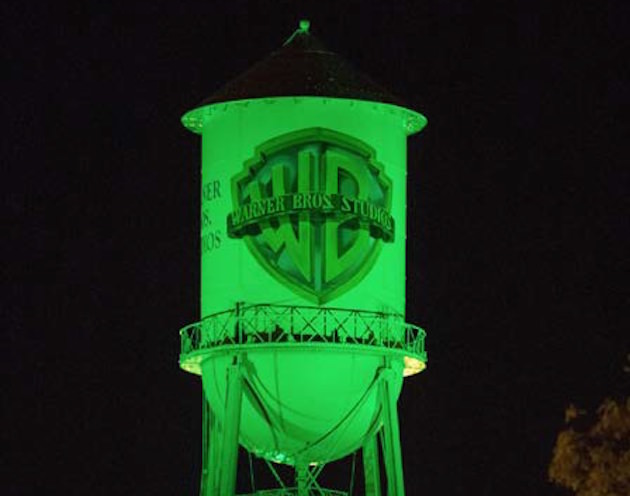 According to the New York Times, a billion people will take action to protect the planet today in honor of the 45th annual Earth Day, which attracted about 20 million people worldwide when the movement began in 1970. This includes hikers in China cleaning up part of the Great Wall, tree-planting projects in Cameroon and Uganda, and a ceremony in Peru to start up a new wind turbine to help bring renewable energy to a rural community.

In the film community, the six major studios have been working on lessening their carbon footprint and evolve their environmentally sound practices for years. This includes preventing more than 19,000 tons of studio sets and other solid waste from entering landfills in 2014, which is a 75.5% diversion rate for all of their solid waste from landfills. This is the highest diversion rate recorded since these efforts began to be tracked, beginning more than 20 years ago.

These efforts make a difference. Some key numbers to consider:

NBCUniversal has a “Zero Waste” recycling program on the Universal Studios lot. In 2014 this resulted in about 1150 tons of materials recycled, 750 tons composted, at an increase of 66% over the previous year. Universal’s approach extends to helping the communities they film as well. For Jurassic World, the production spearheaded the first comprehensive production food donation program in New Orleans. Their commitment to reducing food waste during production resulted in more than 28,000 meals in 2014, at more than 36,000 pounds of food, that were donated by 28 of their television and film productions in five different cities.

Fox’s 24 became the first television production to be completely carbon neutral, and the show’s return, 24: Live Another Day, included an even more enhanced green production, including sets constructed of 100% Forest Stewardship Council certified lumber, a 98% waste diversion rate, and efforts to minimize air travel and replace generators with grid power tie-ins. Fox has a partnership with the U.S. Department of Energy since 2010, working to design, construct and deploy energy efficient technologies for their offices and stages. Their water conservation efforts have reduced water use by more than 50,000 gallons a year.

Sony’s environmental innovation is best exemplified by their Screen Gems film label. Beginning in 2006, Screen Gems built a semi-permanent superstructure on the Sony Pictures Studio lot, which has been utilized by feature films and eliminates the need to build a new frame for each feature’s set. Screen Gems became the first production to use only LED and energy efficient light-bulbs on the set of Think Like A Man, and during production of About Last Night, they continued to focus on reducing the energy required for a feature film by removing any set generators. On every Sony and Screen Gems film, the production must complete a legacy project. For example, while shooting The Amazing Spider-Man 2, the studio helped plant trees and restore areas along East River Park that had been devastated by superstorm Sandy.

Disney decreased their net emissions 31% from their 2012 levels. Their studio lots in Glendale and Burbank had a 75% waste diversion rate, up from 68% in 2013. Their Burbank studio lot campus will also soon have a fuel cell, which will help supplement electricity use and provide a clean, efficient power generator with minimal environmental impact. For every ticket sold to their recent release Monkey Kingdom, Disneynature will make a donation to Conservation International to help protect monkeys and other endangered species in their natural habitats, much like they did with donations tied to last year’s Bears, which went to nonprofits to conduct research on more than 400,000 acres of national park land in the U.S.

Warner Bros. has been donating surplus materials to Burbank schools and nonprofits since 1995. These efforts included, in 2014 alone, 2,400 meals to the New Way Foundation, 200 bags of clothing to the Children’s Hospital LA, and accounted for many tons of total materials. On their upcoming film Batman V. Superman: Dawn of Justice, the production provided 8,200 meals to the local HOPE Warming Shelter, and partnered with locally based Organization for Bat Conversation to support their Save the Bats campaign, donating the film’s sets and building 150 bat houses to help create new habitats. In 2014 alone, Warner Bros. made more than 100 material donations, including 51,820 pounds of food, to 50 nonprofit partners nationwide. They also installed LED-lighting on some of their most iconic exterior fixtures on their lot, including the historic water tower.

At Paramount, employees can access the studio's EVC charging stations for their electric vehicles, which is a part of their overall effort to foster green living in their employees daily lives. Paramount hosted a drive for employees to donate their clothing, shoes and linens, collecting one ton’s worth of material for re-use in the U.S. and abroad. They did the same with electronic waste, collecting more than two tons of employee electronic waste that was then diverted from a landfill and recycled. Their Los Angeles Zoo Bioswale Project saw Paramount employees volunteer to install upgraded watershed areas within the L.A. Zoo parking lot, which capture and clean storm water runoff and divert it to local watersheds.

These are but some of the efforts each studio makes throughout the year. If their was a collective motto for their work, it would be that every day is Earth Day.