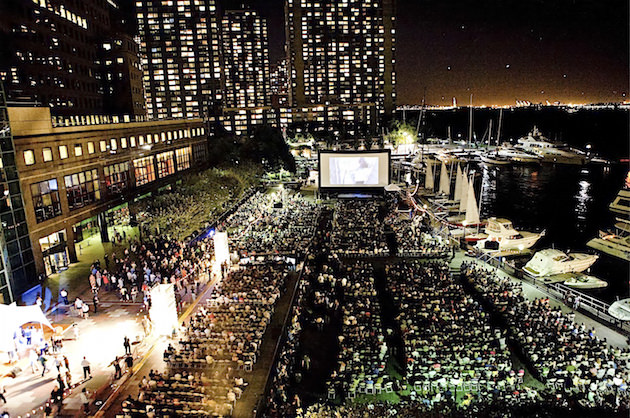 New York took center stage in the opening and closing films of the 14th annual Tribeca Film Festival, however the winning films rounded things out with stories from much further afield.

The Saturday Night Live documentary Live From New York! kicked off the proceedings, demonstrating how the landmark comedy show has both responded to the times and occasionally had a hand in shaping them over the 40 years it’s been on air.

Also looking to the past, a 25th anniversary screening of Martin Scorsese’s Mob classic Goodfellas closed the festival last night. Cast members including TFF co-founder Robert De Niro and Ray Liotta joined Jon Stewart on stage at the Beacon Theater for a Q&A following the screening.

The top prizes were awarded to Virgin Mountain and Democrats, which won the world narrative and world documentary prizes respectively, and were selected from a line-up of 12 narrative and 12 documentary films from 19 countries.

The Icelandic-Danish Virgin Mountain, written and directed by Dagur Kári, is a simple story about Fúsi (played by Gunnar Jónsson) a 43-year-old virgin living at home with his mother who is pushed into joining a dance class. The jury awarded the prize with these comments: “With its mixture of humor and pathos, this film captured our hearts. Beyond the deceptively small frame of a mismatched love story, the film deals with the issues of bigotry, loneliness, bullying, mental illness, and ultimately the triumph of the human spirit and the meaning of love.”

Democrats, by Danish director Camilla Nielsson, chronicles Zimbabwe’s efforts to draft a constitution in the wake of Robert Mugabe’s contentious 2008 presidential win. The jury awarded the prize “For its choice of an important, universal subject; for filming in conditions where simply to be present is a triumph; and for prioritizing dignity, courage, and our common struggle for humanity.”

Gunnar Jónsson was named best actor for his role in Virgin Mountain and Hannah Murray best actress for her role as Sara in the Danish film Bridgend, the daughter of a police investigator tasked with investigating a string of suicides in the Welsh county Bridgend.