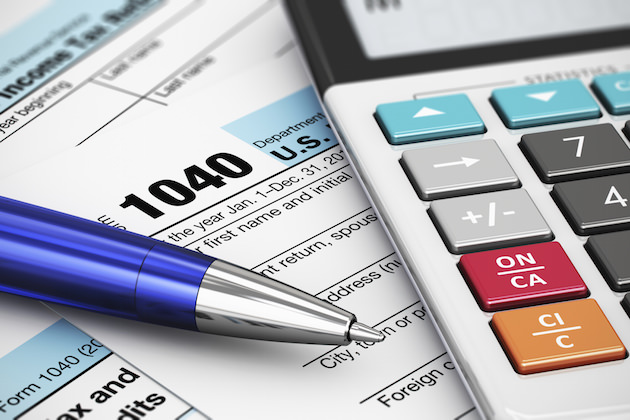 Nobody likes taxes (although as John Oliver recently reminded us, blaming the IRS is understandable but actually sort of ridiculous), but here are four films on the subject to celebrate getting the task done! To find out where to watch these four go to: http://wheretowatch.com

Expanding on their Saturday Night Live characters, John Belushi and Dan Aykroyd star as Jake and Elwood Blues, two white boys with black souls. Sporting cool shades and look-alike suits, Jake and Elwood are dispatched on a "mission from God" by their former teacher, Sister Mary Stigmata (Kathleen Freeman). Said mission is to raise $5000 to save an orphanage (taxes). In the course of their zany adventures, the Blues Brothers run afoul of neo-Nazi Henry Gibson, perform the theme from Rawhide before the most unruly bar crowd in written history, and lay waste to hundreds of cars on the streets and freeways of Chicago. In case you aren't swept up in the infectious nuttiness of the brothers Blue, you might have fun spotting film's legion of guest stars, including James Brown, Cab Calloway, Aretha Franklin, Ray Charles, John Candy, Carrie Fisher, Steve Lawrence, Twiggy, Paul Reubens (aka Pee-Wee Herman), Frank Oz, and Steven Spielberg.

Like the TV series that shared the same title, The Untouchables (1987) was an account of the battle between gangster Al Capone and lawman Eliot Ness, this time in the form of a feature film boasting big stars, a big budget, and a script from respected playwright David Mamet. Kevin Costner stars as Ness, a federal agent who has come to Chicago during the Prohibition Era, when corruption in the local police department is rampant. His mission is to put crime lord Capone (Robert De Niro) out of business, but Capone is so powerful and popular that Ness is not taken seriously by the law or the press. One night, discouraged, he meets a veteran patrolman, Jimmy Malone (Sean Connery), and discovers that the acerbic Irishman is the one honest man he's been seeking. Malone helps Ness recruit a gunslinger rookie, George Stone (Andy Garcia), and, joined by nebbish accountant Oscar Wallace (Charles Martin Smith), the men doggedly pursue Capone and his illegal interests. At first a laughingstock, Ness soon has Capone outraged over his and Malone's sometimes law-bending tactics, and the vain mobster strikes back in vicious style. Ultimately, it is the most unexpected and minor of crimes, tax evasion, which proves Capone's undoing. All of the credits for The Untouchables boasted big names, including music from Ennio Morricone and costumes by Giorgio Armani. Director Brian De Palma continued his tradition of including a homage to past masters of the cinema with a taut stairway shoot-out reminiscent of a similar sequence in Sergei Eisenstein's Battleship Potemkin (1925).

A socially isolated IRS agent whose every move is documented by a disembodied female voice discovers that his life is the subject of a book currently being written by a best-selling author, whose creative block has stunted her repeated efforts to kill him off, in a quirky fantasy comedy written by Hollywood hot property Zach Helm and directed by Finding Neverland's Marc Forester. Harold Crick (Will Ferrell) lives a life of solitude. Kay Eiffel (Emma Thompson) can't seem to find a way to finish her latest book. Though Harold and Kay have never actually met, their fates are about to become intertwined in a most unusual manner. With her publishers growing increasingly impatient with her apparent inability to put the finishing touches on her latest novel, Kay is assigned a new assistant whose task it is to help provide the creative push needed to get her book finished and into the hands of her many eager fans. The subject of Kay's novel is a lonely and despairing IRS agent named Harold Crick, who believes that his life has lost any real meaning. As Kay continues to weave Harold's woeful tale without realizing that her protagonist is actually a living human being unable to concentrate on his life and career due to the constant interference of the narrator who inexplicably seems to anticipate his every move and read his every thought, her continued efforts to kill her perplexed subject finally provide him with the incentive needed to fully experience life by seeking out the source of the voice that plagues him. Penned by the screenwriter named by Variety magazine as one of the "Top Ten Writers to Watch" and who was also included in Esquire magazine's "Best and Brightest" list of 2004, Stranger Than Fiction features supporting performances by Maggie Gyllenhaal, Dustin Hoffman, and Queen Latifah.

An ambitious executive accepts an invitation from his boss to attend a dinner party where high-powered professionals make fun of unsuspecting dimwits in this remake of Francis Veber's 1998 comedy The Dinner Game. Upwardly mobile executive Tim (Paul Rudd) has just landed his company an extremely wealthy Swiss client when his boss, Lance (Bruce Greenwood), invites him to an exclusive, yet unusually mean-spirited dinner party where each of the high-powered executives brings a guest to make fun of. Recognizing that his long-awaited promotion is finally within reach, Tim begins to have second thoughts about participating in the elaborate charade when his longtime girlfriend, Julie (Stephanie Szostak), the successful curator at a local art gallery, voices intense disdain for the idea. The following day, Tim is looking for a way out of the dinner when fate throws the perfect guest right in front of his luxury car. Barry (Steve Carell) is a sweet but dim-witted IRS agent with an unusual hobby: he creates elaborate dioramas featuring stuffed mice. His latest project is "The Last Supper," and he's just put the finishing touches on a tiny mouse Jesus to set at the center of the table. Tim knows that Barry is his ticket to a big corner office on the seventh floor, but the closer the party looms, the more he realizes that his bumbling new acquaintance isn't just an idiot, but also is a magnet for chaos.