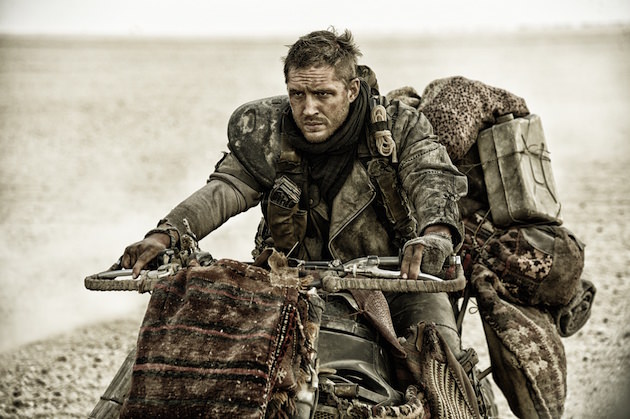 Today at CinemaCon, Warner Bros. Pictures is presenting an exclusive highlight reel of their upcoming summer slate. While technically starting in spring, the studio’s first big release will be Mad Max: Fury Road, which bows on May 15. We’ve already taken a look at the latest trailer from Fury Road, which looks relentlessly entertaining and beautifully shot.

On May 29, San Andreas, starring Dwayne Johnson as a search and rescue helicopter pilot looking to save his daughter after a magnitude 9 earthquake levels California.

On June 5 the gang is back with the release of the long-awaited big-screen adaptation of HBO’s hit series Entourage. Now Ari Gold (Jeremy Piven) is a studio head, and Vince (Adrien Grenier) and his stalwart crew, E. (Kevin Connolly), Turtle (Jerry Ferrara) and brother Johnny (Kevin Dillon) are looking to make major waves while dealing with the usual Hollywood insanity, Vinny’s newfound desire to direct and Ari’s Hollywood-sign sized ego.

Another Max makes his entrance for Warner Bros. this summer on June 26—only instead of a leather-clad warrior, this is a precision-trained military dog who must leave active duty after losing his best friend. Max is sent home to live with the fallen soldier’s family, but he's reluctant to get close to anyone else. It’s not your typical family action adventure.

A whole different kind of family film drops on July 1 when Channing Tatum returns in Magic Mike XXL. The Kings of Tampa are looking to exit their male stripper careers in style with one final, epic blowout performance in Myrtle Beach.