Filmmakers Dana Flor and Toby Oppenheimer (The Nine Lives of Marion Barry) are relying on an Indiegogo crowdfunding platform to raise $60,000 to finish Check It, their documentary about a gay gang in one of Washington D.C.’s most violent neighborhoods. The campaign ends on April 4 — and as of this writing they have raised a bit more than $53,000 — or approximately 89 percent of their goal.

The film, which has been in the works for more than three years, follows the Check It gang, which was formed in 2005 by childhood friends who are navigating the choppy — and often violent — waters of their neighborhood, fighting off bullies and trying to make better lives for themselves by entering the world of fashion (yes, you read that correctly).

“It’s important to note that while a portion of the funds we raise will go towards completing the film, 10% goes directly to the kids themselves, to help fund their up-and-coming fashion line,” Oppenheimer says.

Flor and Oppenheimer’s company, Macro Pictures, is producing Check It alongside Olive Productions — founded by Wren Arthur, Steve Buscemi and Stanley Tucci — and RadicalMedia. We spoke to Oppenheimer about covering what could be America’s first all-gay or transgender gang — which currently has about 200 members.

How did you and Dana start working on this project?

We first met 10 years ago on The Nine Lives of Marion Barry. I’m from D.C. and she’s still there. Making that film, we spent a lot of time in tougher neighborhoods and poverty-stricken areas, and we met a lot of people. One guy, “Mo,” is kind of a gang counselor to D.C. gangs. We started hanging out with him, and one day he said, “You gotta meet these guys, Check It. I’m going to work with them right now. It’s a pretty rough, gay gang that’s putting on a fashion show.” We were like, “Did you just say ‘rough, gay gang putting on a fashion show?’” And he did. We’d established a good reputation in D.C. because a lot of the African-American population had seen the film and liked the way we’d dealt with Barry. Not that we were siding with him, but that we dealt with him fairly and told his story fairly. Mo talked us up to the leaders of Check It, and we ended up meeting them.

Did you start filming right away?

No, we started hanging out with them mostly without the camera, but sometimes with the camera. We spent months hanging out, and they were getting sick of us, and we thought that they were actually gonna kick us to the curb, but then after a while they realized we weren’t going anywhere, and that we weren’t scared, and they finally said, “Ok, you can shoot us.” That was like three years ago. 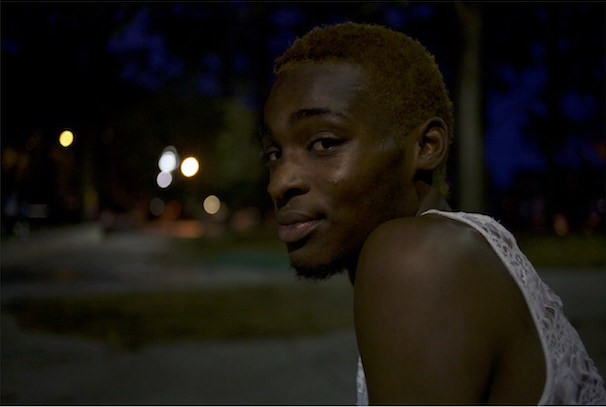 Why did you feel it was important to tell their stories?

This is one of those labor of love passion projects where we really followed their stories. These kids are all very marginalized. They come from troubled homes, and they’ve lived all over the place, and they’ve been beaten up as young kids for being who they wanted to be. They were very much who they were, and they paid the price for it. That’s how Check It came together. A bunch of them started galvanizing and forming this group out of protection. A lot of these kids didn’t have family, so this became their family.

Where does the name ‘Check It’ come from?

It comes from a few kids–it’s kind of a bold way of saying, “You want some of this? You better check it.”

And why did Mo want you and Dana to tell their stories?

Mo thought this would be good for them, having a couple of filmmakers who he trusted and believed in. They’d gotten this reputation of causing a lot of trouble. Once they were the prey, but now they had become the troublemakers themselves — but almost nearly always because they were provoked. If someone was jumping them or gay bashing them, they’d call their friends and they would turn the tables and kick the shit out of them. When we got to them, we realized a lot of them were artistic, smart, they just had a lot going against them. 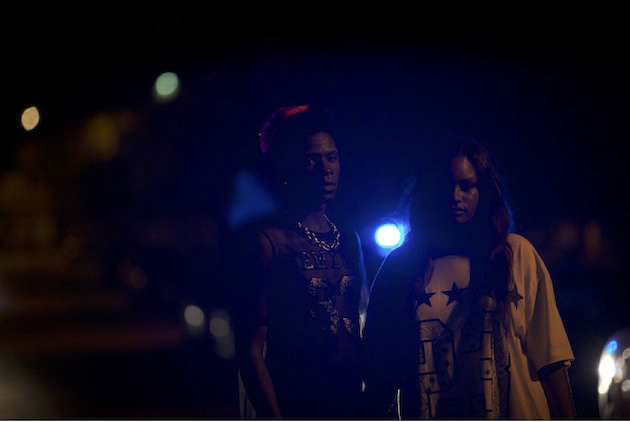 Clearly you really care about the Check It members now.

It’s true. I love character films, I love films that dive deep into people that you might not necessarily know, and you get to know them and get inside their worlds and hear their insights and inner thoughts. Those are the types of documentaries I’m driven by, and Dana is as well. The whole agenda/advocacy thing totally came from behind—it’s almost like we came about it in the most organic way possible. We weren’t out to make a gay film, we weren’t out to make a poverty film. We are out to make a film about colorful, witty, smart, energetic, hopeful, optimistic people who’ve grown up in the worst place possible. We wanted to take the cliche of a gay kid who’s weak and scared and hovering in the corner and flip that on its ass and show that that is not at all what these kids are like. As we got deeper into it, we kind of fell in love with these kids.

Dana has said, “It’s a film about being who you are no matter what.” That’s such a powerful message.

That’s exactly what it is. It’s about standing up for yourself and your friends and not giving a shit that kids on the street are making fun of you or talking shit about you. It’s about being who you are, no matter what—especially in the community that is pretty much always coming down on you. These kids stand up and are doing what they need to do to survive and to be true to themselves. They are on the precipice of adulthood, and entering the fashion world. Some of them thrive amazingly, and some don’t, which is true to the real world. We really want to show that when the opportunities and the mentors are there, that’s what kids need, and they react beautifully. 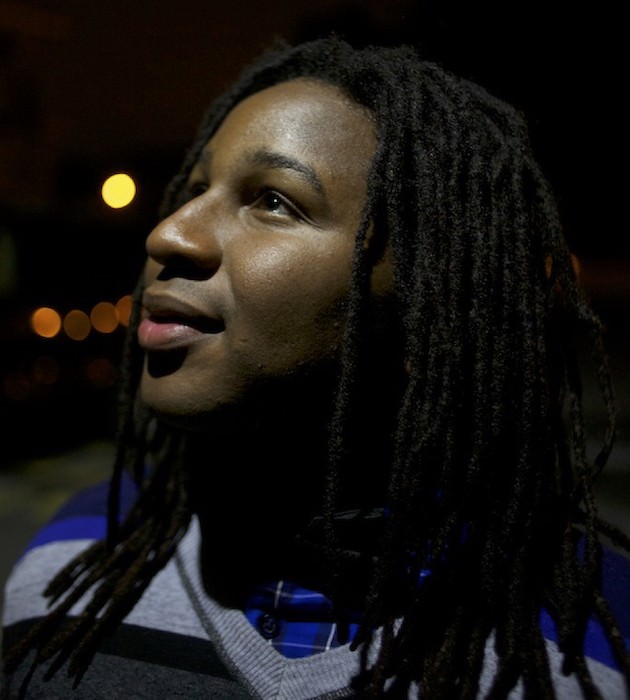 You’ve spent over three years capturing their stories—how do you even begin the editing process? You must have tons of much footage.

It’s been really hard because we talked to probably 100 of the members, and got to know them, and shot with dozens and dozens of them, and in the end, we came out with six or seven really full stories. Now we’re in the editing process, and we really have to hone it down. I guess we’ll have wonderful DVD extras (laughs). We want each character to kind of illustrate and represent the collective. We’re getting there. This film was done in dirty, guerrilla style—and I still feel like we captured a beautiful look. It’s such an original look at a world people don’t know.

Did you ever consider making it into a docu-series, like The Jinx?

We talked to a lot of people. We have a select reel, and we have a pitch reel, and we are talking about possibly some kind of fictional adaptation. Right now we’re getting it to the best shape for a festival release, be it Toronto or Sundance. If it makes the splash we hope it does, we’ll definitely consider something fictional–either a one-off or some kind of small series.

While filming, did you find yourselves in any dangerous situations?

We were running around at three o’clock in the morning with them, so no question about it. One time I was shooting a fight and a guy came up behind and smashed the camera onto the ground. It was scary. But our Check It kids came right up.

At least you know they have your back.

They definitely have our backs. (laughs) There was definitely that palpable feeling of danger and violence and something about to break out. They’re out there wearing dresses, makeup, Hello Kitty short shorts and wigs at 3 a.m. The potential for danger or violence is just so much higher than for any other kids. We never witnessed any real danger to us. We just hope shining a light on these kids ultimately helps them. It started with characters you’ve never seen and has grown into something so much bigger.