The Return of Cinderella

Disney’s original animated Cinderella, an inescapable fact of most Western childhoods, won the Golden Bear in the musical film category at the very first Berlinale in 1951. A live-action contemporary version, nearly singing-free and also produced under Disney’s auspices, premiered at the most recent Berlinale, some 64-years after the original. Directed by Kenneth Branagh and starring Lily James (best known as Rose in Downton Abbey) in the titular role, with Cate Blanchett as the evil stepmother Lady Tremaine, Cinderella is pure of heart Disney fare. The good are very good, the bad are very bad, and Cinderella is the prettiest belle at the ball, literally speaking — James looks like the walking epitome of a blooming English rose. When Cinderella’s stepfamily cruelly keeps her from attending the game-changer ball thrown by Prince Charming (his name is “Kit” in this version, played by Game of Thrones’ Richard Madden), Helena Bonham Carter's loopy Fairy Godmother fixes her up, right down to the crystal butterflies adorning Cinderella’s glass slippers, a final touch sure to appeal to six-year-olds everywhere. 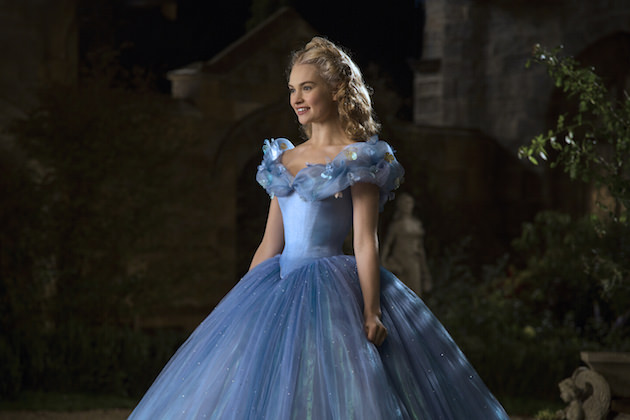 While clearly intended for children, and probably destined to be adored by many little girls and some little boys for decades to come, their parents should also mostly enjoy Branagh’s straightforward take on the classic. The film’s emphasis on “courage and kindness” should help disarm adults concerned about typical fairy tale reinforcement of the same old gender roles, while the newly diverse supporting cast won’t hurt their impressions, either. During the good-natured, goofy post-premiere press conference (the film’s themes seemed to have infected even the most jaded, Berlinale-worn journalists in the audience), Branagh praised Chris Weitz’s “excellent script” as one of the factors that brought him on board, and emphasized how he wanted to infuse “a kind of psychological modernity” into the traditional story, and “recast it in tone and atmosphere.”

The film’s tone, however, is nothing if not more magical than ever, with lush, Skittles-colored sets and reliably charming CGI animals (traditionalists fear not, fat little mouse Gus is still there, hanging on to his cheese for dear life). Costume designer Sandy Powell must have mapped out how the clothing would appeal to young clotheshorses in the making and their mothers at the same time — Blanchett’s chic floor-length skirts and killer silk blouses could have been drawn from a number of eras, while Cinderella’s outfits are the apex of every girly-girl’s dream Halloween. The gown in which Cinderella finally makes it to the ball sports butterflies, sparkles galore, and approximately 200 hundred pounds of silk tulle. James and Madden traded compliments on not accidentally tearing apart this gigantic (though not ugly) gown during an unusually athletic palace waltz scene. Of her fairy godmother dress, Bomham Carter note that though “Sandy is a genius, comfort was not high up on the priority list. I was a walking lamp. I had a fifteen pound battery pack in my bum, and there was a lovely young man who came all the way from Belgium, and he’d come and turn me on.” 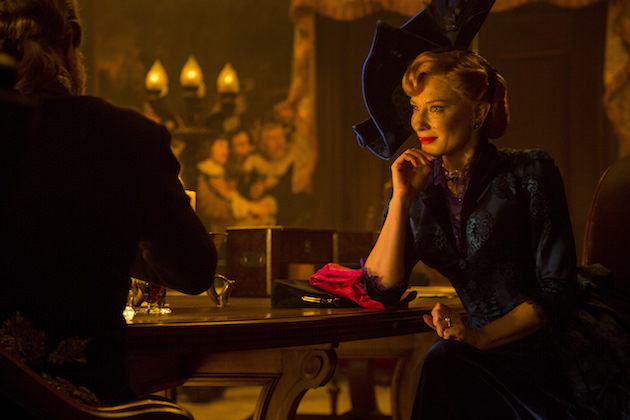 Bonham Carter’s wacky brand of Godmother magic (she imagined her character to be “a thousand years old” and made up half her lines) must have done something to the journalists in attendance; they asked one bizarre, ill-informed question after another, a lot of them aimed at poor Blanchett. ”I was sure when I saw your name in the cast you would be Cinderella,” one journalist told the actress (Blanchett is 45 years old). “Let’s save that for the silly drag shows,” she responded. “What were the challenges of the film?” the journalist pressed on. ”Not playing Cinderella,” said Blanchett, stone-faced. Someone asked whether the evil stepmother role or Blanchett’s part as the “mother of political figure Lincoln,” which he insisted she had played in a movie that screened at the Berlinale, was a bigger challenge. “Did I play the mother of Lincoln?” Blanchett, jokingly confused, looked to her fellow cast members, who discussed the matter amongst themselves. “Well, clearly it was not a memorable experience, so I’d have to say Lady Tremaine was the bigger challenge.” Regarding Blanchett’s spot-on elegantly evil stepmother voice, an Australian journalist asked “Did Branagh tell you to go very deep with it to sound evil?” No, apparently: “The pitch of my voice was maybe just the very early start,” Blanchett said, here deepening her voice for dramatic effect, “because as you get older, you spend longer and longer in hair and makeup.” Asked whether she was drawn to the fun nature of playing evil characters, Blanchett said, “Well, I was too old for Cinderella, and not funny enough for the Godmother. So I got what was leftover.” 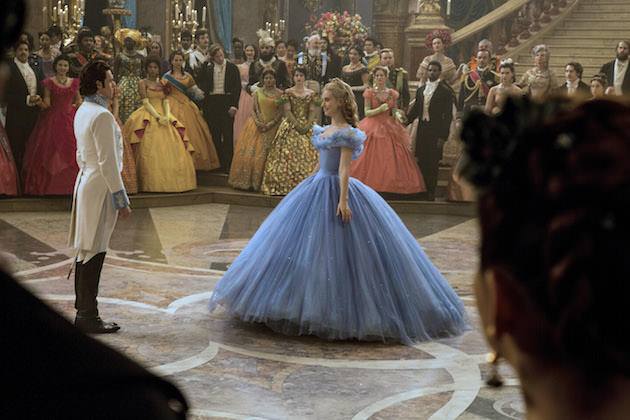 Jokes about costumes and stupid questions posed to Blanchett aside, Branagh and his actors seemed very pleased with their pleasing new Cinderella. It was everyone’s job, Branagh said, to "find a lightness of touch that wasn't glib, where we could be uncynical, without being sentimental or sappy or sort of juvenile.” Keeping it out of the realm of pure fairy tale, he spent some time on the death of Cinderella’s mother, because “the first experience of loss, for a child, is a big thing.” But also, in the spirit of this particular interview: “Disney’s been killing parents for a long time.” 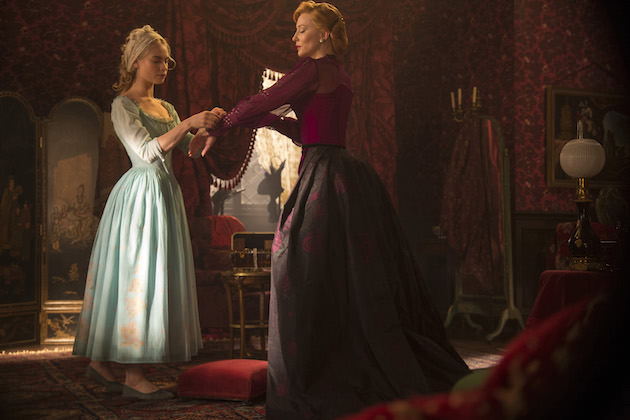 “We’re very cynical about happily-ever-after endings in life, and yet we wish to be inspired,” Branagh said. “So how would we find that in a Cinderella story now? Well, it would have to come from the inside out…from a victory of the spirit.” So this particular Cinderella, courageous and kind, finds her prince, and on somewhat more equal footing than her eponymous predecessors.