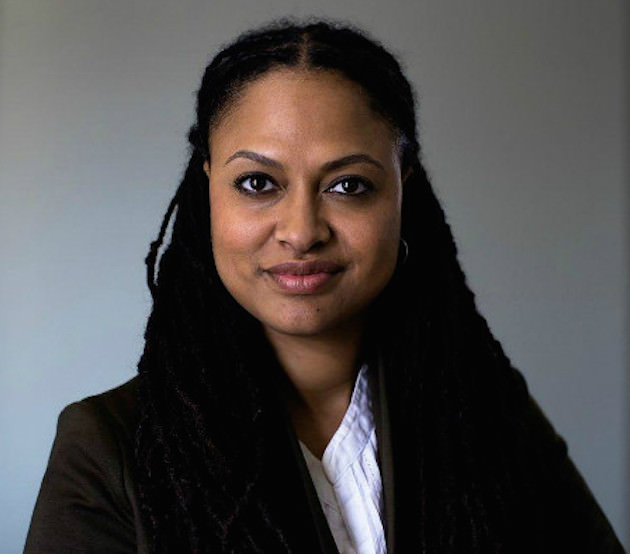 In her South by Southwest keynote address, director Ava DuVernay discussed taking on one of the greatest challenges for any filmmaker; the depiction of a historical event. For DuVernay, of course, it was the challenge of making Selma, the story of Martin Luther King Jr. leading the historic, dangerous march from Selma, Ala., to Montgomery in support of African American voting rights in 1965. She accepted the project knowing she was the seventh choice for director (at various points Stephen Frears, Paul Haggis, Michael Mann, Spike Lee and Lee Daniels were interested) and was well aware that many would disagree with her portrayal of people and events that are not only a crucial part of American history, but a part of our living history, with many people who were intimately involved with Dr. King and LBJ still alive and well and able to weigh in. Selma was quickly a flash point for historians, film critics and naysayers in an industry in which everybody's an expert. "I went into that film [Selma] with one thought, singular and clear: serve this story. You have to. It wasn't made with any sort of achievement in mind." DuVernay's achievement, however, was clear; Selma was a triumph.

While the media has been rife with complaints that Selma only received two Academy Award nominations and DuVernay was overlooked for a Best Director nod, she expressed a remarkable sense of herself, her priorities and her obligation to her art. “Don’t limit the dream with the small stuff," she told the packed crowd in Austin, "you have to open up and let your attention be beyond yourself, because if you’re dreaming about you, it’s too small.” She added about the Oscars, “It’s not anything but a big room in L.A. with very nice people dressed up and applauding. And it’s cool, it’s very cool. But my work’s worth is not based in what happens in, around, and for that room…this cannot determine the worth of my work.”

Selma had a $20 million budget, her prior film, Middle of Nowhere, was made for only $200,000. Middle of Nowhere got DuVernay the Directing Award for U.S. Dramatic Film at the 2012 Sundance Film Festival, the first for an African American woman, and was a huge step towards her eventually taking on Selma. Asked if given the same $20 million and the opportunity to remake Middle of Nowhere, DuVernay said she would rather make four Middle of Nowhere’s. “I still want to make small budget films. In this day and age, as filmmakers, we need to be flexible. It is about being interdisciplinary across categories and not being so bogged down with the number. You can tell any story for any number.” DuVernay referenced the work of Steven Soderbergh and Spike Lee as inspirations. Both of these directors have made large blockbuster films followed by small films, like Soderbergh’s Bubble, and even commercials.

DuVernay, in addressing criticism of insufficient diversity in the film industry, encouraged the SXSW audience. “We have to do the work. For me, it’s not about saying ‘It’s not diverse enough. Hey you guys, make it diverse.’ It’s about, what are we asking for? The work has to be done. People who care about the work, do the work that has to be done. Stop asking people for permission who don’t care about the work, and do the work.”

When asked about the women in Selma’s script, DuVernay remarked, “There weren’t any women in the script in a significant way… so I added them in. The women of ‘the moment’ never got their due in the way that they should have.” DuVernay made the point that “the intellectual labor of women is often disregarded.” Since the “intellectual labor” of women is not highlighted in traditional history, she finds it imperative to highlight these women in film.

What’s next for DuVernay? Television. 2015 is her “TV year…I am totally engrossed and entranced and enamored by all the stuff that’s going on in television…being able to tell a story that is elongated. You don’t have to fit it into two hours. You can tell a story with 13, 22 episodes.” DuVernay has two projects in the works, “one for a friend of [hers] who owns a network,” Selma producer Oprah Winfrey. The other is For Justice, for CBS, “It’s about an elite unit of the FBI that investigates civil rights abuses and what does civil rights look like in 2015? The first episode that I’m directing is kind of a Ferguson-like case.”

DuVernay does not want anyone to be bitter about Selma. As she told the SXSW audience, this has been“the f**king most awesome year.”