Writer/director Andrew Bujalski came into this year’s SXSW having already made four well respected, funny/weird films. His 2002 debut, Funny Ha Ha, is considered the first mumblecore film, and revolves around the lives of recent college grads who try, in their own singular ways, to put off adulthood for as long as possible. The film landed on New York Times critic A.O. Scott's top ten list for the year, and put Bujalski at the very forefront of a new wave of indie films. Fast forward to 2013’s Computer Chess, which merged documentary techniques and video technologies to create a compelling hybrid that satisfied narratively.

This year he brought Results, his romantic comedy that already made a big splash at Sundance (it was nominated for a Grand Jury Prize) and has garnered great reviews, like Bilge Ebiri’s take in Vulture. Starring Guy Pearce as Trevor, the owner of a Austin-based personal training gym, Cobie Smulders as Kat, one of his trainers with a slight anger management problem, and Kevin Corrigan, a wealthy and recent transplant from New York looking to get in shape, Results delivers the romance and the laughs without following the usual rom-com beats. The three leads are superb (and a hat tip to Giovanni Ribisi, Constance Zimmer and Anthony Michael Hall for funny, small supporting roles), the script is loose and often surprising, and the direction by Bujalski makes it evident that part of his talent is in writing for and working with actors.

We spoke with Bujalski at the Intercontinental Hotel in downtown Austin, while his son played soccer with the film’s producer, Houston King, nearby. 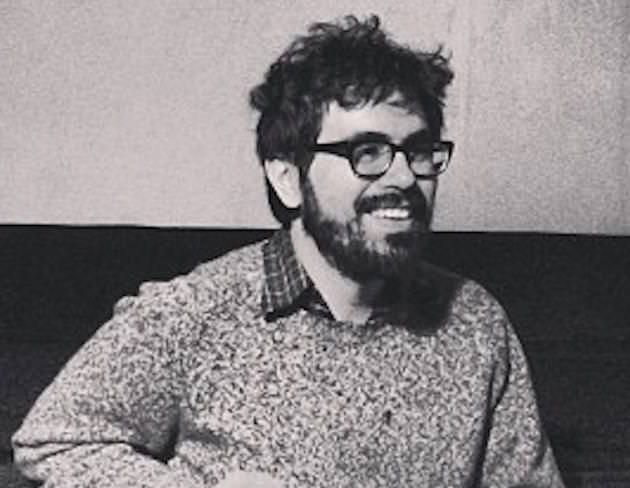 What was your initial inspiration to write a film rooted in the world of personal training?

I’ve done some writer’s-for-hire work, and so I’d written things that were intended to be bigger romantic comedies before, and they’re so mechanical, but in a way that’s kind of fun. As a screenwriter, it’s fun to take on that kind of Rube Goldberg machine that those things are. I knew I wanted to do something quasi in the romantic comedy range, but I had the opportunity here to do it more organically, and not have to build it so strictly as a sort of machine. But it really started, first of all, with the fantasy of pairing Kevin Corrigan and Guy Pearce, and I’m extraordinarily lucky that I got both of them to do it. I was thinking of actors I’d like to work with and Kevin was somebody who I’d respected for a long time and who I’ve known for a few years, so I’d always wanted to work with him. Guy was somebody I had breakfast with, we had a meeting about something else and I found him quite fascinating, so I thought of those two guys and I was already kind of laughing, imagining what on Earth would be the movie that you could possibly put those two in together, how do I make sense of that?

They are so disparate, it’s great.

And yet there’s some odd, surprising commonalities and overlap, I think. Certainly they’re both inscrutable. Which is where a lot of their power as actors come from. They’re both actors who I love to watch because I’m never quite sure what they’re thinking, of course in very different ways. I really started to build the movie around that idea, that these were two guys who did have something in common despite not looking like it. And then I knew if I had two inscrutable guys I needed an explosive woman in the middle, so I started to come to the Kat character. Then from there I just kept teasing it out. It’s the way I usually approach most of my own writing, images come to you, you throw them at the wall, and you try to figure out how or why they fit together. And you end up with these weird little movies.

It must be really refreshing for the actors to get to step outside of the Rube Goldeberg machine of romantic comedies into something this fun.

Sure, but of course that creates plenty of challenges. The nice thing about the Rube Goldberg machine is it’s very efficient, and it works, and when you do something this way, I don’t know at what point I figured out or decided I was doing this movie that has this very…the structure would not pass muster in romantic comedy screenwriting 101, because there’s this obvious issue where it’s not clear who the protagonist is.

I was pretty sure the protagonist was Kat, until I decided it was Trevor, then I wasn't sure. It was wonderful not knowing.

It’s wonderful for me, but it may not be wonderful for box office. At some point you figure out that that’s what you’re doing, and there’s a reason you’re doing, and it’s very intuitive at a certain point. Without every quite articulating it, you have to follow through on something like that. It’s like Richard Dreyfuss building the f**king thing in Close Encounters, saying “This means something”…you get into that feeling where you’re building something and you don’t know exactly what it is, but you know what you have to go do.

The actors must have loved working on this…these are meaty, offbeat roles.

I hope so. That certainly was the wish, and you know, in particularly, I was very nervous as I had three lead characters and I was so fortunate to find Cobie Smulders, who was that missing piece as the other two I had written with them in mind, so for that reason I was very nervous to show it to Guy and to Kevin, because when you write something for someone, particularly Kevin’s character, it’s like, is he going to say, ‘Really, is this what you think of me?’ But he got it.

One thing that’s nice is you’re waiting the whole time for Guy or Kevin’s character to be revealed as some kind of lunatic, but they’re not. They’re not bad people, they’re weird, but they're genuine. I was waiting for the big reveal that Guy’s character ends up being a pedophile.

Good point, but you know what I mean.

Sure, sure, in a lot of films it would turn out that his character would end up being more obnoxious than he is.

How was shooting around Austin?

It was great. It was a fast production, five weeks, it was intense. It’s a similar schedule to everything I’ve done, but this was kind of a bigger beast, certainly the largest crew I’ve ever worked with. By Hollywood standards it’s still a very tiny, very scrappy, very indie production, but it was big for me. So certainly there was some getting used to that. It’s the same as any indie movie, there’s never enough time, you have no idea how you’re going to make your days, you just scramble through, drink your coffee and get it done.

How big was your crew?

I think it was something on the level of about 40 people who were there every day, but my first movie, there were four people who were there every day, in the third movie there was eight, then Computer Chess got a little bigger, but once you’re into 40 or so people, it’s got that kind of military structure to it, I’m also getting old, so. I was actually 24 when we shot my first movie, and I also obviously didn’t have a family or kids, so it was important for me to be there at the end of the day wrapping cables with everybody else, even though I was never any good at it, people would tell me to put down the cables, you suck at it. But now it is weird to go to set and there are young people and I haven’t learned all their names yet and they’re treating me respectfully, there’s a kind of deferential thing which is just what you’re supposed to do, and it feels weird. I’m always kind of like, 'Hang on, let’s see if I can earn your respect, don’t start treating me with respect when you meet me, that’s too weird.'

That’s also probably just your sensibility, I’m pretty sure there are a decent amount of directors who get off on being the boss.

Well I will say that’s on day one, by day three I’m like, 'Would you bring me another one of those coconut waters?' You get used to that fast.

You have these three actors who people know and like a lot who deliver things that you’re not expecting.

That was certainly important to me. I think the way to make money is to get somebody who everyone knows is good at one thing, and get them to do that thing again. And that doesn’t appeal to me, so a big part of this, certainly, Guy is such a brilliant actor, and clearly gravitates towards darkness, he does so many deep, dark movies that I don’t know how he survives them, but again, just from that one breakfast meeting, I thought there’s something else here, there’s a way to take that same guy with those same instincts, that still trades on that internalized, that’s great for darkness, I think there’s a way to find sweetness in there, too.

And Kevin Corrigan, getting to play someone who’s actually a pretty warm hearted guy…through those levels of weirdness.

Because he is such a consummate character actor, he’s really old school in that sense, they don’t really make actors like that anymore. But yeah, almost by definition that kind of guy doesn’t usually get a shot at carrying a movie, and that was important to me, too. I was very excited to let Kevin shine, just as a fan, I just want to see it.

What are your hopes for Results?

Here was a movie that we went out and, look, it’s a low budget movie, it’s a labor of love, we poured our hearts into it, but, this was the first time I made a movie with the thought, I would like this one to earn it’s money back, and it would be bad if it didn’t. On the other movies, of course, yes, I wanted them all to go make a million dollars, but that was never a part of the plan, and here, it’s the kind of movie where it’s actually a real goal, for the movie to be sustainable in that way. And that changes things quiet a lot.

That’s just because I have awful commercial instincts. Last night was the first time I watched it with an audience, and to me, I’ve had all kinds of identity crises in the last year, and all these fears of, 'Oh now, this is my down the middle sellout movie,' and then I watched it last night with an audience and I thought, 'Well if that was selling out I didn’t do a very good job because this movie’s weird.'

How was the reaction?

People have been great, people laughed…

Yeah, if this is your version of selling out…

Then I’m very bad at selling out.