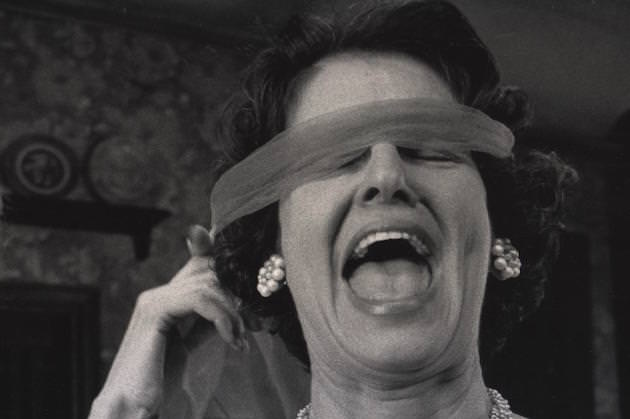 Films by women, about women, and in many ways, targeted to women were a huge part of this year’s South by Southwest festival. Women were tremendously prominent in the line-up, serving as two of the four SXSW film keynote speakers: Ava DuVernay, the noted director of Selma, and Christine Vachon, who has produced some of the most celebrated American indie features, including the Academy Award wining Boys Don’t Cry. But in this year’s incredibly rich field, one film particularly resonates in its inspiration and relevance to current and future generations of women.

Writer/ producer/director Ron Nyswaner’s She’s The Best Thing In It is a celebration of the life, process, struggles and contribution of ‘working’ female actors. It is a gift, not only to young women starting in the business, but the men and women of all ages who try, at whatever stage in life, to reinvent themselves. The premiere of this offering in the documentary competition focuses on the life of veteran ‘character’ actor and Tony Award winner Mary Louise Wilson. Mary Louise Wilson may not be a household name, but the 83 year-old, with a career spanning nearly fifty years, has produced one of the richest bodies of work in the industry, from stage to film to television, and as diverse as Grey Gardens, Cabaret, Nebraska and Nurse Jackie. The film also features interviews with some of the finest female actors of multiple generations: Frances McDormand, Melissa Leo, Tyne Daly, Estelle Parsons, Charlotte Rae, and Valerie Harper.

She’s The Best Thing In It accompanies New Orleans native Wilson back to her hometown and follows her experience teaching an acting class at Tulane University. The lessons of this documentary transcend acting, age, and even gender; they are deeply rooted in knowing yourself and always being in the mode of rediscovery. Wilson is an incredible example in substance over “stardom,” self-awareness, talent, work ethic, and is an example for future generations of actors, women, anyone, really, in perseverance and entrepreneurism – who doesn't want to create their own opportunities?

We had the privilege of sitting down with Ron Nyswaner (Oscar-nominated screenwriter/producer of feature films Philadelphia, Soldier’s Girl, Mrs. Soffel, The Painted Veil, and the upcoming Freehold and television’s Ray Donovan and Homeland) and Mary Louise Wilson.

Ron, this is your first documentary. What was the impetus behind directing a documentary focused on female character actors careers – Mary Louise and the actors used in the supporting the interviews?

Ron: I know from all my story telling experiences, you have to narrow things, you have to narrow your focus…I wanted to talk to actors about acting, and my main character was a female actor [he already had Mary Louise]…the film is about having a long career, so I thought, 'Why don’t I talk to female actors who are looking at having long carriers?' I think so much of the film is about ‘sticking in there.’

Why did you select Mary Louise in particular for this opportunity?

Ron: We have known each other for many years, from upstate New York. We have done plays together, and we are in a writers group and a theater group together. I have been hearing about Mary Louise’s family for a long time so it was very natural for me to try and get some of that on film.

Here is the chicken and egg question. What came first, the opportunity to teach at Tulane or the idea of making She’s The Best Thing In It?

Ron: The opportunity to teach at Tulane. She said ‘Oh, they asked me to come down to Tulane to teach,’ and I thought, ‘Oh, ok, that might be worth recording just to see and to get to learn a little bit how Mary Louise acts.’ I would get to learn from her by watching her.

Mary Louise: I took the teaching job because I wasn’t working. It was winter. I was going to New Orleans and I have family there. I thought fine, this is great.

Ron: At that point we didn’t know what we were going to do…It was just having two guys with cameras follow you around for a while.

Mary Louise, in watching the film, I noticed a dramatic change in the students' ability to reach within themselves and create strong and powerful roles.

Mary Louise: I saw the growth for sure. Especially when they had their monologues.

Ron: I can say you became more comfortable too. In the second half, when they are working on their monologues, you are very much like a director. It was very relaxed.

Mary Louise: The only interest I have in theater is actors. I go to the theater to see actors. I love actors. I can’t get over what they do. Sometimes I am just flabbergasted. So I would say that was an influence, just being very, very interested in actors and how they do it.

Ron, I loved the interviews with the character actors. What made you decide to augment the film with those vignettes?

Ron: When we started, Mary Louise was on Broadway in a play by Norah Ephron called Love, Loss, and What I Wore. I wondered if Mary Louise and I could get her colleagues to sit down. Those were actually the first interviews we did, before we went to New Orleans.

Did they shape the filming in New Orleans?

Mary Louise, you are 83 years old and beginning a run on Broadway in On The 20th Century with Kristin Chenoweth and Peter Gallagher, almost 10 after Grey Gardens. As an update to She’s The Best Thing In It, is there any you would changed concerning the Tulane class?

Mary Louise: I always keep turning over what I said, and how I could improve it and make it clearer. Other exercises – that is what I would do differently. Yeah definitely; I would enjoy it more. But I would rather be acting or gardening. You have to have something to do when you are not working and I don’t have children so I garden.

Do you keep in contact with any of the students?

Mary Louise: I haven’t. Ron has.

Ron: I talked to a few. Dave is working in L.A. Joe is working. Leah Ann is in L.A.; she was in the Groundlings.

Mary Louise: I can’t believe people now go to school to be a comedian. Amy Poehler was in The Groundlings. I’ll tell you she’s [Amy Poehler] my hero and so is Tina Fey because men don’t think women can be funny. It still exists you know. I love it. I thought that all my life. Being on stage with a man who doesn’t want me to be funny.

You have been pushing against that idea that women aren’t funny for years. You are a comedian; does this make you an outlier? How do you feel about it?

Mary Louise: That is a good way of putting it. I have always felt like an outlier. How do I feel about it? I feel ok. I just feel ok about it. Of course that is a reason I wanted to do a one-woman show. There is no one onstage cramping my style.

Ron: That is why I wanted to do a documentary. It is exactly what I wanted it to be. I took advice from some of my editors, but still….

Mary Louise: Everything is about having one thing that you have done yourself. Every actor should have that. That is one thing I told them [the Tulane students]. Do your own show, even if you do it in a nightclub. Just do it.

How long did the process of making She’s The Best Thing In It take?

Ron: Five years. Mary Louise was re-recording sound even three months ago. I would call Mary Louise every now and then and she would say, say ‘you are still working on this documentary?’ It was endless. There were periods I went off to make some money. It reached a point where I knew it was done…when Mary Louise just finished writing a book about herself.

Mary Louise, did the movie help with the writing of your autobiography?

Mary Louise: It was really a coincidence. I had been struggling with writing it for more than five years. Ron and I were in a writers group. I would bring in stories about my family and growing up in New Orleans. I wanted to write about how I got this play or that, which I co-wrote and acted. The book sort of blew up into a general history. I have been in the theater for 50 years. It is interesting for me to look back on what was going on in the 50s, 60s,70s. That is why I titled it, My First Hundred Years in Show Business.

Mary Louise, have you seen a growth in yourself while working on the book?

Mary Louise: I was miserable most of my life. I was unhappy; I had no self-confidence. I took an awful lot of trouble to telling people how bad I was. I am out of that now. Part of it was life experience; part of it was counseling. But a lot of it was writing this book. I had to really look at how I sabotaged myself and not be overcome by it and move beyond it.

Ron: It is a great feeling when I can say – I can write it. I joined the TV show Homeland. They have pictures of them [the writers] everywhere with all of them holding Emmys. I didn’t feel at all intimidated. You know when know what you’re doing. That took 30 years of doing it.

Mary Louise: I know what I’m doing. It is really great when you can look at your past and you don’t flinch. And that is where I'm at. I'm happy now; I am really happy now. Will I still be funny? That’s the question. I always claim that if you are funny you have to be miserable. You have to be miserable to be funny.