Insurgent stormed into theaters last Friday, the second film adaptation of Vernoica Roth’s “Divergent” novels, starring Shailene Woodley as the resourceful, courageous Tris. Set in a dystopian future Chicago obliterated by war, the people are separated into personality-based factions and ruled by the increasingly iron fist of Jeanine (Kate Winslet). Tris, as the first film in the series was titled, is a "Divergent," meaning she's a little bit country and a little bit rock-n-roll and doesn't comfortably fit into any one faction. This makes her, and those like her, enemies of the state. Divergent ended with Tris and her fellow black sheep escaping into the ruins of Chicago, pursued by Jeanine and her henchmen.

Insurgent, released a mere year later, concerns Tris's capture and her subjugation to a series of "Sims" by Jeanine (where Tris is suspended by these creepy/cool cables, as seen in the photo above)—simulated but still deathly adventures that Jeanine hopes will help her unlock a mysterious box that will save her crumbling empire. These simulated sequences are breathtaking, the action in Insurgent is greatly enhanced from the original, but Woodley still carries the whole thing off with her native warmth and charm. What we wanted to know was how did they crank out Insurgent so quickly?Executive producer Todd Lieberman spoke to us about putting the film together in a small amount of time, what he and his producing partners actually did on this film, and some advice for those looking to get into the business.

What were the particular challenges you faced with the second installment?

The challenge with any franchise, and certainly coming off the extraordinary popularity of the books, is that the first movie has to introduce everybody to the characters, and for all the fans of the book, you’re meeting all these people you’d already envisioned in your mind. So you have to get that right, while also, for the people who don't know the world, you’ve got to establish who all of these people are, what this faction thing means, and just nail all of that detail. With Insurgent, all this legwork had been done and we got to blow it out a little bit. Hopefully with the same level of emotional complexity and intra-personal dynamics and complicated characterizations, but a lot more action.

There’s not only more action, but it’s more complex visually. Tell me about the use of CGI this tiem around.

We took the idea of this world and the idea of the Sims and playing with reality, and hopefully took full advantage of it. I think people have been surprised with how inventive the visuals are. There’s certainly still a lot of practical action going on here, but the asset we found that we had in Insurgent are the Sims, as you can see from the trailers, we really wanted to full advantage of that asset. There's action in both realms, the real world and in the Sim world, and both, thankfully, have an emotional context so it’s not just action for action’s shake. This was something we were all striving for and we were thrilled about.

How do you see your role as a producer?

My mom asks me the same question. The way I describe a producer is you kind of have to know a little bit of everything about the process, so you can step in when needed and stop back when not needed. Hopefully you’re hiring the right creative people who share the vision. With Insurgent, along with Douglass Wick and Lucy Fisher, we hired the director Robert Schwentke, then hired all the key crew, hired the writers [Brian Duffield, Akiva Goldsman and Mark Bomback], so we continued to develop the story as a unit, and we made sure the creative direction of that story was in sync with what we were all feeling. We did doing everything we could to make sure we could enact that creative vision.

Are you the one responsible for casting the new faces in the film?

Yes, as producer’s we’re also casting those remaining roles, we cast Naomi Watts and Octavia Spencer and Jonny Weston, and then as the movie’s getting made, we’re on set making sure that Robert’s getting what he needs and that the script is being represented to the best of everyone’s intentions. Once it’s in post, Robert shows it to us early and then we keep making sure that the creative vision is in sync, then we sit down with the marketing folks about their plan. So from the beginning to the end, as a producer you’re there as a resource, a partner, an asset, and driving everyone to get things done. Any problem that comes up on any level, we’re in there some how. It’s one long balancing act, and we’re doing our very best to make sure it’s the best it can be. 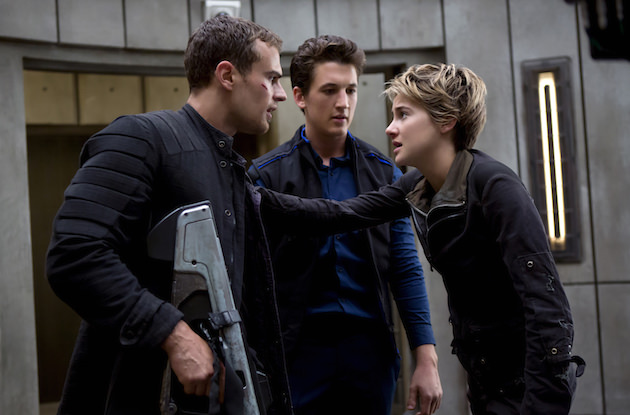 How’d you get started in the business?

From an early age, I knew I wanted to be involved in entertainment. I was in the theater for my whole life, writing, directing and acting. I moved out to Los Angeles with the intention of getting involved, but I didn’t know in what capacity. I knew that I loved movies and storytelling, and that I’d get involved in any and all productions. I eventually learned that I didn’t have the desire or patience to write or direct, so I acted for a few months. I was cast in a few shows and learned my skill set was not as an actor, so from there I got a job an assistant at Summit, which is now at Lionsgate. I learned at Summit that I loved finding great stories and putting them together, and that’s when I realized, oh, this is what a producer does. You find those stories to tell and you figure out how to get them to the widest audience. So I started there, finding projects that were commercially viable, and I partnered with David Hoberman to start Mandeville Films, our production company. We’ve been working together sine 1995.

What advice do you have for young (or simply late to the game) filmmakers who want to get into the business?

I do speak at colleges often, and kids come into my office to chat. I typically tell them two things: one is the best way to explore is to read as many scripts as you can get your hands on, and two, if you can afford to spend some time at a company working as an intern, or if there’s an opportunity to be an assistant, sometimes at an agency, that’s also invaluable. Philosophically, once you find what you love, and once you have a real interest, do everything you can to just follow that. If that means being a producer, go out and find stories that move you, whether they be in the newspaper or from friends or a blurb online, anything can be a great story. What we do is try to find great stories.

For me, particularly I learned really quickly my skill set was in noticing others who had the skill set of acting, directing and writing. I liked being around people who had talent in those areas that I didn’t have, but I could notice it. Recognizing other people’s skills is what a producer does.

As for Insurgent—for any movie you are a part of, you want as much possible time to get it right. For various reasons with this one, we didn’t have a lot of time to get it up on its feet. And I think, collectively, all of us involved from the studio to the folks on the ground to production to all the people on the producing line to the director and actors, we’re all very proud that the finished product got to the place it got to and especially with that time frame. We started shooting the movie right after Memorial Day weekend, and this is a big movie, and for the people who have seen it or will see it, to take in how big it is, and to have made that after you start shooting at the end of May and to be releasing that movie in March, at this scale, that’s quite an accomplishment.