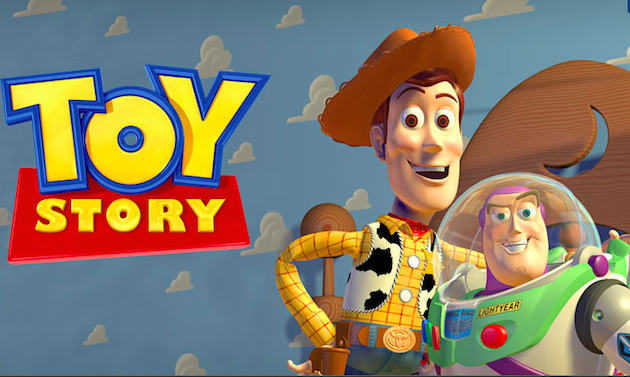 Has it Really Been 20 Years Since Toy Story?

Given the length of the lines (at least 100 people were turned away at the door) for South by Southwest’s, “Infinity & Beyond: Pixar & 20 Years Since Toy Story”  panel, many of us have a friend and clearly miss our old Buzz Lightyear and Woody the cowboy toys. But this ‘behind the scenes’ look into the Pixar films that made so many of us animation junkies was the next best thing. Rooted in engineering, Pixar’s “marriage of technology and art” continues raising animation to whole new levels. Yet it is hard to believe we are celebrating the 20th anniversary of this first computer generated feature film.

The afternoon kicked off with a history lesson from the Pixar team, recalling the company’s techie origins and treating us to clips of some of their earliest attempts, which included a look at Andy’s mom with a floating head and Buzz’s eyes on his chin. When it came to computer animation, Pixar’s designers and animators were true tech pioneers, creating the tools they needed as they went along. When writing code for the first Toy Story, for instance, the Pixar staff had to play a sort of guessing game using pen and graph paper to try and get the location coordinates correct. Pete Docter recalled that, “A lot of this was so slow that we had the stand in models. You couldn’t actually see Woody. You would see this weird green tube guy, and that in itself was so slow that you would have to record it, leave the room, go for a jog or something and come back." Galyn Sussman added, “There was no interactivity. Not even close to real time. It was, 'Make your best guess and then go get a cup of coffee and come back and see if you were close.'”

Pixar began under the auspices of Lucasfilm as a hardware company with computer scientist Ed Catmull and Toy Story director (then interface designer) John Lasseter making demonstration ‘shorts.’ In 1986, Steve Jobs purchased the computer division of Lucasfilm and renamed it “Pixar.” Pixar started by selling ‘pixars,’ image processing machines, and producing commercials, which helped fund the eventual move to animated film. Pete Docter recalled when Pixar’s short film Tin Toy became the first computer animated feature to receive an Academy Award in 1988. That success eventually led to a contract to make several features for Disney and the beginning of inventing the ‘technology’ to make it all happen. So Pixar had a deal in place with Disney, but no story ideas yet.

Through a series of creative sessions, the team, which included Docter, Toy Story director John Lasseter, Andrew Stanton, and Joe Ranft began developing the films' beloved characters. But they were not always the same ones we know today. Woody originally began life as a ventriloquist doll that fought with the tin man from the Tin Toy short. But Disney’s then-CEO Michael Eisner thought ventriloquist dolls were creepy (hard to argue that), so Woody eventually transformed into a pull-string cowboy doll. And Buzz Lightyear was developed because Woody needed something much cooler and more modern to be jealous of than a tin toy.

However, differences between the Pixar writing team and Disney executives ended up causing the film to be scrapped. Docter recalled that the executives didn’t love the original characters, and thought it was very juvenile. This meant a rewrite which turned Woody’s character into more of a “jerk.” After seeing the original storyboard reel screening, executives threatened to call the movie off but the Pixar team begged, “Give us three months and we’re just gonna go for broke,“ Docter recalled. “If we’re gonna go down, let’s at least go down doing what we believe in. And so we took three months and boarded like the wind. I don’t think we actually finished the whole film…they saw a little potential there and didn’t shut down the project."

Producer Galyn Susman, who worked as a lighting supervisor on Toy Story, said they didn’t understand what was required to make a full-length feature. Pixar underestimated their needs by about 400 percent. Today, as Pixar has gotten more adept at the production process, the size of the staff needed to make a film is about 50% of what was needed on this groundbreaking 1995 feature. "We thought that we would be able to animate the entire film with eight animators…We ended up with 33," she said. In total, about 120 people worked on the first Toy Story, which is about a third of what they use now. On a typical Pixar film, there will be in total about 400 to 450 people. The team thought they could create the film with only 53 processors and ended up needing 300. Today Pixar has access to 23,000 processors; and they can now render all of the original Toy Story in real time.

In the end, Toy Story made over $191 million in the US market. The movie was so successful that CEO Steve Jobs took Pixar public one week after the release of the film. Technical director Eben Ostby spoke about the success saying, “We had never known failure, so we just thought this is how it is. It was our first movie, it was a success.” Docter also reflected how baffling it was to him that Toy Story was out around the country and how shocked he was when friends would tell him they had seen it. Disney now owns Pixar, which is run out of a complex in Emeryville, California, close to San Francisco, in a kind of homage to the company’s technical origins. Ostby opined that the days of scooter races and laser tag were over. Docter noted that, “We still don’t know what the hell we’re doing…you think I'm joking, but we don't. Every one of these [movies] has the weird ability to completely scramble your brain and fool you into thinking it's working, until you show somebody else." Susman added, “We were always aware that we were making the first film done on computers, but I don’t think any of us really realized that it was a first, like starting a new way of doing animation in any kind of real sense…even to this day, just thinking about doing this talk, it was like, 'Whoa, we were part of the first of something.' And that's pretty special."

During the Q&A portion, the question of the latest film in the series, Toy Story 4, was raised. Due for release in the summer of 2017, the film will  bring back Tom Hanks and Tim Allen to voice their iconic characters and will be directed, once again, by John Lasseter. Susman said this story will be quite different from the others in the franchise, “It is a very personal story.” It has been nearly two years since Pixar’s last film release; but with the recent completion of their latest feature – Inside Out –they will soon be back in theaters. And, judging by the standing room only crowd for this particular panel, fan and audiences are ready for it. 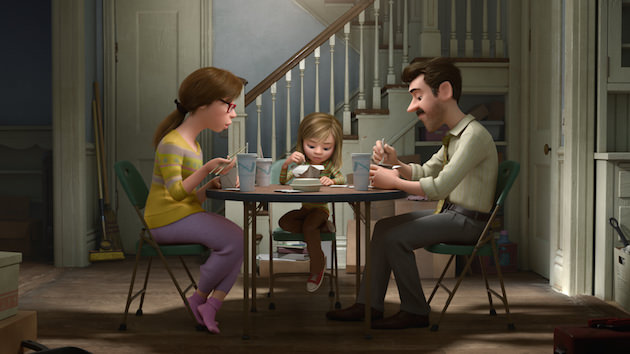