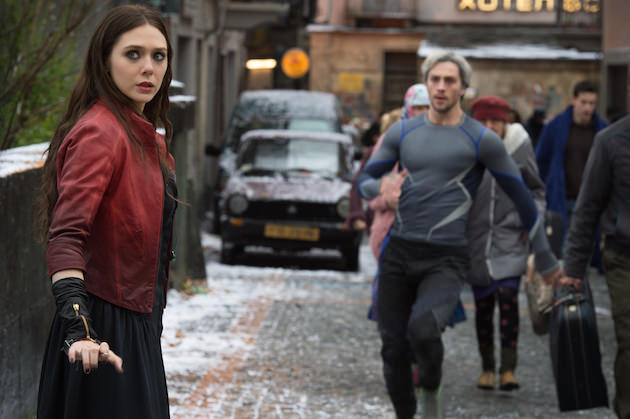 Joss Whedon recently said that Avengers: Age of Ultron was by far and away the most challenging film he’s made, largely to do the sequel’s super-sized cast. It was tough enough to juggle the Hulk, Iron Man, Thor, the Black Widow, Nick Fury, Captain America (honestly it just keeps going), but Ultron makes the original Avengers look like a walk in the park.

Well, he’s at the finish line now, and in a few short weeks (when meteorologists predict it will actually stop snowing out here on the East Coast), Age of Ultron will finally be here. Here’s a quick look at two of the new characters that will be throwing down with our old shawarma-loving heroes, the twins Pietro and Wanda Maximoff, who are Quicksilver (Aaron Taylor-Johnson) and The Scarlet Witch (Elizabeth Olsen) respectively.

Let Whedon, Taylor-Johnson and Olsen give you a bit more on this duo, and just hang in there until the premiere on May 1.