When Will Smith and Margot Robbie look credible picking pockets in Warner Brothers’ Focus, opening Friday, it’s due to detailed coaching behind the scenes from a man sometimes known as “The Gentleman Thief.” Apollo Robbins, a performer who once picked the pockets of President Jimmy Carter’s secret service escort, gets top billing as a consultant on the new film because writers/directors Glenn Ficarra and John Requa (Crazy, Stupid, Love; I Love You Phillip Morris) brought him in at script level in 2011.

Ficarra and Requa wanted a different angle on the world of con men for a movie structured around a love story between senior thief Nicky (Smith) and novice thief Jess (Robbie). Robbins brought to the film his familiarity with “whiz mobs” or “wire mobs,” an organized group of underground criminals that he explained “consist mostly of different types of diversion thefts” including pickpockets and shoplifters.

“Some people call it tricks; some people call it sleight of hand,” Robbins told The Credits. “In all honesty, it is sleight of hand, but the problem with the term is people misinterpret that as being magic. Really, that’s more what you’d see in [2013’s] Now You See Me. There is sleight of hand in the con world and Focus does use some of that, but these techniques range beyond that. … Most people think of what I do as pick pocketing but it’s really the con; it’s any type of applied deception, from card playing to hacking.”

In 2013, when Robbins spoke at TED Global (and The Credits got a chance to interview him in Scotland, as well as have their pockets picked by way of hands-on lesson), he was also in the midst of discussing neuroscience perception tests and the possibility of subconsciously “priming” someone’s decision process with Ficarra and Requa. Some of those concepts ultimately appear in the film, particularly in a high-stakes sequence set at the Super Bowl. But Robbins also taught the stars of Focus to pick a pocket — or, as an actual pickpocket would call it, to lift. The Credits caught up with the master of “sleight of hand” to hear about how one of the world’s biggest stars (Smith) and another rising one (Robbie, Wolf of Wall Street) took to it.

“Will was very focused on the psychology,” Robbins said. Robbins and Smith talked through the nuances of “grift sense,” or the ability to see through someone else’s eyes, and the difference between emotional empathy and cognitive empathy. “He really wanted to understand how a con man is able to live with themselves and how they’re able to process things, what they need as a person. It’s an interesting dance when you think about, how does a predator rationalize their victimization of another person? That’s quite different from Will’s natural inclination to be a caregiver, nurturer, true comedy person,” Robbins said. “I taught him some of the physical dexterity but most of his emphasis was character and study of that work and becoming very familiar with that world.”

Robbie, on the other hand, proves her worth as a scam artist to the on-screen team during an extended sequence involving nine lifts in a row on the street. “Margot was a lot more physically involved,” Robbins said. “It was a tight relationship between the wardrobe department, the props department, myself and Margot because we had to coordinate all those things for rehearsal. … I was very fortunate that she had the mindset that she did and is a fast learner. I think we would have had to change that scene otherwise.” 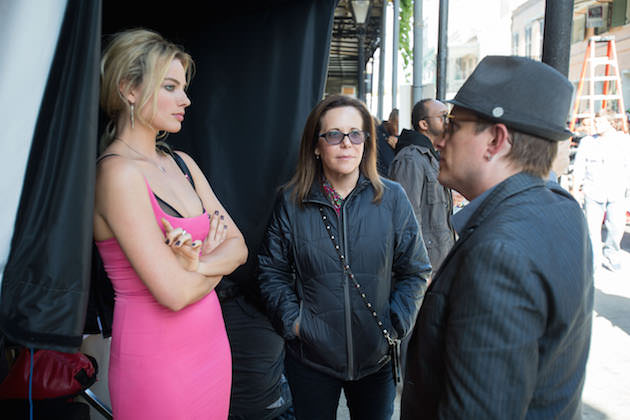 Robbins credits Robbie’s background as a dancer for some of her innate physical ability. “The footing, the spins: some of those steals are similar to what, in salsa or ballroom dancing, what’s called a cross-body lead,” he said.

While a background in dance or martial arts can help, anybody who puts their mind to it can learn the physical mechanics of sleight of hand, according to Robbins. Learning how to independently control one’s fingers, he added, “can be a whole separate ballgame.”

But Robbie has said elsewhere that the confidence to actually make a lift — something Robbins had her practice on set — was the hardest part to learn. In the underworld, it’s called having the “belly” to be a thief. “You can’t self-edit when you’re doing it or else people will smell it,” Robbins said. “That’s 60 to 75 percent of it. I’ve seen guys on the street do it without the physical dexterity and it’s just because they have the confidence." 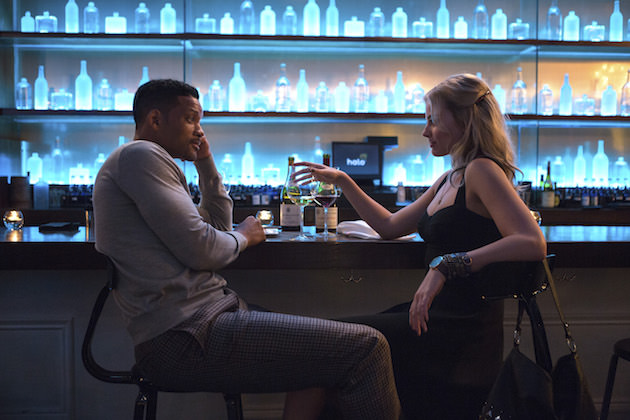 “That confidence you can think of as what’s known as guilty knowledge,” Robbins said. “If you’re going to deceive someone, you now have guilty knowledge of what you know is real versus what you’re going to allow them to see as real. The space between those two is where you have guilt. In trying to teach [Smith and Robbie] how to do distractions, I had to get that smell off them.”

Years of experience as an actor don’t automatically alleviate that kind of knee-jerk “guilt,” Robbins said. He pointed to Jesse Eisenberg’s attempt to pull off a magic trick on The Late Show With David Letterman while promoting Now You See Me in 2013.

“What you see there is that guilt,” Robbins said. “That was exactly what I was trying to get rid of for Margot and Will. Even though he’s a very accomplished actor, because he has all this guilt in his head now — camera here; Letterman there — he gets this cognitive overload.” 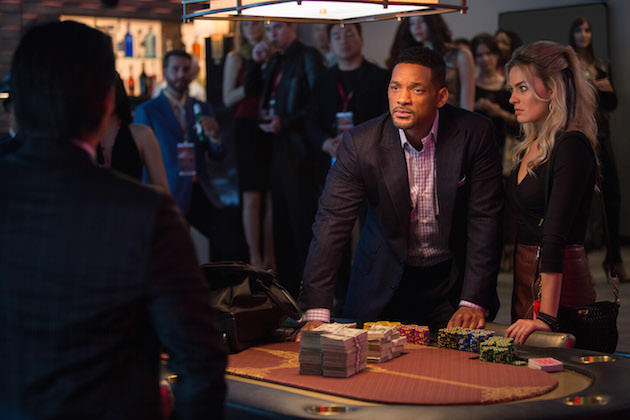 Robbins is an expert at using that kind of cognitive overload as a distraction, something Smith’s character Nicky talks a lot about in the movie. Nicky even steals a few notes from Robbins’ TED Talk when he compares attention to a spotlight.

Thanks in part to Robbins, Focus digs into some of the psychology of applied deception. The expert “theatrical pickpocket” is also a wealth of opinions on other movies in the con man genre, and lists as his favorites 2003’s Matchstick Men and the 2000 Argentinian film Nine Queens.