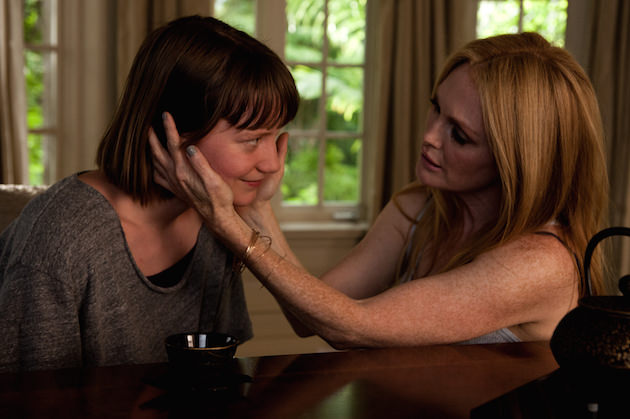 A Q&A With Maps to the Stars Screenwriter Bruce Wagner

Screenwriter Bruce Wagner knows Hollywood. At an early age, he witnessed the lives and lifestyles of the rich and famous firsthand. Growing up in Beverly Hills, he attended school with celebrities and later on, when he was working as a limousine driver, he drove countless members of the A-list around the city.

It’s no surprise then that Wagner enjoys writing about the Hollywood culture in novels like Force Majuer and Dead Stars and in screenplays like the one he wrote for Maps to the Stars. What was a surprise, at least to Wagner himself, was the fact that Maps has now been made into a film. When he wrote the screenplay, he didn’t think the story would ever be brought to the big screen. He explored taboo topics and ideas in it that he thought Hollywood would never want to dramatize onscreen.

Fortunately, he was wrong.

When director David Cronenburg (who we interviewed last June at the Provincetown Film Festival) first read Wagner’s script decades ago, he offered to direct the movie and now—after years of false starts and fading hopes— the story has finally been brought to the big screen. The drama, which opens in theaters nationwide today, stars Oscar winner Julianne Moore as a fragile actress burdened with her own insecurities and Mia Wasikowska as her new assistant— a young woman who knows more about Hollywood than she lets on. With a cast that also includes Robert Pattinson, John Cusack and Olivia Williams, Maps to the Stars is a film about the pursuit of celebrity that features many of them in leading roles.

Yesterday, I conducted a phone interview with Wagner and talked to him about writing this story twenty years ago and how it finally made it to the big screen. Below is a slightly edited transcript of our conversation.

Can you talk about the impetus for writing this story? You wrote it twenty years ago, correct?

Yeah. At the time, I was kind of in danger of corruption. I was a screenwriter for hire and I was working on an endless series of projects that I didn't care about and I felt at the time that I needed to do something that was kind of a cri de coeur– a cry of the heart. Something that I would keep like a journal…that would have a lot of taboo things in it because I never expected the movie to be made so I had a lot of freedom to imagine a scenario that could not be filmed. Certainly not by Hollywood and that was the impetus. It was ‘what could I do in writing about a family that was so wild and bold and true that it would never be written by someone else’ so it had my own voice. It was something that was very intimate for me and it was written as a kind of way to exorcise where I felt I was heading in Hollywood. 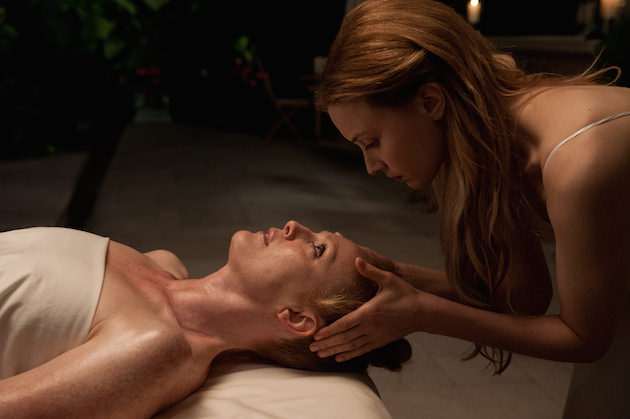 So you completed the script not believing it would ever be filmed? How did that change?

I was friends with David Cronenberg and I showed him the script the way I would show him a book that hadn't been published. In other words, I didn't say 'would you be interested in directing this' because I didn't want to be so presumptuous and David was— and is— very busy and has a mind of his own and I was quite surprised when he called me out of the blue to say that he wanted to do it. Apparently the various things that I was writing about— the themes that I was exploring— had a lot to do with those that are close to David's heart as well.

Can you talk a little bit about your writing process?

It kind of varies for each project. I'm primarily a novelist and sometimes with novels, I will very extensively block out a book and frame at least four chapters ahead in terms of my outline and I always know how books will end. With screenplays, it's a little trickier. I think you have to be more careful in outlining. Otherwise you wind up throwing things away that are extraneous to [the] narrative so I think with Maps, I began sometimes with characters that I was drawn toward. 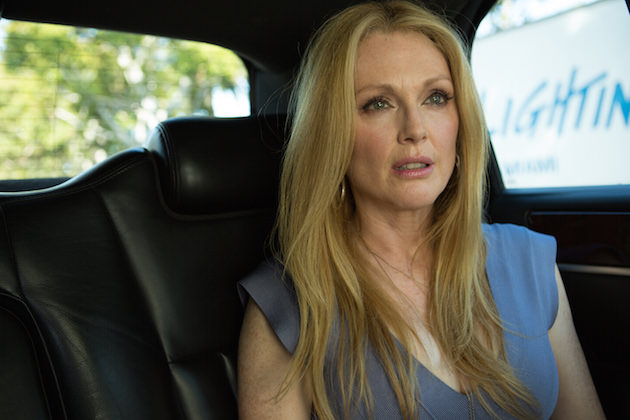 Julianne Moore's character— the sheer desperation and uncensored quality of her monologues is what drew me to her. She didn't have any armor whatsoever and lived in kind of a world of shame and humiliation and fear and did not have— there was no skin on her, so to speak. That attracted me and allowed me a great freedom in her monologues or soliloquies. Agatha— Mia Wasikowska's character— I remember… having the idea that she would bleed on her employer's pristine white expensive couch. That was a bold enough imagining that I could construct other things around it that led up to it and of course the consequences of that. 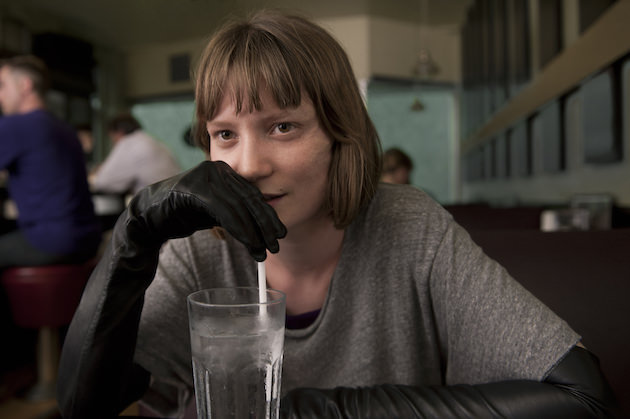 So it's hard to recall specifically but I think with any writer, you have to be committed to a character. You have to love or be enthralled or intrigued by that character and from that, everything flows because you have an authentic interest. If you don't have an authentic interest, then nothing matters and that was the dilemma I found myself in [earlier]…it's the reason I wrote Maps to the Stars because everything that I was writing [about before], I did not care at all about.

When you started writing Maps, did you know how it was going to end or did you just focus on the characters first and then found their journey?

With Maps, I focused on the characters and found their journey. Novels— some writers don't outline at all in terms of novels… you have a little more freedom because you can begin [writing it] and you don't know if it's gonna be 250 pages or 600 pages.

With a screenplay, you basically know you've got to write 100 pages— 125 at most— so it's very specific. You generally don't want your scenes to go more than two or three pages. Of course, none of this is written in stone but the restrictions put on movie writing are much more severe than they are on the writing of a novel.

When did you finish the screenplay and how did it change during filming?

It didn't change at all during filming. The movie was pretty much in its current state twenty years ago but David tried to make it 10 years ago and [at that time] we made some cuts for length, and some things that he felt that were extraneous to the narrative but for the most part, the screenplay was as we reworked it ten years ago. We just updated some things for technology. We replaced answering machines with IPhones, calling people with texting people, and some proper nouns… but other than that, the movie was really not about Hollywood so [we updated] the backdrop of things that were so-called topical…but the heart of the story— the drama or melodrama of the story— we didn't have to touch.

You grew up in Hollywood and later worked as a limo driver. Can you talk about how the perception of celebrity you had as a young person affected the characters here?

It didn't really affect them. I know what you mean though. I grew up in Beverly Hills so I went to school with children who were celebrities or the sons and daughters of celebrities and I drove a limousine so I encountered people like Orson Welles and Andy Warhol and Audrey Hepburn and I drove an ambulance too, which was kind of the mortality side of that.

I usually write about the sacred and the profane—the extremes of human behavior, whether that be extreme wealth or extreme poverty or extreme fame and anonymity. Hollywood is kind of a laboratory that throws a bright light on all of human behavior. I wrote about a cast of characters that I was familiar with and that are also instructive in terms of what they demonstrate of human behavior, anguish, and triumph.

Were any of the characters here inspired by real people?

You've stated that you felt liberated after writing this script. Why do you think that was?

When you start to do work that derails you and kind of muddies the water in terms of what you're capable of as an artist and you see the future and the future is rather bleak in that it's a future that perhaps erases you as a voice and you see that you're participating in that— to write something then to throw off the shackles, so to speak, and write something from one's heart is always liberating.