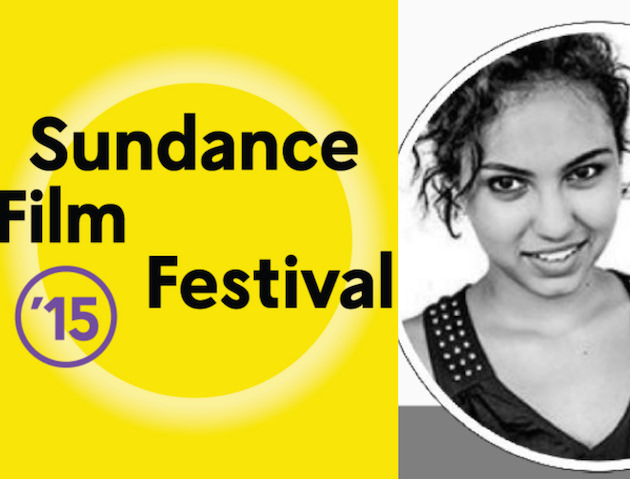 The Sundance Film Festival has made a few recent announcements that speak to a fresh commitment to help spread some of the festival’s opportunities around. The first was a new tool to help lesser-known filmmakers get their work seen by using a new service, Quiver Digital. As reported by Mashable, Quiver Digital is a distribution dashboard that allows users to push their films to Amazon, Netflix, iTunes, Google Play and Sony Entertainment Network, simultaneously and all in one place. This is great news.

The second announcement is no less exciting, and perhaps even more necessary; the creation of the Horizon Award, which will go to a female director either currently in college or recently graduated within the last six months. The inaugural Horizon Award will presented tonight to Syracuse University Student Verónica Ortiz-Calderón for her film Y Ya No Te Gustas (And You Don’t Like Yourself Anymore). Ortiz-Calderón’s short film was selected from more than 400 submissions, and will premiere at the reception. The Horizon award was co-founded by tireless producers Lynette Howell (The Place Beyond the Pines, Blue Velvet, Half Nelson), Christine Vachon (Boys Don’t Cry, Far From Heaven, One Hour Photo), and Cassian Elwes (All is Lost, Dallas Buyers Club, Margin Call).

As the first winner of the award, Ortiz-Calderón gets a $10,000 scholarship, a paid trip to the festival, and the chance to hang out with and be mentored by the three power producers behind the award. The award will be presented to Ortiz-Calderón tonight by Sharon Waxman, founder, CEO and Editor in Chief of The Wrap at a reception co-hosted by CreativeFuture and the Sundance House.

The award was born from the release of a recent Women in Film study, which showed the troublingly low percentage of female directors working in major domestic film releases. Elwes was thinking about the statistics and what might be done to help get those numbers where they need to be. “A lightbulb went off last April,” Elwes told us. “I knew I was never going to solve this issue myself, but maybe by taking some incremental steps, we can inspire someone.”

The idea was also sparked by Black List’s Franklin Leonard. “I come here every year, and last year I did a thing with Franklin and the Black List, this little contest. See, I was trying to figure out, I had this experience the year before with Dallas Buyers Club, and I wanted to give back, and I thought, maybe we’d do a contest and give the winner money, but money is less interesting than my knowledge. I thought, maybe I could chaperone someone around and introduce them to people, to agents and producers, and if they liked what they saw, they’d be inspired.”

It makes sense that it was that initial prod by The Black List to get Elwes thinking about how to connect future female directors to the industry. The Black List helps connect script buyers, representatives and screenwriters in a way that helps great work recognized, and, hopefully, produced. Last year, Elwes and The Black List selected writer Matthew Hickman as their Sundance Companion.

“It was an amazing experience, I walked him around for four days. And it was while I was here in Sundance with Matthew that I started thinking about how to do this for a female director. Somebody who deserves it and would never have this opportunity, so I asked my friends like Christine Vachon and Lynette Howell, and I went to Women in Film at Sundance, and I got Twitter and Vimeo and Indiegogo on board, and I spent all year bringing these partners into it.”

Elwes’ hope is that by identifying female talent early, before they get out of school, they might get ahead of their under representation. “And it’s fantastic, we had four-hundred entrants, and eventually Verónica, this young, brilliant girl from Puerto Rico who’s with me right now, won. We’ve also got eight others who I think are geniuses, and I’m going to try to meet them all. I used twenty-three top female agents and foreign sales agents and producers and directors to narrow the field down.”

The jury was made up of major film producers and executives with vast experience in the industry, including Lauren Selig, the producer behind Lone Survivor, Mary Jane Skalski, the producer behind The Station Agent and Mysterious Skin, and Effie Brown, producer of last year’s Sundance smash, Dear White People. Once the field was narrowed from 400 to 65, the directors Anna Boden (Sugar, It’s Kind of a Funny Story), Gina Prince-Bythewood (The Secret Life of Bees, Beyond the Lights), Francesca Gregorini (Tanner Hall, The Truth About Emmanuel) and Rose Troche (The Safety of Objects, Xanadu) helped narrow them down to 14.

Elwes, Vachon and Howell’s passion project, with the help of sponsors The Sundance Institute, Vimeo, The Black List, CreativeFuture, Women in Film, Twitter, The Creative Mind Group, and Indiegogo, is looking to become a staple of the festival going forward. “t’s an amazing thing, I’m loving it,” Elwes says. “It’s a chance for us to try to do something and not just sit back and go, ‘Yeah, that’s a problem.’”

Featured image: On the left; Syracuse University Student Verónica Ortiz-Calderón, winner of the inaugural Horizon Award for her film Y Ya No Te Gustas