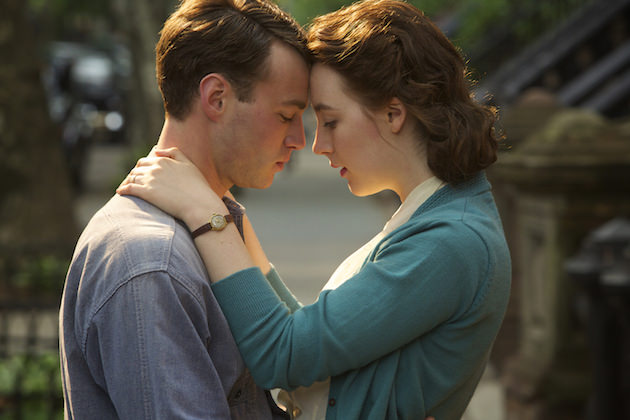 Novel Approach: 5 Films Based on Books Premiering at Sundance

Who will break out big at Sundance this year? Which film, which director, which star will get the major viral boost from word of mouth or jury prize?

The 2014 iteration of the Park City, Utah, festival opens on January 22. As usual, there is an abundance of riches to consider beyond the big screen. There are the excellent panel discussions, for instance, which this year features a first-ever appearance by director George Lucas. The Star Wars legend will sit in with the Sundance man himself, Robert Redford, to chat “Power of Story: Visions of Independence.” Leonard Maltin will moderate.

There’s the “New Frontier” artistic exhibition, which will showcase three live-action virtual reality installations, including one called “Wild – The Experience.” It draws from the critically-acclaimed Reese Witherspoon hit with imagery from a moment in the film between Witherspoon’s character, Cheryl Strayed, and her mother, that takes place on the Pacific Crest Trail.

But we come for the dark. More than 200 films from around the world, including features, documentaries, and shorts will be shown during the eight days of the festival. We’re excited about many, and look forward to seeing which ones break out big. In the meantime, we selected five with literary roots — that is, all were adapted from previously published written works — that are generating some solid pre-festival buzz. Each is receiving its world premiere at Sundance.

When your source material is stamped as a “modern Irish classic,” expectations can soar. And so they have for Brooklyn, a humor-infused gem based on the award-winning novel of the same name by the prolific Colm Tóibín, whom The New York Times calls “an expert, patient fisherman of submerged emotions.” Brooklyn follows a young woman who leaves her small town in Ireland hoping for a brighter future in Brooklyn, only to later return with a newfound sophistication. A veritable A-list of UK talent adds sweet authenticity to the movie. Produced in cooperation with the Irish Film Board, it’s directed by BAFTA-winner John Crowley of Ireland from a script by Nick Hornby — his first since penning Wild. Stars include Julie Waters, Jim Broadbent and Saoirse Ronan in the title role.

The End of the Tour

It’s easy to romanticize the life of the late great writer David Foster Wallace. The man skewered the consumerist zeitgeist of his generation more acutely than anyone else in rambling, swirling, tomes before committing suicide at 46. His fans can be, well, passionate and protective. So it’ll be interesting to see how they respond to seeing their hero portrayed on screen in The End of the Tour, which chronicles the epic five-day road trip Rolling Stone magazine reporter David Lipsky took with Wallace after the latter’s 1996 novel “Infinite Jest” was published. Lipsky’s interview never made it into the magazine, but instead appeared in transcript in “Although of Course You End Up Becoming Yourself: A Road Trip with David Foster Wallace.” Tour is based on that book and stars Jason Segel as Wallace and Jesse Eisenberg as Lipsky. Rambling and swirling indeed.

Last Days in the Desert

Coming on the heels of 2014’s two Biblical epics — Ridley Scott’s Exodus: Gods and Kings, and Darren Aronofksy’s Noah — you might assume that this New Testament-inspired tale about Jesus follows the familiar big, sweeping blockbuster approach. Instead, Last Days is more intimate with hints of the psychological conflict seen in Martin Scorsese’s Last Temptation of Christ. Writer/Director Rodrigo Garcia, son of Nobel-prize winning author Gabriel Garcia-Marquez (One Hundred Years of Solitude), focuses on the 40 days and nights Jesus spent fasting and praying in the Judean desert following his baptism. Ewan McGregor plays Jesus, who undergoes numerous temptations to break his fast by Satan — whom McGregor also portrays.

Married directors Robert Pulcini and Shari Springer Berman (Girl Most Likely) adapted the screenplay of this coming-of-age story that takes place in New York’s East Village in the late 1980s from the dazzling debut novel by Eleanor Henderson. Referring to Henderson’s work, New York Times reviewer Stacy D’Erasmo says the author “writes the hell out of every moment, every scene, every perspective, every fleeting impression, every impulse and desire of emotional detritus.” Indeed, Pulcini and Berman had a rich stew to work from. Saints follows three teens and their struggles to make sense of their lives, their desires, their dreams, and their screwed-up parents while moving through a time and place when the punk movement clashed with the invasion of the Yuppies. Think CBGBs versus The Gap. Ethan Hawke, Emily Mortimer, Asa Butterfield, Hailee Steinfeld, and Emile Hirsch star.

Drunk Stoned Brilliant Dead: The Story of the National Lampoon

A documentary drawn from Rick Meyerowitz’s excellent 2011 compendium about the hugely influential humor magazine that sprang from the brilliant minds of three Harvard grads in 1970. The flick looks at the larger-than-life, subversive writers and editors who sustained and empowered the Lampoon . . . and eventually ran it into the ground as it grew bloated with success and they, with excess. (I.e., drunk, stoned….) Along the way, the Lampoon launched numerous careers, not just in print, of course, but on the big and small screens as well, while influencing generations of comedy writers. Director Douglas Tirola gets the survivors to open and tell the story: Christopher Guest, Chevy Chase, Judd Apotow, Harold Ramis, John Goodman, Bill Murray . . . Featuring rare and never-before-seen footage.