2014 in Review: DP Robert Yeoman on The Grand Budapest Hotel

When people think of Wes Anderson’s films, often the first thing that comes to mind is their singular look. Here is a director with a signature style, whose films look like nobody else’s. As the year draws to a close, we’re looking back on some of our favorite films and chatting with the people who helped bring them to life. Today, that means cinematographer Bob Yeoman, the man who has helped Anderson achieve his look since Anderson’s breakout 1996 debut, Bottle Rocket, as well as his most recent film, The Grand Budapest Hotel. 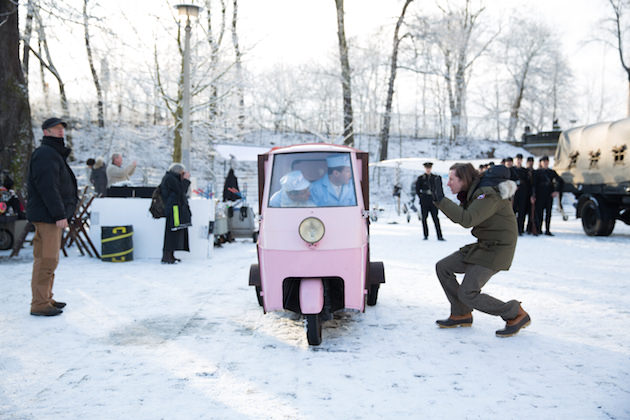 Between these two films, Yeoman’s become one of the most sought-after DP’s for the biggest directors in comedy. Along with doing Anderson’s films, from Rushmore to The Royal Tenenbaums, he shot Dogma for Kevin Smith, The Squid and the Whale for Noah Baumbach, Bridesmaids and The Heat for Paul Feig. We spoke to Yeoman about his long collaboration with Anderson, some of his favorite moments from Budapest, and what it’s like to be on set with some of the funniest people in the world.

People are always talking about how Anderson symmetrically frames his shots. How does that actually work for the guy who is lensing it?

I go back with Wes all the way to Bottle Rocket, and we’ve always shared a similar visual sensibility. Many times we walk in a room and land in the same place. I think we’re pretty similar in what we’re drawn to.

How do you set up the shots?

When we decide where to put a camera, I’ll light it and Wes will often tweak the props, sometimes extensively. It’s such a personal thing, and I just sit back and let him kind of orchestrate exactly how he wants it. It’s a collaboration, but in the end it comes out of him and it’s his movie, and I’m there to try to enhance his vision and do anything I can to make it better. But he’s the one who will come in and say this is how I want to shoot it. Then I come it and light and do the best I can to enhance. I think that’s why his movies are so unique, it all comes from within him. He writes the script, and he has a very distinct vision on how he wants the movie to look. We do an extensive color test beforehand, too. All our movies are on film, so we test how all those colors are coming together before we paint the hotel. It’s a lot of research before we begin filming. 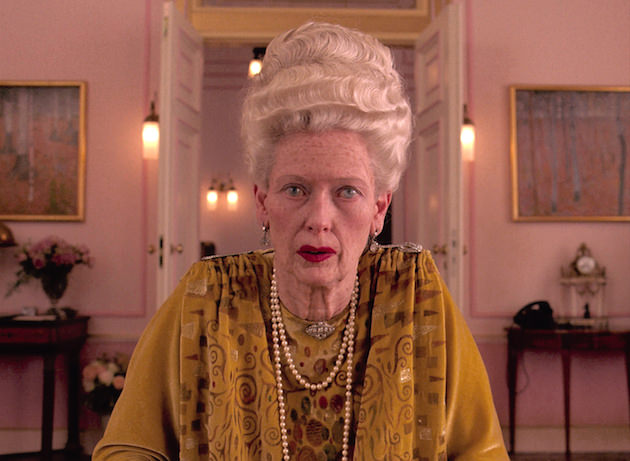 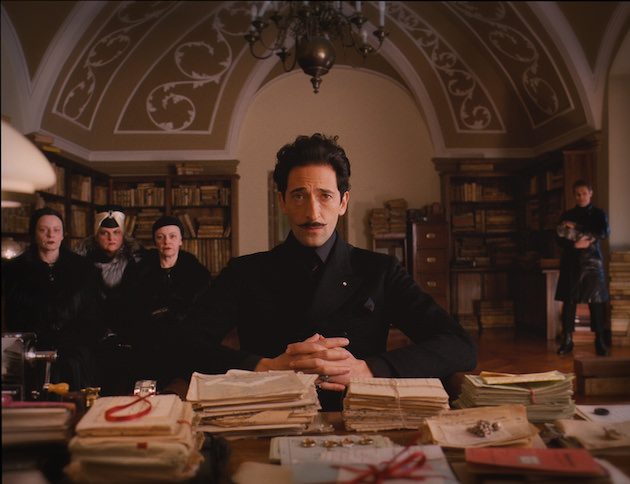 What exactly do you do in your research phase?

I get a long prep time, it’s usually two months or more. On Grand Budapest, I flew to Paris and hung out with Wes, and we took a train to Prague and spent a few days there immersing ourselves in Eastern European culture to get the vibe. Then we went to Germany, where he’d already chosen the department store that we turned into the hotel, and we spent a lot of time talking about the design and the lighting. We tend to go to every location beforehand and really talk through, very specifically, how we want to shoot it, what type of equipment we need, what we don’t need, etcetera. Wes is always going to find the simplest solutions to things and not overdo things. A lot of time is spent hashing out how we’re going to do these things, so when the actor gets there we’ve pre-lit it, the track has been laid and we can move pretty quickly. It makes the day shooting go very quickly.

How do you map out the way the scenes are going to go before the actors get there?

After the locations have been chosen, they do these stick figure drawing cartoons that kind of represent where the camera’s going to be and where the actors are going to be. They’re crude, but they give you a very good idea of what the film is going to look like, where the shots are, the composition, etcetera. Any actor or crew member has access to these, so then they can see, ‘Oh, this is how they plan on shooting it.’ It helps everybody prepare and be very efficient with the energy you use. Occasionally we’ll get there and have to change things because of the physical reality or the weather or something, but I’d say most of the movie in the last two, if you watched the animatic, it’s pretty close to what we shot.

Do these stick figures move and speak?

Yeah, the stick figures are drawn, but each one has it’s own little personality, so you know who’s who, and Wes actually does the voices for all the characters, which is an interesting phenomenon because you can get the attitude from the scene from his intonations and the way he plays the scene. It gives you a very good idea of how things are going to unfold and are going to play out. It’s our little bible in a way.

Do you all keep these on hand during the shoot?

There have been times where in the middle of a scene something will happen, and Wes will get out his iPad and look at the animatic, and we’ll just shoot the scene the way it is in the animatic. Like the action sequences, the shoot-out at the end, those are carefully choreographed and thought out. Some directors shoot a lot of coverage, but Wes’s movies aren’t like that at all. It’s one camera, it’s, ‘This is what the shot is,’ so nearly every shot ends up in the film.

Without coverage there’s very little room for error, though, right?

It’s something Wes has always done. I work with some directors who shoot as many angles as they can, but this is not that at all. It’s very specific, it’s simply, ‘Here’s what we’re going for and here’s the movie we’re making.’ When he gets that from his actors and we achieve it visually, we move on. I personally love this style. I often thought it would be interesting to do a study with a split screen of the animatic and the real scene. It would be a real interesting exercise. Even to the point of hearing Wes’s line readings, and seeing what the actors did with that.

Is there a specific sequences that stood out for you on the film?

Recently I’ve been doing the screenings and the sequence that’s one of my favorites is the scene that starts with Jeff Goldblum coming down the steps and getting his coat from coat check, then gets on the tram and is chased by Willem Dafoe, and he ends up in the museum and gets chased around the museum some more…it just has a quality to it, it just works so well for me, it’s got a sense of humor, but it’s also violent and it’s crazy at the same time. It just this cat and mouse game that we cobbled together a bunch of different locations. We had exteriors from Dresden, interiors from Gurlitz, so if I had to chose a favorite that would be it.

I started doing a lot of independent, smaller movies in the 80s and 90s, some comedies, some not. Wes’s movies are all considered comedies, but the first big studio one was Yes Man with Jim Carey. A lot of the action movies are a tons of effects and green screen, which is just not as interesting to me. Comedies have much less of that, so it’s just more fun to be on the set. Working with Paul Feig, you get a lot of improv, it’s a whole different style of shooting. It’s two cameras pointing at each other and letting the actors riff, and there’s something electric there that I enjoy. This means that on the set it’s a lot more fun. My relationship with Paul Feig is really great. He’s found his niche with women comedians. It’s not as controlled as a movie with Wes, it’s a little more free-form with Paul. They bring actors in the morning, we rehearse and we figure out how we’re going to shoot it. It’s a lot more spontaneous visually.

You’ve got this film Love and Mercy coming up, can you talk about that a bit?

It’s about Brian Wilson of the Beach Boys, and tt deals with the darker periods of Brian’s life. Brian was a producer on the film. They showed it at the Toronto Film Festival last fall and it will probably be released in the spring. I did another movie with Paul, which we shot in Budapest, called Spy, Melissa McCarthy, Jude Law, Jason Statham, it’s a comedy/action/James Bond studio film. I think it’s going to get a big release, the studios are excited about it. It’ll probably come out in May. I’m going back in to do color timing on that now.

Spy was shot digitally, so once it’s all edited and the picture is locked, you go back to the digital files and you really take your time and you go through each shot and make sure it all looks exactly right. So if a scene was shot in a library, you make sure that everything matches so it looks like it was all shot in the same place. We go in to smooth it all out, and it gives you an opportunity to make some major changes. Like in Grand Budapest, the final scene was black and white, but it was originally shot in color. We made that change to black and white and it added a whole different feeling that I felt was very appropriate to the scene. So that’s what you do, you play around so you get the movie visually to look as it was intended. So I’ll spend anywhere from a week or two working with the colorist and usually the director, and the three of us get the movie to look the way it should.