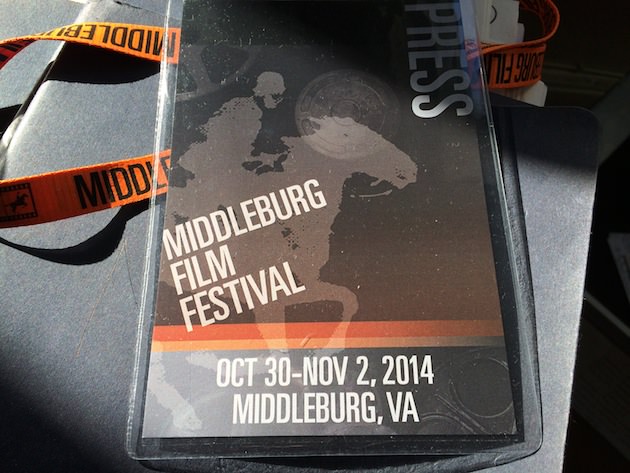 In 1974, the little town of Telluride, Colorado was the location for what would become one of the most influential film festivals in North America. At the time, Telluride was a highly unlikely a candidate to become a place where filmmakers and dealmakers would gather and careers would be made. As Salman Rushdie explained in his essay on the festival some thirteen years ago for The Guardian, the town was originally named “To Hell You Ride” by 19th century silver miners who “tobogganed down the mountains to what was then a wild place,” it was where Butch Cassidy and the Sundance Kid robbed their first bank and was, in 1974, little more than rough-edged ski town. Four years after Telluride Film Festival began, the man who played the Sundance Kid in the film would start his own festival, in another small mountain town, and name it after his most famous role at the time. Like Telluride, Sundance began with a handful of films, a couple of venues, and practically zero press. Now these mountain towns become, for a few days each year, the most important places in the film industry, where careers can be made in a single distribution deal.

One could argue that Middleburg Film Festival, held this past weekend in this beautiful Virginia town, is better positioned to become a player in the festival circuit then both Telluride and Sundance were when they began. Founded by Sheila Johnson, a film producer and member of the Sundance Institute, and co-founder of BET, the Middleburg Film Festival has the same out-of-the-way allure (albeit without the snowcapped mountains) that make Telluride and Park City so appealing. And Middleburg isn’t really out of the way; thirty minutes from Dulles, in a beautiful, small town surrounded by lush fields, it’s accessible while retaining the feel of being a vacation destination. Johnson had none other than Robert Redford come check out Middleburg before the festival’s first year; he agreed the location was absolutely perfect. Although the town’s got but a single traffic light and no movie theater, Johnson has forged ahead and the filmmakers are following.

In just its second year, MFF’s Executive Director Susan Koch and Programming Director Connie White have marshaled some great films and filmmakers into town. White herself is part of the same team that programs the Provincetown Film Festival, which year in, year out celebrates the work of daring, talented individuals. To bring in three-time Academy Award winning costume designer Colleen Atwood and film composer extraordinaire Marco Beltrami shows not only taste but an appreciation for the craft that can get lost in the glitzed out hype of larger festivals. You will likely not see someone like Atwood or Beltrami getting feted at Cannes, let alone in the style and substance that Johnson’s Middleburg team pulled off this year. Director Richard LaGravenese sat for a chat after his musical The Last Five Years screened on opening night, while Vanity Fair special correspondent Maureen Orth talked with Albert Berger and Ron Yerxa, producers of Nebraska, Little Miss Sunshine, Election, Cold Mountain, and this year’s Low Down, on Saturday, over glasses of local wine, no less. There was also composer George S. Clinton (Austin Powers), chair of Berklee College of Music’s film scoring department, master class on film composing, taking participants from idea inception to final composition, while screening examples of his work. Chatting amicably with a lady who happened to be in Middleburg at the Salamander Resort’s bar, The Imitation Game‘s Alleen Leech ate a sandwich, in town with director Morten Tyldum and screenwriter Graham Moore for the film’s 8pm screening.  Not too shabby for only it’s second year in existence.

We got a chance to sit down and speak with both Atwood and Beltrami, in the impressively gorgeous lobby of the Salamander Resort & Spa, the festival’s base of operations that Johnson built. Chatting with Atwood in this setting (she wore a sharp pin-striped suit, we’ll publish this interview and Beltrami’s later this week), where she sipped tea and talked about her incredible run of films (she has never gone more than four years without being nominated for an Academy Award since her work on Little Women in 1994) it was very easy to forget that this festival didn’t exist a mere three years ago. It was here at the beautifully appointed Salamander that Atwood was honored (by fashion designer Kay Unger, no less), sat with The New York Times legendary film critic Janet Maslin for a Q&A, and then had a masquerade ball thrown in her honor. This last bit was a fitting tribute to the woman who has been one of Tim Burton’s not-so-secret weapons throughout his legendary career; festival goers decked themselves out in gowns, suits, masks and hats knowing they’d be partying with the woman behind the fabulous costumes in Edward Scissorhands, Alice in Wonderland and Sleepy Hollow, to name a few of her Burton collaborations.

Beltrami was also honored in fitting style. The Shenandoah Conservatory Symphony performed some of his most famous scores, including Scream and Hurt Locker, on Saturday afternoon. They even played some of his incredible work from this year’s The Homesmen, in which Beltrami constructed a Aeolian harp outside that could tune the wind, as well as an outdoor piano that had strings running some 175-feet up a hill to water tanks that the sound ran through. Beltrami did all this to fit his music into the film’s hardscrabble setting, creating an appropriately haunting, natural sound.

That these two singular filmmakers would be honored, and in such a fashion (in Atwood’s case, litearlly) shows that Sheila Johnson and the seasoned festival programmers she has surrounded herself with, including aforementioned Susan Koch and Connie White, the latter who has done such a nimble job as artistic director of Provincetown Film Festival, are tapping into their film deep reserve of film contacts. Middleburg will be a worthy addition to the festival lineup if it simply continues to attract and honor talented below-the-line filmmakers like Atwood and Beltrami, but it could also become something even more; a potential late season savior for overlooked films to find distribution. In the coming years, imagine if Middleburg became a place for the films that weren’t ready in time for Sundance, didn’t get into Telluride or New York, and got crowded out by flashier films with bigger names in Toronto. Every year there are hundreds of fantastic films that simply didn’t find a distribution deal, or in many cases even get into the increasingly competitive and interconnected festival circuit, where the same films make the rounds at all the majors and major stars are now attached to so many of the submissions. Middleburg could become the place for those films that might not have had the huge star, as well as continue to be the festival that honors our lesser known but no less talented filmmakers. Here’s hoping that Middleburg continues in this direction; we’ll be there again next year.