Yesterday we published part I of "Ridley Scott's 10 Commandments Making Exodus: Gods and Kings," looking at how the director and his team of hundreds of talented filmmakers managed to film God's wrath realistically, on location, and without losing the very human story at the Biblical epic's core. Here, then, is Part II, beginning with Scott's 6th commandment:

6. Thou Shalt Wear Tunics, lots and lots of Tunics. 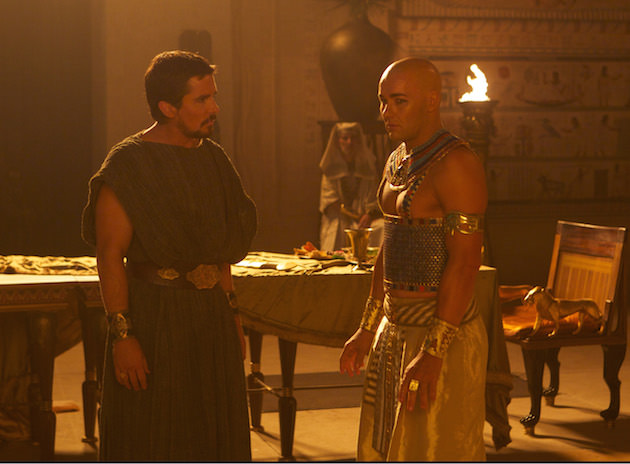 Ridley Scott turned to his longtime costume designer Janty Yates to recreate the look of ancient Egypt, and once again Yates delivered. From thousands of Hebrew slaves to Ramses’ royal kin, Yates created every costume, thread by thread, after doing a deep dive into the periods' materials, color palette and accessories.

According to Yates, Egyptian design was incredibly advanced, and she wanted the clothing to exude the intelligence, luxury and extravagance of the people. Yates used embellished headdresses, beaded wigs and eye-catching jewelry to “power dress” the royal females—showing how much control they had throughout this male-centered story. 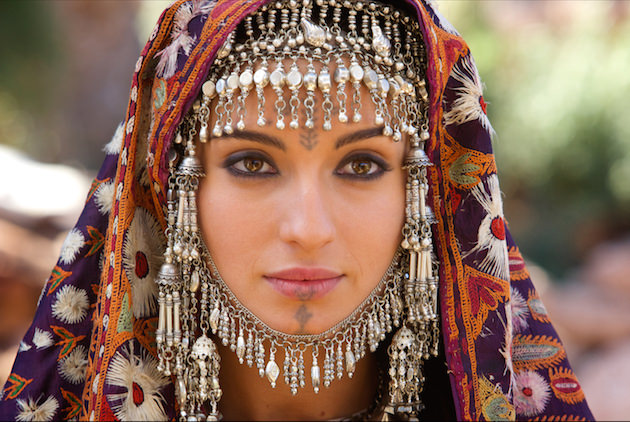 Her favorite costume? Ramses’ jaw-dropping all-gold armor. Yates stayed true to the historical context by recreating Lamellar armor, which consists of hundred of small, rectangular pieces in horizontal rows. Bonus: if you dig the ancient Pharoe’s armor, grab a plastic car bumper and start cutting. Yates used the stuff to create a lighter version for those epic battle scenes. 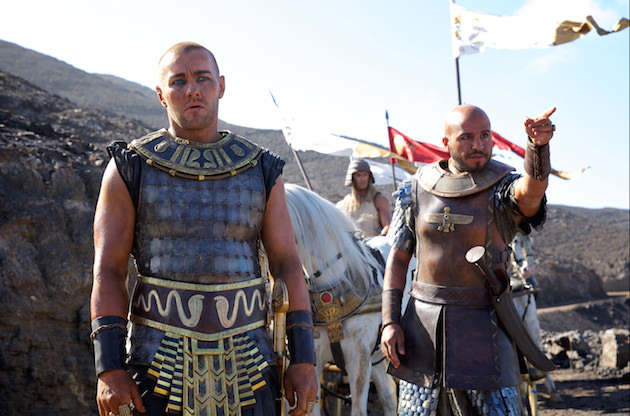 And now, for the most important part of the costume…

7. Thou Shalt Bestow Massive Amounts of Black Eyeliner on all Cast Members, no Exceptions. 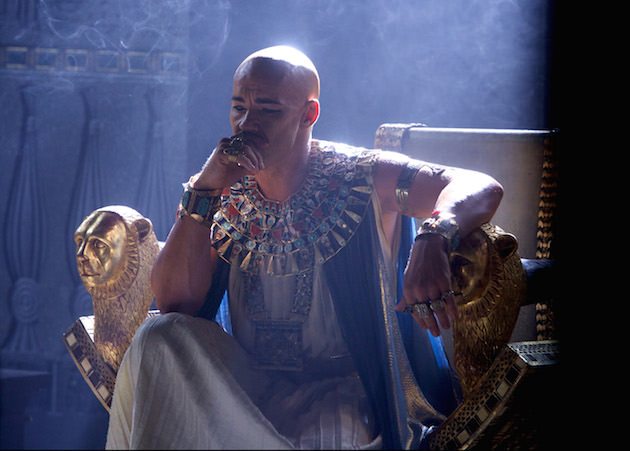 This one is pretty self-explanatory, and one thing that you can count on. There’s no shortage of it throughout the entire film. Frankly, it looks fantastic. 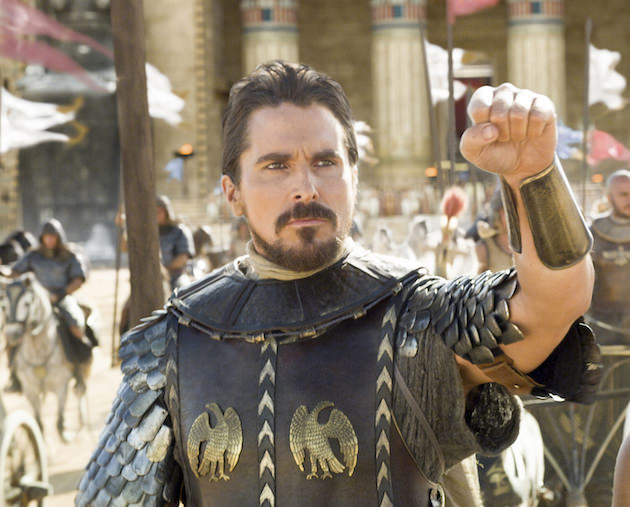 8. Thou Shalt Have the Perfect Crocodiles

Despite 10 plagues, parting a massive body of water and shooting a sweeping, Biblical epic in 74 days, Scott says his most difficult challenge was that of a reptile.

“The hardest thing to do on this movie, for me, would be the crocodiles,” said Scott in an interview with Empire magazine. “They have to be absolutely real. That sequence is one of the first things up in the movie and I’ll be dead in the water if they don’t come off.”

We aren’t sure where these reptiles lie in the grand scheme of Moses’ story, but if they’re anything like Scott’s other visuals, like his use of tigers in that insane scene in Gladiator, we’ve never been so excited to see a croc.

9. Thou Shalt Present a New Vision of God

In movies past, God has typically been played by a man. For Scott, the idea of gender wasn’t important, it was the qualities behind the speaker that mattered. For this reason, he chose 11-year old Brit Isaac Andrews.

"Sacred texts give no specific depiction of God, so for centuries artists and filmmakers have had to choose their own visual depiction," Scott said in an interview with The Hollywood Reporter. "Malak exudes innocence and purity, and those two qualities are extremely powerful."

10. Thou Shalt Trust Ridley Scott to Deliver You The Goods

Here’s one prophecy we can count on: Whether you’re a Bible believer or not, Scott’s Exodus: Gods and Kings is sure to be riveting. He’s one of the best in the business at synthesizing huge, sprawling films into personal stories with characters motivated by human-scale emotions we can all recognize. He knew that in Alien, what made the movie truly terrifying was how normal Ripley and her crew were; these weren’t intergalactic bad-assess, they were regular, working class folks who happened to be on a spaceship and who were eventually hunted down by a ferocious being who, it should be noted, had her own motivations (remember, the alien was a mom). In Blade Runner, Scott took Philip K. Dick’s “Do Androids Dream of Electric Sheep” and turned it into a film about alienation and belonging. Russell Crowe’s Maximus was a war weary veteran grieving over his dead family in Gladiator. There’s no doubt he brought the same feeling to Exodus, making this Biblical epic on a human scale.