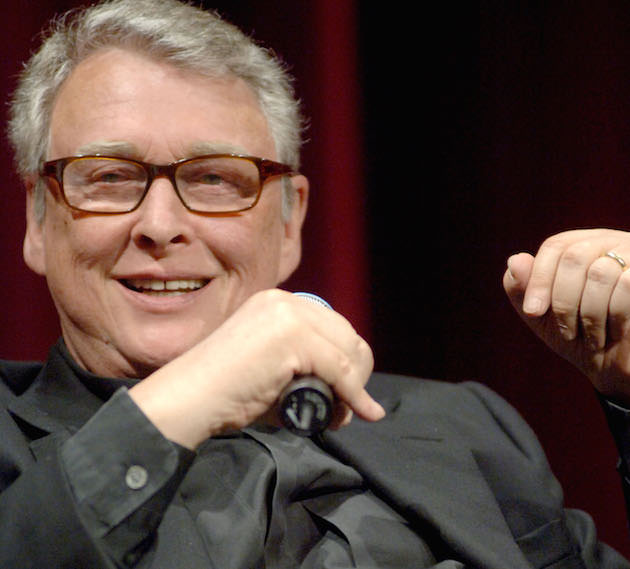 The passing of Mike Nichols on Wednesday, at the age of 83, brings to an end one of the most successful careers in the entertainment business, period. One of the few people to have won an Oscar, Tony, Emmy and a Grammy, Nichols excelled on the big screen, small screen and on the stage for more than fifty-years. He was 80 when he accepted the Tony for directing the astonishing revival of Arthur Miller’s Death of a Salesman in 2012, starring the late Philip Seymour Hoffman in the role of Willy Loman.

Nichols' ability to connect with actors is perhaps unparalleled. In comedies and dramas, on screen and on the stage, he has directed some of the landmark performances of the past half century. Take Who’s Afraid of Virginia Woolf from 1966; it garnered Academy Awards for Elizabeth Taylor (Best Actress), Sandy Dennis (Best Supporting Actress), and nominations for Richard Burton (Best Actor) and George Segal (Best Supporting Actor. This is to say nothing of the other three wins and six nominations it received, the latter of which included a Best Director and Best Picture nom. This was his first directing gig.

A year later, on just his second film as director, Nichols won his Best Director Oscar for The Graduate, and also managed to make a star of Dustin Hoffman in the process (Hoffman was nominated, playing a 21-year old Benjamin Braddock while he was 30-years old), pitting him against the formidable, dynamic Anne Bancroft (also nominated).

Nichols’ touch with actors was just as potent on the stage. He helped propel Whoopi Goldberg to fame by producing her one-woman show on Broadway. He directed huge stars on Broadway, including Julie Christie, George C. Scott, and Morgan Freeman. He directed huge stars off Broadway, including Robin Williams, Steve Martin, Meryl Streep and Natalie Portman.

As The New York Times wrote in their obit, Nichols didn’t create a recognizable visual style like his contemporaries Martin Scorsese or Woody Allen, but he was drawn to one type of narrative more than others; the complexities of romantic stories. “I’ve always been impressed by the fact that upon entering a room full of people, you find them saying one thing, doing another, and wishing they were doing a third,” he said in a 1965 interview with the weekly newspaper The National Observer. “The words are secondary and the secrets are primary. That’s what interests me most.” As Dana Stevens over at Slate reminded us, Nichols has said there are only three kinds of scenes; "A fight, a seduction or a negotiation.” He was great at all three, and romantic dramas usually had them in spades.

So what Nichols films and shows might you watch if you want to see all of Hollywood and Broadway is mourning his loss and celebrating his life? Here’s a brief list to whet your appetite for one of the great directors, in film, the theater and television, to have ever plied his trade.

You can’t do much better than Taylor and Burton in one of the most incendiary films released by a major studio up to that point. Burton and Taylor played the married couple George and Martha; the former’s an alcoholic college professor, the latter’s got an explosive temper with a weaponized wit. This is the viper pit their dinner guests Nick and Honey enter—based on Edward Albee’s play, Nichols first attempt at directing was an astonishing success.

Just his second film as director, Nichols made then what was one of the most gutsy casting decisions in film history; the short, Jewish, 30-year old unknow New York stage actor Dustin Hoffman for the role of 21-year old, Southern Californian track star Benjamin Braddock. As Hoffman told The New Yorker in 2000, “There is no piece of casting in the 20th century that I know of that is more courageous than putting me in that part.” Braddock sleeps with the wife of his father’s best friend, the finds himself falling in love her daughter. The film is a cultural touchstone.

Written by Jules Feiffer, Carnal Knowledge is a caustically hilarious story about the 25-year sexual education of college roommates Jonathan (Jack Nicholson) an Sandy (Art Garfunkle). Through their differing approaches to sexual and romantic fulfillment, Jonathan and Sandy’s story is an unflinching look at how you really just can’t have it all. Co-starring Candice Bergen, Ann-Margaret and Carol Kane, Nichols’ film is a fearless portrayal of men and their mistakes.

Nichols collaborated with the late, great Nora Ephron in 1983 for Silkwood, starring Meryl Streep, and teamed up with her again for Heartburn, based on Ephron's novel of a marriage in trouble (widely believed to be a roman á clef about her marriage to Watergate reporter Carl Bernstein. Streep plays food critic Rachel, married to Jack Nicholson's columnist Mark, in one of Nichols' many barbed, caustic looks inside a crumbling relationship. Heartburn also features the film debut of Kevin Spacey, see if you can spot him.

Back with his longtime collaborator, the spectacular Elaine May, adapted the script from the 1996 bestseller that fictionalized Bill Clinton's first presidential run (written by "Anonymous," also known as Joe Klein), Nichols' film follows Governor Stanton (John Travolta) as he charms, smarms and seduces his way across America. With an outstanding supporting cast, including Emma Thompson as his smart, shrewd wife and Billy Bob Thornton as his James Carville-esque hillbilly tactician, Nichols gets whip smart performances across the board.

When Tony Kushner adapted his powerful political epic about the AIDS crisis in the mid-80s, he turned to Nichols to direct the mini-series, and the results was truly transformative television. Nichols way with actors, in this case actors playing multiple roles, turned what seemed like an impossible adaptation into a triumph, with performances from Al Pacino (one of the few headline actors with a single part, playing powerful, closeted, AIDS-stricken attorney Roy Cohn), Meryl Streep (she played four parts), Emma Thompson (three parts) and Jeffrey Wright (four parts) that were nothing short of phenomenal.

Adapting Patrick Marber's play about two couples who becoming too close for comfort, Nichols gets one of the better caveman performances of the decade out of Clive Owen (he calls himself one in the film, and he truly is), with Julia Roberts, Natalie Portman and Jude Law all becoming hopelessly intertwined.

Of course, we could have chosen an entirely different list, and merely wanted to dip into every decade and mix up the genres. We left out classics like Silkwood,  Working Girl and Birdcage, and one personal favorite from childhood, Biloxi Blues (For Christopher Walken's performance alone is worth watching this), and Charlie Wilson's War (Philip Seymour Hoffman steals every scene, per usual).

And, in a final piece of good news for soon-to-be Nichols fans (I'm talking to you, anyone under 30), former theater critic and current editor-at-large for New York Magazine Frank Rich wrote yesterday that a cut has just been finished on a documentary about Nichols he produced for HBO. Rich was hoping to show it to Nichols after Thanksgiving, along with Jack O'Brien (a close friend of Nichols and a director himself) and the documentary director Doug McGrath. "We were eager for him to see it most of all because he’d have countless ideas about how to improve it," Rich wrote. "In that, at least, we were like everyone who came before us — delirious over the prospect of being directed by Mike Nichols."