Prepping You for Mockingjay – Part I

When it's all said and done, Francis Lawrence will have directed three of the four films in the Hunger Games franchise. His task for the final two was not easy. As the filmmakers did with Harry Potter’s final book, Suzanne Collins’ third and final book has been split into two films.

In the event that you have not been keeping up with news in Panem—the future America in which the Hunger Games films take place—several of the districts are now in a full-blown revolt as a result of Katniss (Jennifer Lawrence, as if you were unaware) once again finding a way out of the games and defying the Capital. So where are our ill-fated lovers Katniss and Peeta? What has become of Gale, our favorite and most passionate protector? And one doesn’t want to miss the late Philip Seymour Hoffman in his powerful posthumous performance opposite new cast member Julianne Moore. To help catch you up, see below for where each character left off and what you can anticipate when Mockingjay—Part 1 lands in theaters on Friday, November 21. 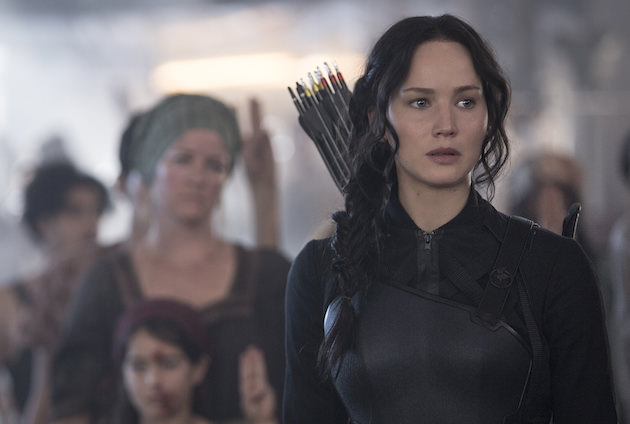 In one of the last times we saw the ‘girl on fire,' she was unconscious and being lifted out of the arena in a hovercraft. When she woke up, she was stunned to find her mentor Haymitch (Woody Harrelson), Plutarch Heavensbee (Philip Seymour Hoffman) and fellow tribute Finnick Odair (Sam Claflin) all aboard, where they explained she had been the pawn of a secret revolution to overthrow President Snow revolt against the Capital for years. Here Katniss has a bit of a meltdown (it's understandable), so they drugged her and put her to sleep. She awakes on a hospital bed where her childhood friend from District 12, Gale (Liam Hemsworth) greets her and tells her their home of District 12 has been obliterated in an air raid. Rough news to get first thing when you wake up. Effectively turned into a refugee, the wrath of Katniss is born.

What’s next for Katniss?

Mockingjay—Part 1 has Katniss returning to the ruins of District 12. Her family now live in District 13, an subterranean enclave where her people are beginning to foment a rebellion against President Snow. Now that she’s properly furious, Katniss is willing to do whatever it takes to get Peeta back and take down the Capital for good. On reprising her role, Lawrence noted in the production notes that she “felt almost like an entirely different character because she is so stripped down and feeling so empty.” That new character is the Mockingjay—the public symbol of the revolution—as Katniss has agreed to star in a series of viral propaganda commercials that will air for all the rebels of Panem to see, to know they are not alone, to know that, finally, they have a voice in this fight. 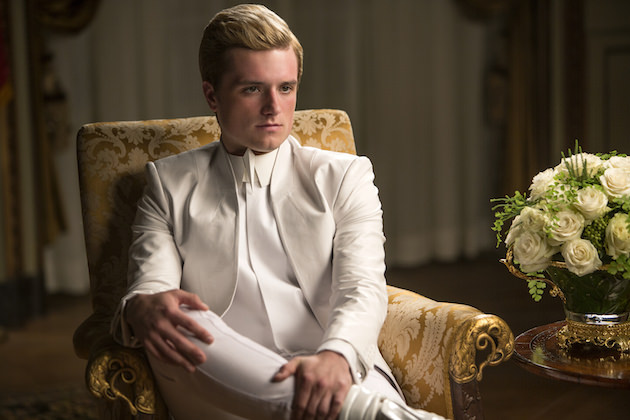 Katniss was always a top priority to save from the games; unfortunately the fellow tributes in on the plan were unable to save Peeta as well. His tracker was left in, and, as a result, Peeta was captured and taken as a prisoner by Snow.

What’s Next for Peeta?

Earlier this summer fans were treated to haunting posters that featured portraits of Peeta and fellow tribute Johanna Mason (Jena Malone) dressed in all white posed in statue-like form behind President Snow. The posters, which brought pandemonium to all loyal Hutcherson fans, were intended to symbol Panem’s strength despite the uprising. As prisoner, Peeta is forced to speak on camera in a series of interviews, where he warns Katniss to stop fighting against The Capital. It becomes clear these star-crossed lovers may be on different sides of the revolution. 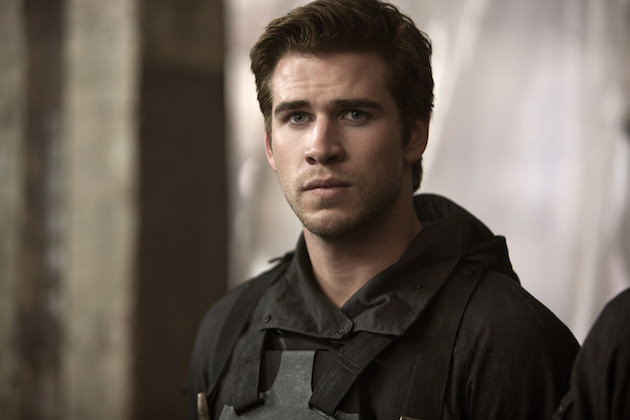 Faithful friend and forever second in line for Ms. Everdeen’s heart, Gale didn’t have much of a presence in the first two films. What we did see of him—a dramatic torture scene with his shirt off—we were fond of (not the torture, his torso). What Gale shares with Katniss is their former home, and once District 12 is reduced to ash and rubble, Gale’s role in her life looks about ready to finally become much larger.

What’s Next for Gale?

Prepare for lots more of him (perhaps shirtless! One can hope) in Mockingjay Part 1 and Part 2. Gale’s gone underground, literally and figuratively, with the rest of District 13, and he’s officially Katniss’ partner-in-crime slash watchdog. On his character’s biggest transformation yet, Hemsworth explains, “Gale has reached the tipping point. He’s had enough as far as the Capitol’s abuse goes, so he’s not scared to stand up to it. He feels ready to go to war, in spite of the costs, to try to take down The Capitol.” 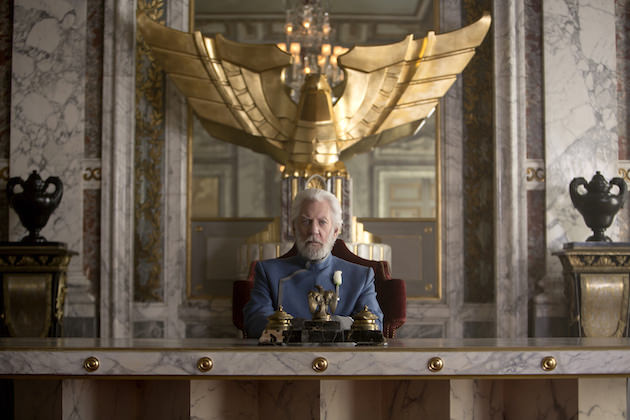 At the start of Catching Fire, the conniving, cruel, snow-beard President of Panem made it clear to Katniss that, should she continue act out, he would make a lot more people than just her suffer. As the Mockingjay, Katniss has now made a direct enemy of President Snow, a proposition no one has survived yet.

What’s Next for President Snow?

With every Panem district in full rebellion, President Snow’s rule is being outright questioned and his ability to quell the unrest challenged. With Peeta as his prisoner, Snow knows he has one good card left to play in the game of taking down Katniss and snuffing out the revolution. In a league that includes Game of Thrones’ Charles Dance, there are few actors who command the screen as powerfully as Donald Sutherland, who brings gravitas, intelligence, and cruelty to a role he told GQ last month he petitioned for with a letter after reading the script. “The role of the president had maybe a line in the script. Maybe two. Didn't make any difference,” Sutherland said. “I thought it was an incredibly important film, and I wanted to be a part of it.” 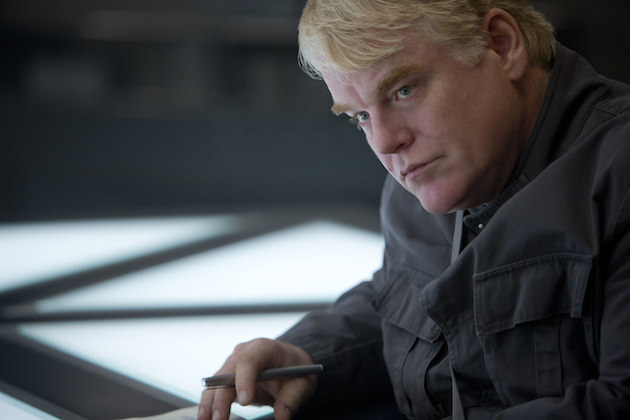 Plutarch was Head Game Maker of the Quarter Quell, but as it was revealed in the final scene of Catching Fire, the former manipulator of all things death-match had been working undercover to gain inside access to President Snow and the games and help plot the rebellion. It turned out the Hunger Games were just a front for the real game Plutarch had been designing; a revolution. Who better to play him that Hoffman.

What’s Next for Plutarch?

Stepping into the first part of his last on screen roles, Hoffman’s Plutarch character is now the brains behind Panem’s rebellion from District 13. Mockingjay—Part 1 is dedicated to the late actor, who passed away earlier in 2014. While he had finished reprising his role for Part 1 before his death, he still had a week left on the set of Part 2 (out in 2015). Plutarch’s journey from Catching Fire to Mockingjay is about finding himself and his true place in Panem. “Phil was so great, hitting both on Plutarch’s sense of humor and his political maneuvering,” Francis said in the production notes. As the voice of reason between Katniss and President Coin (Julianne Moore), Hoffman’s indelible screen presence, truly one of a kind, stays with you long after the credits roll. He will be sorely missed. 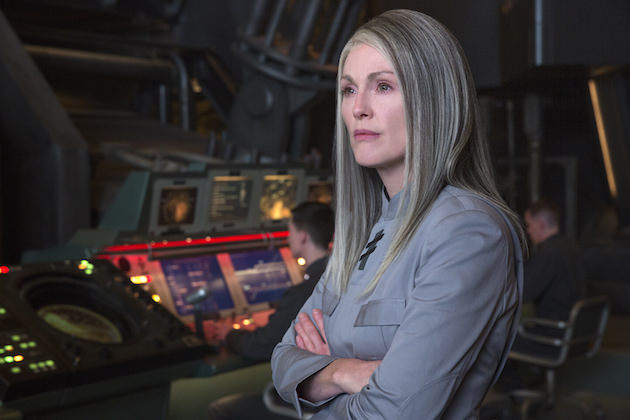 Julianne Moore joins the star-filled cast as District 13’s authoritarian leader President Coin. In tandem with Plutarch, Coin works to prepare Katniss for war against the Capital and readies the people of District 13 for a national revolution. While Katniss’s relationship with Coin may be a rocky one at first, Lawrence shares that she was more than excited to have Moore join the team. “When I heard she was going to play Coin, it was the most exciting, unbelievable news in the world. I think Julianne is one of the greatest actresses of all time, just absolutely phenomenal.”

You're all caught up, now you can go join the rebellion. 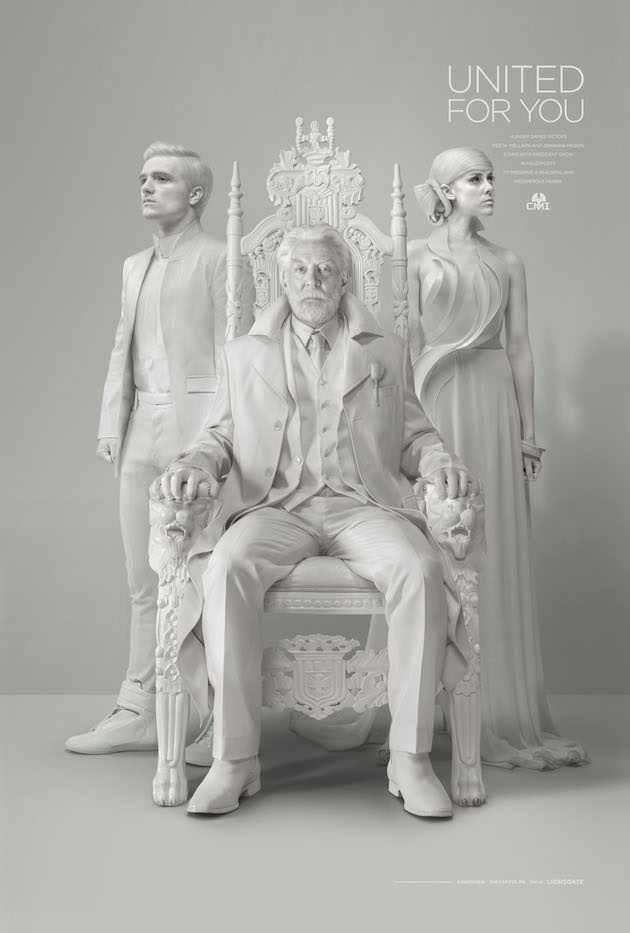