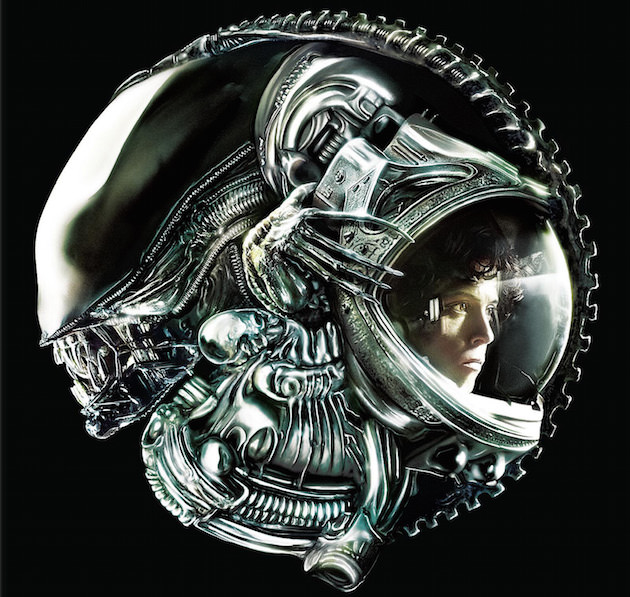 With the launch of Where to Watch, it’s now considerably easier to find and watch your favorite films and TV shows. The holidays are usually a pretty excellent excuse to spend time with your family by all sitting silently in a dark room watching a movie.

Since the Interent became a thing and then a much bigger thing, and now a sort of all-encompassing and inescapable thing, the holidays also mean holiday watch lists. Nearly every online outlet is now providing you with some kind of Thanksgiving watch list, and with nearly every one of them telling you to watch Planes, Trains & Automobiles (rightfully so), and with every outlet ready to tell you, once Christmas rolls around, to watch Love, Actually, we figured we could provide you with some counter-programming.

We wanted to put together a list that’s not necessarily about Thanksgiving, and not necessarily feel good films, but films about families, both blood related and not, coming together or coming apart, but all dealing with major issues. You can watch these films with your families, talk about them, and feel grateful, feel thankful that you're not dealing with these issues. It’s not all easy-watching in this list below, but it’s all worth watching, the most important criteria of all.

And if things get a little too intense, you can always binge watch Arrested Development.

The 35th anniversary Blu-Ray DVD version of Ridley Scott's classic was recently released, and while on first blush it might not feel like a "family" film, it bears a closer look. The Nostromo's crew is certainly family-like, a bunch of blue-collar workers who happen to ply their trade on an intergalactic spaceship. Watch the way they eat together, laugh, joke, argue, provoke, and you'll see this is sorta-kinda sneakily a film about a family. When trouble arises in the form of a face-hugging alien (this scene still terrifies), followed by increasingly desperate situations as the little alien grows up fast, it's up to Ripley (Sigourney Weaver) to do her best to keep her work family alive. Definitely not a film to watch before you eat, of course.

If you’re too young to know why this makes for great holiday viewing, queue this film up with your parents and watch them get misty eyed at the soundtrack alone. Writer/director Lawrence Kasdan, making the switch from a galaxy far, far away (he co-wrote The Empire Strikes Back and The Return of the Jedi) to this comedy-drama stuffed with great music, great performances (Kevin Cline, who makes our list twice, Glenn Close, Jeff Goldblum and, in the casket and seen for about a second, Kevin Costner!) in a story about the sad reunion of college friends after one of their own committed suicide. Yes, it’s a bleak storyline, but it’s one of those films that bears repeated viewing, as the friends gather for a weekend and slowly reveal themselves, their unhappy marriages and every other ugly, understandable, human emotion that all coheres into what becomes, incredibly, a comforting film about troubled relationships.

Revisit the work of two late, great talents in one fantastic film about the power of a family that sticks together…after the son hideously asks his father to pretend to be straight. Director Mike Nichols, who passed away last Wednesday, and actor Robin Williams, who passed away last August, delivered a touching comedy about gay cabaret owner Armand Goldman (Williams) and his partner Albert (Nathan Lane) attempting to pretend to be straight so their son can introduce them to his fiancé’s right wing parents, played by none other than Gene Hackman and Dianne Wiest. Working with his longtime collaborator, screenwriter Elaine May, Nichols’ remake on the beloved French musical La Cage aux Folles has aged extremely well, filled with touching performances and hilarious moments.

We warned you this list wasn’t necessarily about easy watching. Set during Thanksgiving weekend of 1973, Ang Lee’s haunting adaptation of Rick Moody’s novel revolves around a wealthy Connecticut’s family slow, painful dissolution as infidelity, alcohol and misplaced affections spread across the lives of nearly a dozen well wrought characters. With a cast of world class actors, including Kevin Kline, Sigourney Weaver, Joan Allen, Elijah Wood, Tobey Maguire and Katie Holmes, this is perhaps the most potent, painful film on our list, but it’s undeniably compelling.

Kenneth Longeran’s directorial debut (he wrote the hugely successful Analyze This in 1999) is one of the best films about siblings, period. Seriously. Starring Laura Linney as Sammy, a single mother leading a quiet, sane life in upstate New York with her son Rudy, and Mark Ruffalo as her brother Terry, a self-destructive, semi-hapless lost soul who abandons his pregnant girlfriend and arrives at Sammy’s house to borrow money, Longeran's film is filled with perfect touches that are both genuine, sad, and quietly moving. Sammy’s not happy about Terry’s arrival, both the reasons for it and the fact that it upsets her quiet, if dull, life. She’s even less happy about the bond Terry forms with her son. But, the love between brother and sister is evident throughout, and with a charming, brief cameo by Longeran himself as a pastor trying to help Sammy deal with past issues, You Can Count On Me slowly builds into a beautiful story about two siblings who, above all else, want to be there for each other.

Simin (the phenomenal Lelia Hatami) does not want her daughter, Termeh (Sarina Farhadi), to grow up in an increasingly limiting Iran. What’s more, she and her husband Nader (Peyman Moaadi, equally fantastic) are nearing a separation. Simin wants to leave Iran with her husband and daughter, but Nader won’t leave behind his ailing father. His refusal to leave leads Simin to file for divorce, not a simple procedure in her country. In fact, the court says there is not sufficient reason for them to separate, and won't allow it. Their lives are further complicated when Nader hires a deeply religious woman to help care for his father, the implications of which have unintended ripple effects for all of their lives. Writer/director Asghar Farhadi’s A Separation enthralled audiences in 2011, and became the first Iranian film to an Academy Award for Best Foreign Language Film in 2012. It’s a conversation starter, an opportunity to get a real feel for life in Iran, but also, and most crucially, it’s just an excellent film.

Alexander Payne’s bittersweet, ultimately beautiful film about one Nebraska family’s struggles with their aging, gruff patriarch (a wonderful Bruce Dern) who seems to be suffering from dementia, becomes a moving portrait (and a road trip movie, to boot) of familial loyalty, resilience and love. Will Forte, June Squibb and Bob Odenkirk provide subtle, funny performances as they try to figure out how best to deal with their troublesome father and husband; a family reunion provides them an opportunity to reevaluate their relationships and rally around one another in a film that becomes, by the third act, surprisingly moving.