Disney Animation Pushes the Boundaries of Technology With Big Hero 6

By Janelle Tipton and Cynthia Momdjian, Courtesy of The Walt Disney Studios

Fighting an evil villain and saving the day are probably not very high on an average teenager’s daily to-do list. But for robotics prodigy Hiro Hamada, star of Walt Disney Animation Studios’  animated feature Big Hero 6, those tasks just happen to pop up on a typical weekday. With the film opening in domestic theaters this past Friday, audiences are now joining the mini mastermind and his inflatable robot sidekick, Baymax, on an action-packed adventure as they get entangled in a dangerous plot unfolding in the bustling, East-meets-West city of San Fransokyo.

This time around, Marvel’s vault of epic super hero tales was opened to explore new ideas. “[Marvel] encouraged us to take Big Hero 6 and do our thing with it,” director Don Hall says. “From the get-go, they were very gracious with their property and are incredibly supportive.” Producer Roy Conli added that Joe Quesada, chief creative officer, Marvel, and Jeph Loeb, executive vice president and head of Television, Marvel, were a part of the development process at the film’s early stage. “It’s been an amazing relationship,” he says.

They may have been inspired by the comic book’s title and characters, but there’s no question that Walt Disney Animation Studios created its own unique world with Big Hero 6. For Don and his counterpart, director Chris Williams, creating the film has been an unforgettable experience. “It’s kind of a dream come true,” Don admits. “The action part of the story appeals to my 8-year-old self. But the core emotional relationship between Hiro and Baymax appeals not only to my 8-year-old self but to my 45-year-old self, as well.” 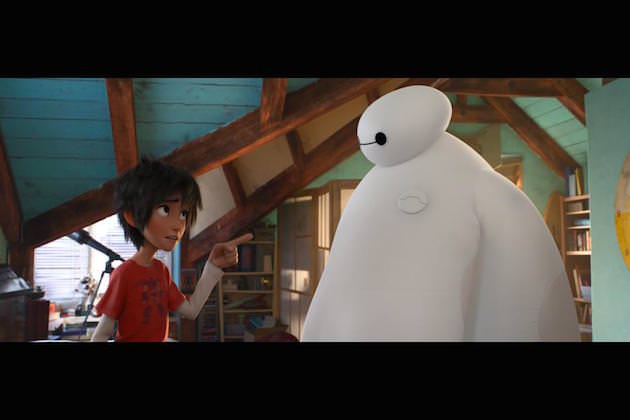 Defining that connection between the leading pair was an especially exciting challenge for Williams. “Finding the personality of this movie was a journey on its own,” he says. “That idea inspired us to challenge each other a lot.” To find those characteristics, the filmmakers relied on multiple sources of inspiration, which included landmarks from San Francisco and Tokyo. They even went back to school and visited Carnegie Mellon University and MIT to research and learn more about the science behind robotics.

To bring the largest cast of main characters in a Disney animated film to life, John Kahwaty, character technical director, and his team invented a proprietary software called Denizen. “On our average animated Disney films, we have two to three main characters,” Zach Parrish, head of animation on Big Hero 6, points out. “Frozen had six main characters. On this show we have about 15 main characters.” This system helped animators create more than 700 unique characters and set up their motions so each of them could walk, talk, and more.

The Walt Disney Animation Studios technology team also developed a new rendering tool called Hyperion, which revolutionized the lighting on the film and enabled Big Hero 6 artists to achieve an unprecedented level of detail and artistry in each shot with ease. Such complex images would have required far too much time to render with previously available systems. 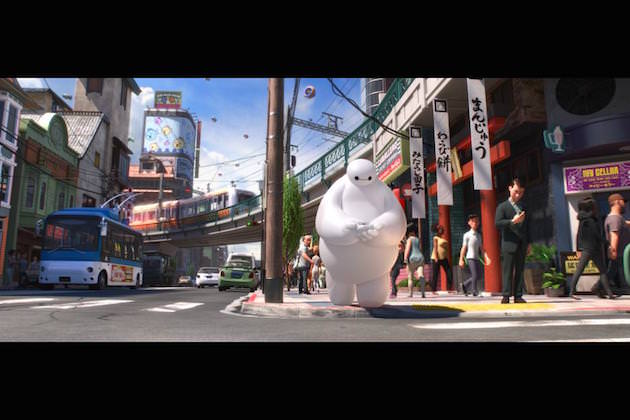 Another milestone for the film was its action sequences—the most for any Disney animated movie. To meet the creative and technical demands of each production, Walt Disney Animation Studios has continued to expand its Visual Effects team over the years. “As a department we’ve actually grown significantly over the past few films,” Nathan Curtis, effects production supervisor, observes. “In Tangled we had 13 effects animators, and in Big Hero 6 we’ve actually grown to 40.”

By bringing more of these visionaries to the table, Disney continues to push animation boundaries and create ever more immersive and exciting film experiences.