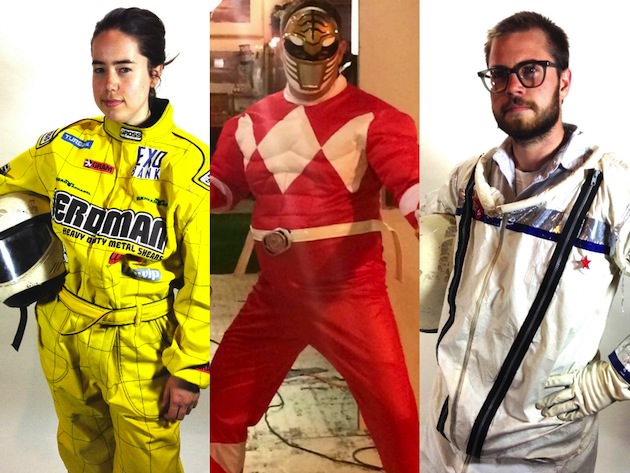 Win Your Halloween Costume Contest With Duds From Actual Films

Not only can you do as the title suggests, you can also help save the planet. All you have to do is live in New York. Here's how.

Head to an 11,000 foot warehouse in Gowanus, Brooklyn, on 540 President Street, and sample from a gargantuan collection of costumes, props, and more. The bonus? All of these articles come from film and television productions, commercials and theatrical plays. Whether you need a period piece dress, a vintage suit, a headstone, a glowing skull, a couple of realistic looking parking meters, mailboxes, a severed foot, a Victorian-era stroller, a Sanitary Inspection Grade, or a spacesuit that will inch you as close to looking like Matthew McConaughey’s Interstellar character as you’ll ever get, this is your one-stop shop. 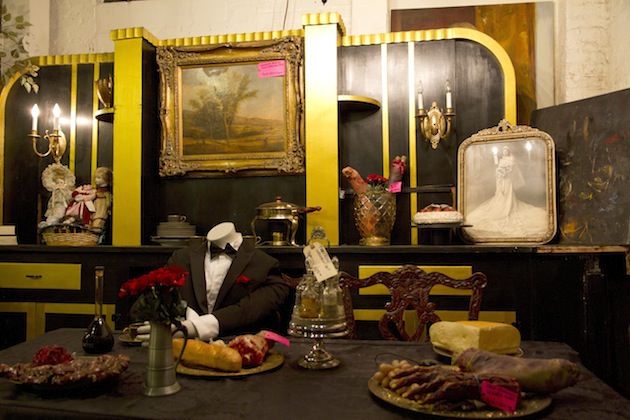 Welcome to Film biz Recycling (FBR), a unique non profit that’s committed to preventing pollution, creating jobs and aiding the community by diverting set materials to local charities while also operating the above-mentioned retail store. Not only can you outfit yourself with some seriously dapper duds for Halloween, you can feel good that the money you’ve spent has gone to a good cause. Thus far, FBR’s impact since their 2008 inception is no joke; 450 tons of materials diverted from the NYC waste stream.

Eva Radke, founder and president of FBR told us that you won’t find anything like what they have in a costume shop. FBR accepts donations of props, wardrobe and set materials exclusively from NYC’s film, television, commercial and theatre communities. This means that just about every item of clothing was “handpicked by a decorator who was paid handsomely for their selections, for their eye.” Props you’ll find here had to be okayed by a production designer, set decorator and a prop master. The films, TV shows and plays that donate their costumes, props and more to FBR run the gamut from indie productions to major motion pictures, television series and Broadway plays. This means you’ll find props from the set of 30 Rock, SNL and The Colbert Report to name a few.

The staff sorts the donations for optimum sustainability (social need and environmental impact) and then redistributes more than 60% of donated items through its’ network of charities and nonprofit partners in the New York City area. The charities include Blissfull Bedrooms, an all-volunteer organization that helps transform the personal spaces of young people with limited resources an who have physical disabilities, and Room to Grow, an org that assists low-income families who are expecting children (and up to three years after the child is born) with developmental information, customized support and ensuring that all of the necessary baby times are available to them. “Our main mission is social and environmental,” Radke says, “and hopefully the side product of that is a better prop house, affordable beauty, a look behind the scenes.” 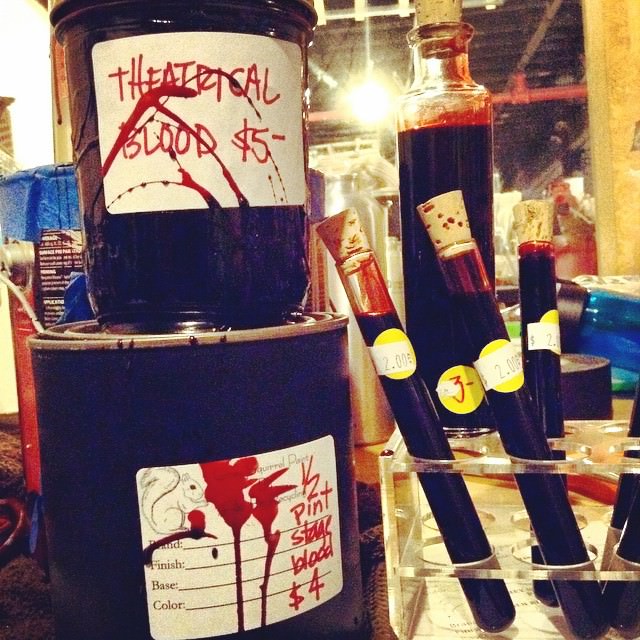 For the discerning Halloween participant, Radke rattles off a list from the top of her head of the things you’ll find at FBR: “Fake blood (theatrical blood), which we put it in masons jars and test tubes, tons of décor, costumes, shoes, wedding dresses with bloody entrails sewn into it, makeup, an Elvis costume, a Boba Fett costume, if you’re making a graveyard we have those faux-headstones, we’ve got a casket, tons of body parts, eyeballs, severed hands and limbs. We even have 3D medical equipment, god knows what that was used for, so if you want to be a patient, we’ve got an IV you can roll down the street. It has a real look to it.” We both agreed considering Ebola fears, this might not be the best idea. 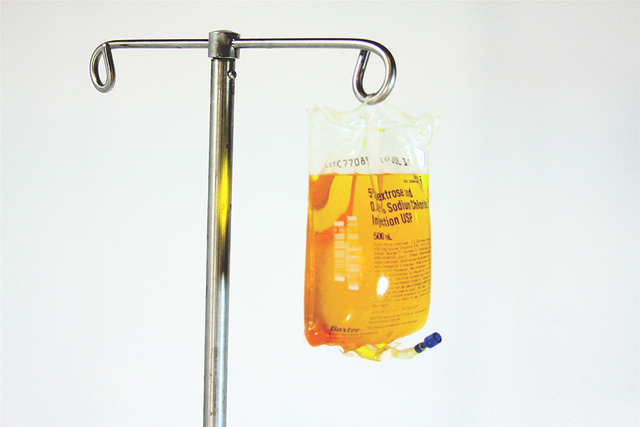 Radke's personal favorite prop is a KGB phone with a bullet hole in it which they got from the set of Angelina Jolie's Salt. "And we also got in a stunning French mirrored short-wave radio from World War II," she says. "Very fine and super expensive for the time."

FBR works both ways, as a repository for costume, props and set materials as well as a place to begin accruing your necessary pieces for your new project. Every production that donates their items to FBR, and every person who goes to their retail outlet and buys stuff, is helping fun their charitable work. You can also rent from them on a weekly basis. FBR is a place you can outfit yourself for Halloween, gear up for your upcoming film, or, buy stuff for your apartment.

Radke started FBR after working in television for fifteen years and seeing the waste. “I was the art department coordinator on huge TV commercials, super bowl commercials, and I was also a designer and decorator, and I spent a lot of my time trying to find homes for stuff that shouldn’t be thrown away, and the answer was often a dumpster. And I was frustrated with the donation sites, too, because they were always asking me to come in a week, and they were picky about what I brought. What this industry needed was a one-stop shop.”

So that’s what Radke created, a place where even the strangest, most seemingly useless prop or bizarre piece of wardrobe can find a home.

“We’ll take care of it, we’ll give you a receipt, just don’t worry about it, we got it. Unless it’s on fire, dangerous, or a piece of broken Ikea furniture, we’ll take it. We even have compost. We do everything from metal recycling, fabric recycling, we even repackage unused paint in mason jars. What we have for sale or rent on the floor, it’s really the top twenty percent of what we get in, most of it goes to charity.”

FBR operates on a zero waste policy; meaning, not a single donated material will go to waste. Every item is reused, recycled, redistributed or repurposed. This practice includes the way their employees throw away their own food scraps; the remnants from breakfasts, lunches and dinners are are picked up by local composting service, Vokashi, and distributed throughout community farms in Brooklyn.

And we’re talking about tons of material, to the tune of 122 tons in 2013 alone, representing 711 productions. This included more than 200 films, 165 commercials, 100 television shows and 30 stage productions. 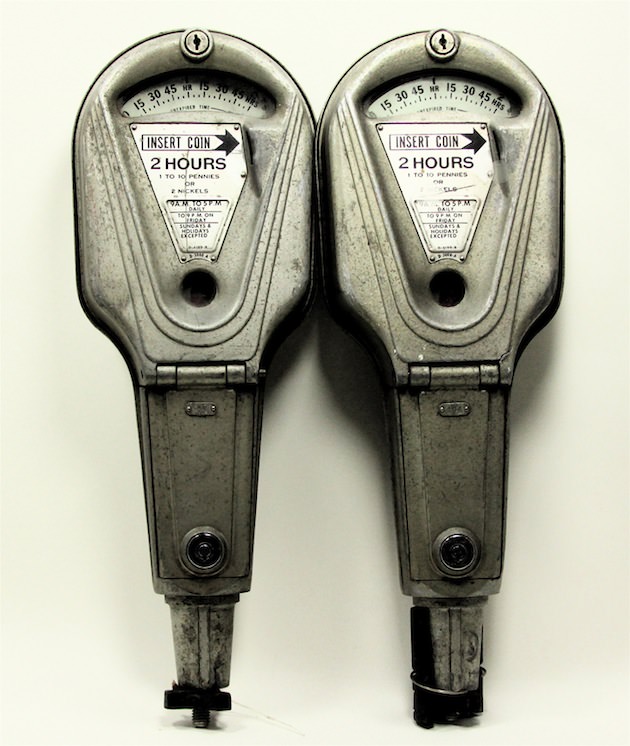 People often coming in looking for the marquee prop from a film, which is more than often kept by a member of the crew or the actor who used it. “People ask, ooh, do you have the guns from Men in Black III?” Radke says. “No, but we’ve got the throw rug in the background.”

Yet they do have a lot of insane props, some of which are actually quite beautiful, in a Mad Men way, from old Corsair radios, vintage typewriters, beautiful old telephones (including a payphone), an old telescope and a Keystone 8mm camera to name a few. This is to say nothing of the more practical pieces of furniture and household items they have.

“The budget for set dressing one show is around $60,000 an episode,” Radke says. “We could open up our own Bed, Bath and Beyond with the stuff we have.”

As for Radke’s long term goal for FBR, she had a simple answer; “To be unnecessary. Also, to have everyone who I’ve asked for support and said no, to stop telling me to call Leonardo DiCaprio.”